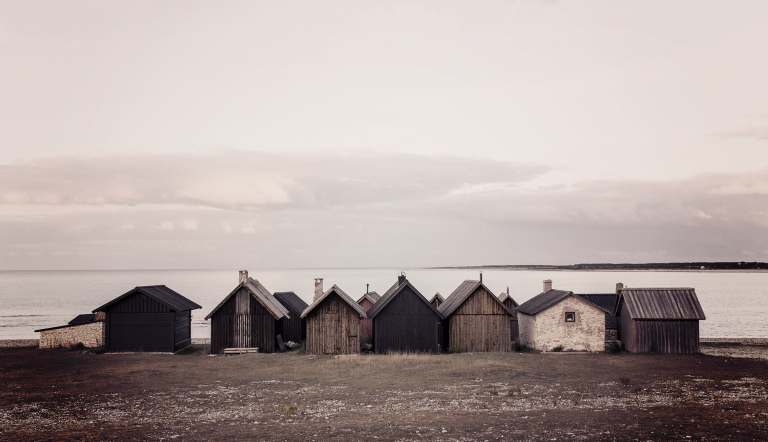 Throwback to When Airbnb Was AirBed&Breakfast

The Airbnb's product rode the assumption that strangers would pay to stay in your home. Airbnb debuted an MVP quickly, iterated often, and is worth…

It’s easy to look back at the inception of household names and see an air of inevitability. But the landscape during the early development phase for many companies was vastly different to the way it is now. Disrupters by definition change the market they enter. One thing they have in common is that they got a minimum viable product (MVP) in the hands of users as quickly as possible, then tested their assumptions against real data, and continued the iterative process. It’s often difficult for stakeholders to believe that starting with something so small is the best way to create something that will one day provide value to millions of users, but these case studies prove it. At Fueled, we believe fundamentally that the best way to create a product is by starting with the minimum viable product. In this series, we look at startup success stories for insight on how to create the next big thing.

Airbnb wasn’t always a $30 billion company. It didn’t always have a fully functioning site, a customer support team of over 100 people, or multiple mobile applications.

In late 2007, two product designers, Brian Chesky and Joe Gebbia, who had recently moved to San Francisco, had a problem to solve: they needed help paying their rent.

They had some extra space in their apartment’s living room — at least enough to fit a few air mattresses. They thought: maybe a few people would be willing to pay to stay with them.

The two also observed a second problem. In a city hosting frequent and highly attended conferences, it was difficult and expensive to find a hotel room. Conference attendees needed not just an affordable place to stay, but a place to stay, period. Maybe they would be willing to pay to stay with a few strangers.

PRODUCT ASSUMPTION: STRANGERS WILL PAY TO STAY IN OUR HOUSE

To test their assumption, the founders played the role of the seller. Chesky and Gebbia tested this in the easiest manner possible. They provided air mattresses in their living room, free wifi, free breakfast, and the promise of a unique networking experience with like-minded people.

They didn’t rent out space or build new beds. They leveraged their existing assets in order to test their assumption as quickly as possible. Much as we might use a third-party tool or library in early prototypes, they minimized their cost — and therefore their risk — and arrived at a testable product quickly. From there, they could gather data and iterate going forward.

For Airbnb’s ubiquity, Chesky and Gebbia weren’t the first onto the bed-exchange market. Couchsurfing.org was launched in 2004 by another San Franciscan, Casey Fenton, and had just shy of 4 million users by 2012 (Julian Assange was a member). The Couchsurfing model differentiated on one key component: it didn’t involve commerce. Guests could offer to cook a meal or clean, but there was no monetary component to the exchange.

To emerge as a viable platform with a critical mass of users offering and using rooms, Airbnb needed to do two things. First, it needed to demonstrate there was a market for paid room rentals in a personal setting. Second, it needed to attract enough users to its specific platform so that supply and demand could be met in any location. Let’s see how they did it.

In their MVP (Minimum Viable Product), there was no robust website or options to select multiple dates, locations or prices. They targeted one demographic: tech conference attendees at a single sold-out conference.. They didn’t need to give other options to prove this simple assumption. They didn’t need to account for every use case. They only needed to confirm that a sufficient number of people were willing to rent what they were offering. They ended up finding three, who each agreed to pay $80 per night.

By building simply and learning at the earliest stages, they avoided what could have been a costly, feature-rich failure. Better to fail fast and readjust, than to learn the same lesson after spending a ton of time and money.

ASSUMPTION 2: OTHERS WILL LET STRANGERS PAY TO STAY IN THEIR HOMES

In their initial product, Chesky and Gebbia played the part of the seller. Now with some positive data on the buyer side (a whopping $240), it was time to get some data on the seller side. To do so, they launched a new feature allowing hosts to list their space on the platform. Again, instead of trying to optimize for every use case, they focused on hosts near high-profile events. They kept the site features and design minimal: users could now view available locations and prices on a map, and request to stay there for a negotiable price.

Despite a few false starts and through repeated iteration, the answer to their second core assumption was addressed: hosts are in fact willing to be paid to share their residence with strangers.

In their original website you can see multiple paths that could have been taken by the AirBed & Breakfast team. The “CONFERENCE GUIDE” continued as their vestigial item, until the product proved it could expand beyond. The “FIRST TIME TO SF?” section suggests something that could help travelers get to know their travel destination instead of just staying there. Fast forward to today, we can understand why AirBed & Breakfast’s campaign slogan today is “Don’t Go There. Live There.”

The photograph of the residence on the first site highlights AirBed & Breakfast’s realization of the importance of photos as representing their locations. This is clearly a large undertaking, to verify and professionally photograph properties. But they only arrived at this product decision after determining that off-putting photos were hurting guests’ willingness to stay in their locations.

LOOKING FROM THE PAST TO THE FUTURE

Today, AirBed & Breakfast goes by Airbnb. They’ve got a new logo and a new brand identity. And they’ve expanded outside of web with the rise of mobile and tablets. Airbnb no longer focuses specifically on conferences or events, and is used by millions of hosts and guests worldwide. In 2014, Airbnb was valued at $10 billion. In 2018, they were valued at least $38 billion.

Airbnb still has many challenges. They will still need to adapt to user demand, and their relationships with the hotel industry, as well as local and state governments. But by starting off with a single idea, testing their assumptions quickly, and iterating based on data, Airbnb was able to become a major player in the sharing economy.

And to think they started with two guys letting strangers sleep on air mattresses in their living room.