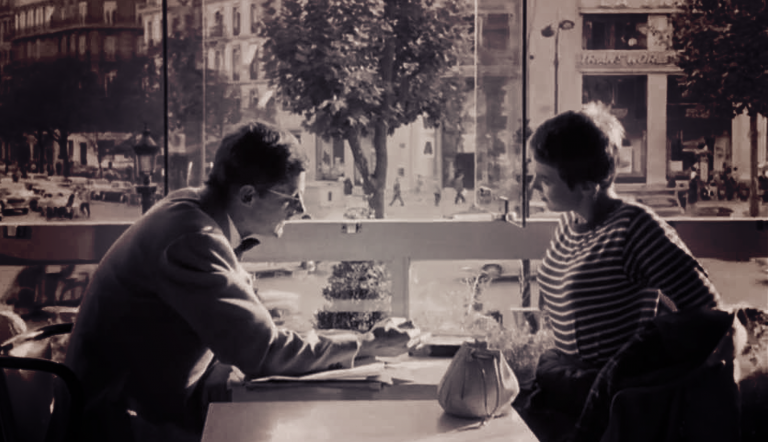 The Art of Designing for the Deaf App Experience: Connectivity and Communication

A greater focus on a visual, multimodal experience has resulted in enhanced functionality in Deaf apps like Glide, Tamaggo, and Humanware.

Think about how much more convenient our lives have become since the dawn of smart phones. Whatever your need, there is, to quote Apple circa 2009, an “app for that.” The promise of tech is that we can enjoy greater connectivity. This means faster internet speeds and better coverage, sure, but the imperative is enhanced human connection and understanding. Historically, this has tended to benefit able-bodied people, but as awareness of ableism and accessibility grows, technology aimed at helping create a fundamental human connection for people with disabilities has expanded. And the inverse is also true: advances in mobile tech tailored to deaf users end up benefiting everyone.

Messaging Apps and Beyond

Let’s start with the basics. The invention of the cell phone didn’t do much for deaf people — at first. But when the world was blessed with texting, and eventually video chatting, the Deaf community was empowered. Deaf people could now keep in touch with friends and family, and get about without keeping a pen and paper on their person. Various messaging apps worked to bridge the gap between deaf people and hearing people within the Deaf community and without. Ultimately, a deaf person could feel a little less alone.

Prior to the smartphone boom, we might have intruded on a stranger on the subway to ask for directions, written down our details on business cards to share with new acquaintances, or needed a bank teller to deposit a check. These are seemingly simple tasks, but they can be extremely challenging for a deaf person. Now we have apps to help us find love, to navigate us through cities, and to manage our assets. And those are only the apps made for all of us.

The wave of mobile app development has prompted the Deaf community to create apps specifically for deaf people. We lovingly call them "Deaf Apps". They've pushed the boundaries for what a messaging app can achieve, creating a richer visual language through animation, custom sign keyboards, stickers, and enhanced video messaging. In its extreme, adaptive apps use augmented reality (AR) to translate sign into speech, and vice versa. There are many use cases for visually focused communication and translation. Each helps radically improve a deaf person’s connection to the world.

Our Favorite Apps That Cater to Deaf Users

Falling under the banner of assistive technology that helps users to adapt their surrounds is TapTap. The app allows those with hearing loss to react to notable sounds. When the app detects noise, like a fire alarm, or a doorbell ringing, your phone will vibrate and flash to alert you.

This mind-blowing app is the first multilingual face-to-face conversation app for deaf-blind people. Created by Canadian research organization, the Humanware Communicator helps deaf-blind individuals communicate on an everyday basis by connecting a Humanware Braille device with an iPhone, iPad or iMac.

Glide touts itself as the “fastest live video messenger app on the planet” and is designed to create a messaging experience that is as visual and expressive as possible. Users can send short videos, live clips, stickers, and animated “emoticlip” videos. It can be used by anyone, but has wide appeal for deaf users interested in pushing the boundaries of the messaging medium.

The 360° camera created by Tamaggo allows users to capture the full realm, and better relay group dynamics (consider how clunky it feels to pass around FaceTime when speaking to distant relatives). The Tamaggo app, created by Fueled and launched in August of this year, allows users to livestream a 360° feed, or capture scenes in 360° and share to social with one click. Remote users seeing the videos or photos on their device can scroll around the capture. Though not designed only for Deaf people, the user-cases for Deaf users are extensive. Essentially, the technology is a hands-free camera that permits the user to sign, or to watch a group of people through a wider-angle view than an app like Skype or FaceTime can afford. The latter capability can allow a remote user to watch a conversation between two or more people who are signing, for example.

Signily is an American Sign Language (ASL) keyboard app that allows you to download the hand shapes for the ASL alphabet and a selection of key words. Once installed, you use it much as you would an emoji keyboard, though it goes a step beyond, animating some of the hand gestures. The app is also designed to be accessed with the left or right hand.

Providing a case for offering greater accessibility (after being sued), Netflix now offers closed captioning on about 80% of programming. Even if the impetus for CC functionality was litigious, Netflix is now being celebrated for offering accessible entertainment by deaf users.

Created by Deaf people bilingual in American sign language (ASL) and English, and designed for almost anyone, the ASL app is great tool for learning conversational ASL. The app is designed to be used on the go, almost like Google Translate, and provides a ten bundles of signs in the basic pack, including the alphabet, universal signs, nature and wilderness signs, food and restaurant signs, and so on. For kids, there is also a Care Bears ASL app.

Interested in the leading-edge translation technology? This next app is pushing the boundaries of how we use interactive tech.

HoloHear, Available on the HoloLens

If you’ve ever tried virtual reality headset, you’ll have a sense of how the HoloLens works. The program than runs on the HoloLens headset creates a mixed-reality experience that translates spoken words into signs demonstrated by a 3D holographic model. The program can translate spoken word into sign for a Deaf person (listening mode) or teach a rookie sign language (learning mode).

User Journeys and the Next Great Leap

Here at Fueled, creating the penultimate user experience is why we are in the mobile app game. We're focused on learning about different user cases and user journeys each time we set out to build a beautiful, functional app. Often a specific problem you are looking to solve can open the door to an entirely new approach — in many senses, a greater focus on the visual experience has benefited the entire population through universal emoji keyboards, enhanced functionality in messaging apps, and so on.

As many of the above apps show, accessibility often simply means functionality and innovation. Products like Glide prove that focusing on specific angles of usability can lead to new discoveries that benefit all users.

Opening Our Ears to the Deaf

Deaf in the Military

The Art of Sign Language, for Babies, Boobs and Bobs

Published by Andrew O'Hara on September 19, 2022.
Previous post What These Weird and Creative Instagram Accounts Can Teach You ← September 20, 2017 Next post → What Is Killing My iPhone’s Battery Life? September 22, 2017