As you may know, at Fueled, the design team task themselves with a bi-monthly design challenge. The task is simple; we take a tricky brief from a pool of suggestions and attempt to tackle it in just 2 hours. However, there are no winners in the design challenge. Taking a break from projects for a little while proves invaluable to us to share our ideas, explore our processes, and grow as designers. This week's challenge came from Ryan Murphy.

Simply create some album artwork. Choose a 45, 33, or plain old CD. It can be for a real band, fake band, or your very own eponymous debut.

"So I love The National, and for nearly all their albums they have really strong covers. Apart from my favourite album of theirs, Alligator, which possesses a cover I hate. So my initial plan was to re-do that one alone, but it was done too quickly. This then got me thinking about a boxset of Spaghetti Western's at home, all with covers along the same theme, all a little bit unique. So I spent my time re-doing all of The National's albums along the stylistic theme of the Alligator one. I deliberately used cheap, stock-photo type photos, as this dryness lends well to the bands style."

Give them a spin.

"I haven’t done anything low poly style for the design challenge in a while, and after seeing the brief I thought this week would be the perfect opportunity to do so. I had a very particular idea in mind in terms of colour and composition and set about finding the ideal album cover to redesign. I’ve always been a fan of the Daft Punk helmets as they make the band easily distinguishable, which made it perfect to illustrate. The illustration itself was created in Illustrator with 1000+ hand drawn triangles - you can see where the two hours went! I then took the finished illustration into Photoshop to create the actual composition and add those final few touches."

"My goal for this challenge was to show how you can use print to create excitement and motion - revealing something that isn't initially expected. The idea stemmed from great tunes making you dance like you don't care! I wanted to create an album cover that reflected the emotions you will feel when listening to the the tunes.

How I achieve this was to think about print techniques and animation solutions using paper. My first attention was drawn to the traditional flip books, but this wouldn't allow me to achieve my goal. I then turned my attention to creating a six frame animation, where 6 images (motion sequence) of a dancer were slices and placed together to create an abstract pattern that would only come to life by diecutting the sleeve in a way that only one of these images would be seen at any one time.

"So I did two album covers, both are bands my other half plays in and one of them is an actual upcoming album called 'Gold' the other is just completely made up but I kept the same title!

For the Casey album I wanted to keep the same style as one of their previous albums 'Love is Not Enough' where they have a scribbled outline of two people. For this cover I used the same concept but adapted it to appear set in marble and added a gold effect.

The 'Shaded' album I played around in Photoshop with a lot of brushes and really liked what happened so decided to keep it!"

"For this design challenge I wanted to experiment with colour, shape and pattern. I started off with a 4 x 4 grid of squares and begun to alter each shape, adding, removing and rounding points and paths. I explored different options until I was happy with the composition."

"So this week I kinda cheated and submitted two pieces. I started out wanting to mix iconic artworks together, e.g. mixing something like 'Sgt. Peppers' with 'good kid, m.A.A.d city', but that didn't work - the artwork's just too iconic on its own and loses its oomph when you change it. I ended up just finding a decent shot of my favourite band (Arctic Monkeys) and recreated the Beatles famous Rubber Soul record sleeve, using some photoshop magic to replicate the wobbly psychedelic 35mm vibe.

I then had a brainwave after listening to another favourite of mine, Tame Impala, to replicate their trippy 'InnerSpeaker' artwork. The idea of taking just the outskirts of a pretty photo and duplicating the image inwardly creates this cool landscape effect. So naturally, I created 'OuterSpeaker' by taking a pretty photo from the ol' camera roll and duplicating it outwards. Trippy, man."

Fancy a bit of InnerSpeaker?

"I could not really choose an album, so instead of creating a cover for an existing one, I created this cover for a selection of nine of the most played songs on my Spotify. All songs belong to albums with great covers, so I simply decided to display them in mosaic and added all the information around them, as a frame. I needed a title for the album, so I just went with "9" as the album title, and I tried to illustrate the title through the shape of the frame itself."

"Over the past two decades I've had countless and questionable tastes, but I've always remembered my favorite songs. At the end of last year, I decided to recollect everything to date, using old iTunes playlists, Last.fm histories, all the way back to 2001, and turn them into playlists on Spotify. As a result I've got 40 tracks for each year, and came up with a handy design style that abstractly conveys the number of the year using either lines or shapes. I followed my own rules loosely — but there IS a hidden number in each of them.

"I thought I'd try something a little different this week and play to the 'Comfortable' name by creating some seriously squishy squashy type.

I kinda wanna eat it."

"MF DOOM is a hip-hop artist who has based his persona on marvel super villain Dr. Doom. Following the comic book theme, I wanted to think about what it would be like if “Black Panther” was actually a super villain and collaborated with DOOM on his next album. So I took the iconic Madvillainy album cover and re-drew it as though Black Panther is taking the mask off/putting it on."

You better believe we'll continue to complete a new challenge every other week. Keep them peeled! 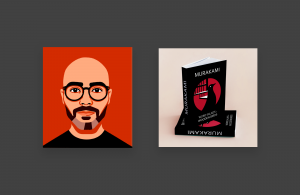 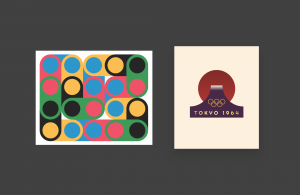 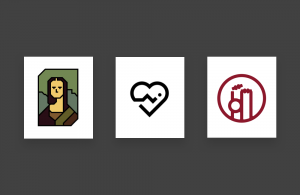 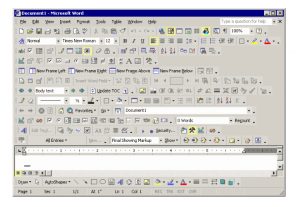 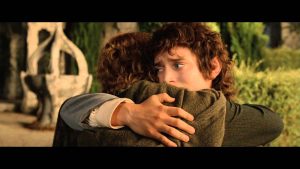 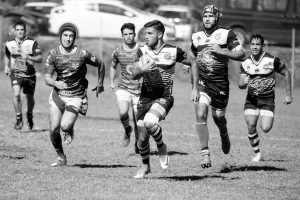 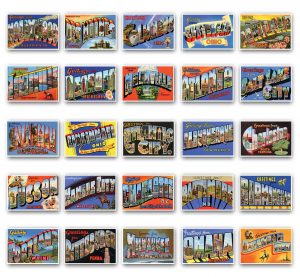 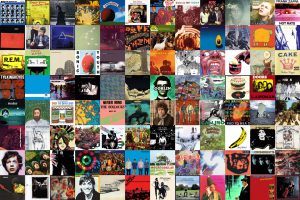 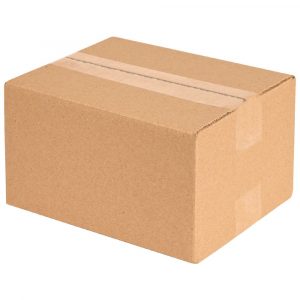