What Is Killing My iPhone’s Battery Life?

Wait until your battery is run down before recharging and four other myths about iPhone battery life. Save your charge with these tricks.

Myth 1: I should wait until my battery is at 0% to charge

Myth 4: I should always run my phone on low power mode

Within the first three months of getting a new iPhone, I am bound to get a mophie. First I marvel at the new speed, and download a bunch of new apps, and then I wonder why my battery life is so terrible. Here we go again.

Battery life, alongside slow down, is the number one issue that convinces me I need a new phone every two years. Especially given reports that iOS 11 is depleting your charge even quicker in older models. Cynics may say this is part of the planned obsolescence Apple uses to generate sales, but surely it must be a necessary sacrifice given the need to push forward new hardware, or else it would garner more internal attention, right?

Go into your settings and find the obvious culprits. You can see which apps use the most battery (oh you're using Chrome four hours a day). Now you know it’s probably a good idea to turn down brightness, hit low-power mode, and cut down on YouTube and Candy Crush on the commute on days you won’t have access to a charger. But these don’t really answer the question: Why is my battery life so much worse a year out than when I bought this piece of trash?

Myth 1: I should wait until my battery is at 0% to charge

This one is completely false, but important to address how charge cycles work.

Apple devices do deteriorate over time as they rack up more charging cycles to the point where your battery life can become 70% of what it was once capable of. Now, when Apple talks about charging “cycles” they mean the equivalent of a full draining or 100% charge. This can be divided up any way, whether it be all at once, or 20% at a time. Typically, iPhones are capable of 300-500 cycles before they hit their cap of 70% capacity.

A Battery University study showed that partial charges can prolong battery life. Charging for 10% at a time can make negligible differences (and what kind of person does that), but it is significantly more efficient to charge 25% or 50% at a time than it is to run your phone dead before recharging. This can significantly increase the number of cycles until capacity drops — well beyond Apple’s given estimate. 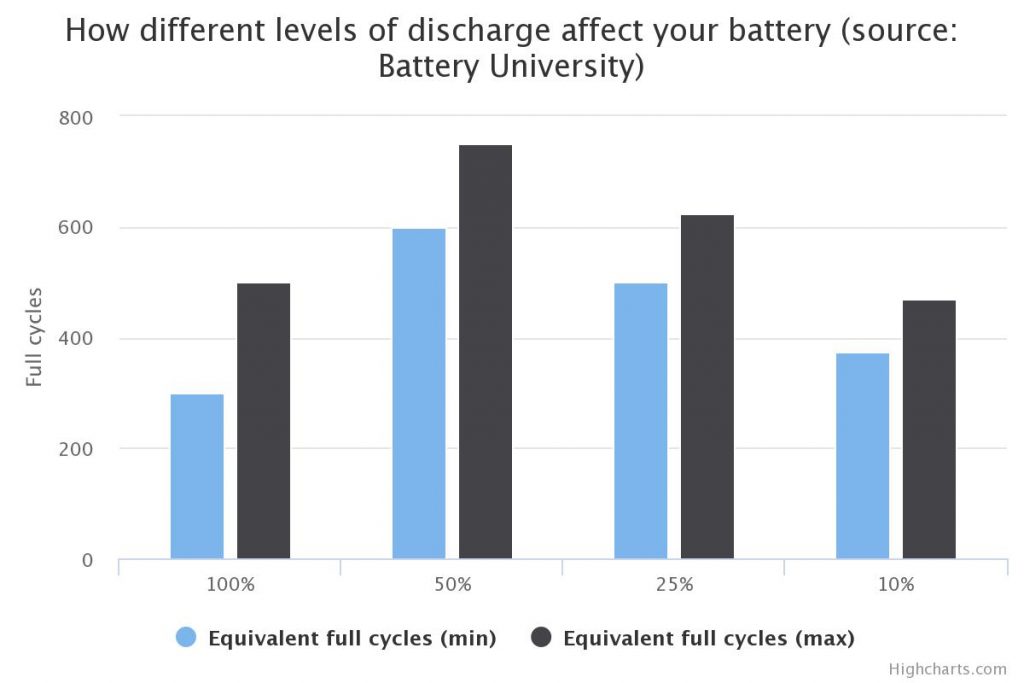 Smartphones are, by nature, smart. Smart enough to know when to stop charging. You can leave your phone plugged in beyond reaching 100% charge and it will, generally, be just fine. However, if you’re the type of charge-fanatic that leaves their phone to charge overnight (I sure used to be this way) your activity could be resulting in negative side effects on your phone's battery efficiency.

Charging your iPhone for extended periods of time can lead to an increase in temperature. Apple claims temperatures above 95 degrees Fahrenheit can permanently damage the battery capacity. A high temperature can lead to quicker deterioration in lithium-ion batteries. While your docked iPhone will never reach critical temps, it does warm it up to slightly above-average operation standards. If you leave your phone in the sun (or other hot place) there could be serious damage done. There really isn’t a good way of testing this, but it's safe to assume (and play it safe) that this practice, repeated on a nightly basis, can damage your battery life in the long run.

Nah. If it helps you sleep at night and sets off your OCD, it’s not that big of a deal, but closing your apps doesn’t actually do anything to help your battery life. These apps are paused when closed and are not using any juice running in the background. In fact, it takes more power to open your app back up, thus forcing your phone to recall where it belongs in the RAM.

This one is pretty simple and either way this is not an issue that affects your battery life in the long term. If you aren’t using an app, go ahead and close it. If it’s something you use daily, there is no harm in keeping it accessible.

Myth 4: I should always run my phone on low power mode

On iOS 10, Low-power mode turns off email fetch, Hey Siri, background app refresh, automatic downloads, wifi associations, as well as some fancy visual effects. Low-power mode really doesn’t do anything else, it simply limits these actions from draining battery in the background. Email fetch may be the most key feature that gets turned off. Everything else can stay or go, lest you be a diehard Siri fan.

For the most part it is fine to run your phone on low power all the time. It doesn’t inherently make your phone last longer, but it will lead to less required charging, which can reduce the amount of cycles in a lifetime. For more detailed statistics, here are some fun charts: 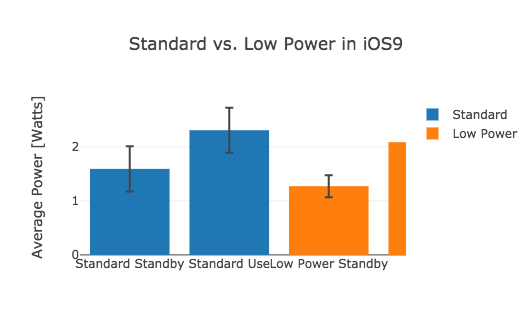 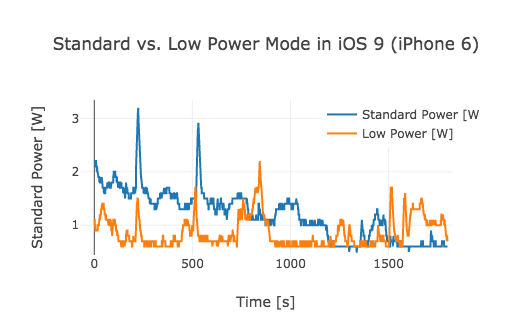 There has been extensive testing done, but in short, Apple’s charging products come up near, if not at, the top of the line. There are, though, some hacks you can use with the chargers you already have to extened the battery life of your Apple devices.

There are different speeds at which a lithium-ion battery can be charged. The technology exists to modulate this process and therefore different devices come with chargers that charge at different speeds, depending on the juice required to power said device.

“For example, if you used an iPhone charger on an iPad Pro, it’s going to charge very slowly,” Hatem Zeine, the founder, chief scientist and chief technical officer of Ossia told the New York Times. “If the electronics are right, they can actually preserve the battery because you’re always charging it slowly.”

There is a whole lot you can do to get the most out of your phones battery. None of these hacks will prevent deterioration, none of them will break the wheel. If you don't plan on getting a new phone every couple years maybe its time to switch over from Apple, or just get a flip phone and commit to the luddite lifestyle.

Published by Michael Abraha on October 12, 2022.
Previous post The Art of Designing for the Deaf App Experience: Connectivity and Communication ← September 22, 2017 Next post → Motion Design Is the Next Dimension: Are You Using It Correctly? September 25, 2017