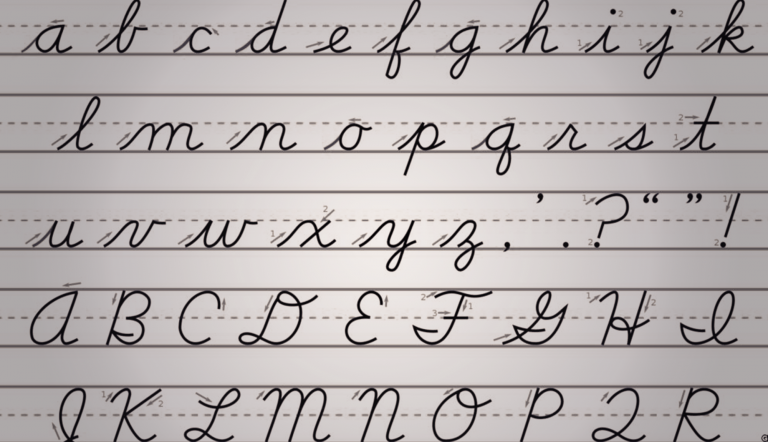 Are there benefits to cursive? What technical skills should children be learning that could be more valuable in the long run?

Cursive is dead, and that's a good thing

What is it with cursive? Is it the hazing of the middle grades? Are school boards exacting revenge on children for their youthful joints and bright futures by forcing them to learn a skill whose utility is obsolete, instead of one that might actually help them? In a Washington Post article about the resurgence or cursive, a Louisiana state senator is quoted as saying “I think it’s really discouraging to get a note from a college graduate that is printed like a second-grader”. In other words, only babies don’t know cursive! You’re not some kind of baby, are you? Do you need a bottle and a nap and an unattached alphabet?

There was a time that cursive, like the abacus, was genuinely useful. When all writing was handwriting, cursive was the high-tech option. It was faster. It was more elegant. For hundreds of years, it was practical. But the sun has set on cursive. It’s become an elective, not a requirement.

Cursive is beautiful. So are woven tapestries, but I don’t think every student should be required to pass a quarterly loom-skills test. Schools have the monumental task of preparing kids for functional adulthood. Time and resources are severely limited. In the time it takes to learn cursive, kids could learn the fundamentals of HTML, or Photoshop, or anything else that they could slap onto a résumé at some point. Does anyone want to trade their JavaScript knowledge for my script-script acumen? Please? I’ll throw in my conversational Ancient Greek.

To deny that cursive is less relevant than computer literacy is to deny that education needs to evolve at all. Removing cursive from school curricula doesn’t mean signing its death warrant. Penmanship is an art, and there will always be students interested in pursuing that art. Proponents of universal mandatory cursive cite studies that claim cursive engages the brain in a way that typing does not, and builds fine motor dexterity. I can’t refute these studies—I was too busy mastering the uppercase G to learn rhetoric—but I know that both brain engagement and fine motor skills can develop in a variety of ways. Cursive is not a silver bullet for educating kids, and mandating it suggests a willful ignorance of the realities of the contemporary world.

Maybe I’ll eat my words when we’re living in the post-computer post-apocalypse, and I have to write my future daughter Offred instructions for finding the last trickle of running water and she can’t read them because she was too busy learning graphic design to learn cursive. But I’m like 50% sure that will never happen. 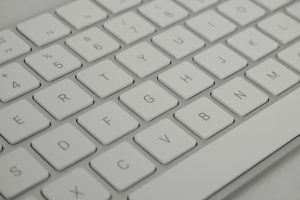 Here are some of my favorite mac keyboard shortcuts that… 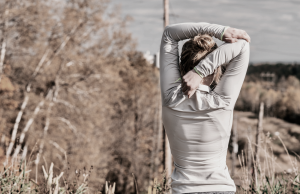 The Odd Synergy of Tech and New Age Wellness

The latest and greatest in health scares may be in…

How To Fix iVirus: If you type the letter “i” and it autocorrects to an “A” with a symbol

What Is The "I" Bug? When you type the letter… 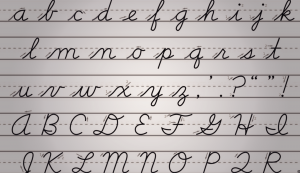 Cursive is dead, and that's a good thing What is…

Founder Hazards or: Lessons We Wish We Knew Back When We Started

“There falls a shadow, as T. S. Eliot noted, between…