People are more concerned than ever about mobile privacy. Google’s recent round of trouble over ads on your phone is at the center of a… 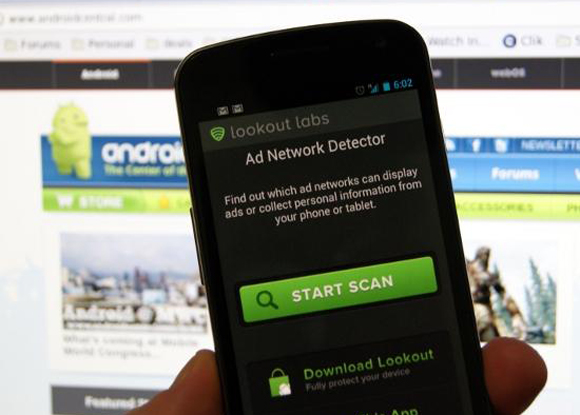 People are more concerned than ever about mobile privacy. Google’s recent round of trouble over ads on your phone is at the center of a firestorm over how consumers should be protected and how they can protect themselves. Ad Network Detector is taking advantage of this new concern by launching a new mobile app that lets users see what ad networks have a presence on your mobile phone and what data they are collecting.

Ad Network Detector works like your own private phone detective. Once downloaded, it searches the apps on your mobile phone to see what ad networks are affiliated with those apps and what kind of data they are looking for about you. It then compiles it into a list for you and you can choose whether or not it’s worth it to keep that application based on the new information at your disposal.

The new, free Android app is a potential game changer because consumers will now have a window into what is actually going on with their phone. Sure, users knew that ad networks collect data off of their phone. But what kind?  How much? For what reasons? Users will now get a window into that previously opaque part of their mobile device and get a chance to individually evaluate what they are willing to risk and what applications they want to discard.  Since users have never had that kind of power before now, it could change how ad networks function on your phone and how they interact with your mobile applications.

However, right now Ad Network Detector has serious limitations. In particular, neither Google Ad Sense nor Double Click, the two most active ad networks, are on their list. Not tracking those two and others severely limits the apps ability to protect your phone. That being said, it does provide information on 35 other ad networks that are active on your phone, including AdMob, Millennial Media, and Greystripe. As a result, it will still give users a useful little window into how ad companies are tracking data on their devices.
Right now, it’s perhaps most useful to view Ad Network Detector as the beta version of a new wave of security applications that are bound to hit the market. As government proves unable to systematically protect user privacy and big media companies look poised to exploit that void rather than step in to protect consumers, the private market is going to compensate.
If you can afford it, you are going to want your data protected. So watch out: Ad Network Detector may be limited, but it’s just the beginning.