Smartphone Loyalty; What’s Your Next Choice?

The smartphone market is flourishing and does not show signs of slowing down anytime soon. More and more people are switching to smartphones every day.…

The smartphone market is flourishing and does not show signs of slowing down anytime soon. More and more people are switching to smartphones every day. There are many options when choosing a smartphone; An iPhone? There are a couple of options here (Verizon/AT&T, 3gs, 4g). A Blackberry? They have a bunch of devices. Or an Android? They have just a few devices running their software, surely it wouldn't be that hard to find one. Smartphones are obviously the way to go, but how loyal are people to their device?

With many features becoming standard and many features differing it can be hard to choose that perfect device. According to a study, with the exception of Apples's iPhone, people are not hesitant to trade in their smartphone for different one.

The survey found that just 25 percent of smartphone owners planned to stay loyal to the operating system running their phone, with loyalty highest among Apple users at 59 percent, and lowest for Microsoft's phone software, at 21 percent.

Below are graphs taken from TNW to illustrate smartphone loyalty. 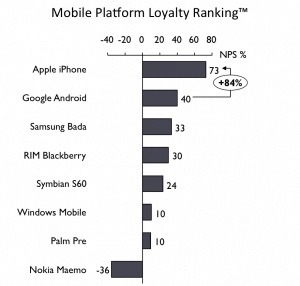 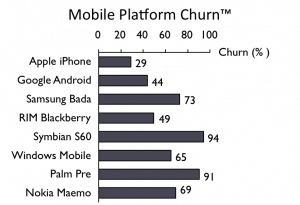 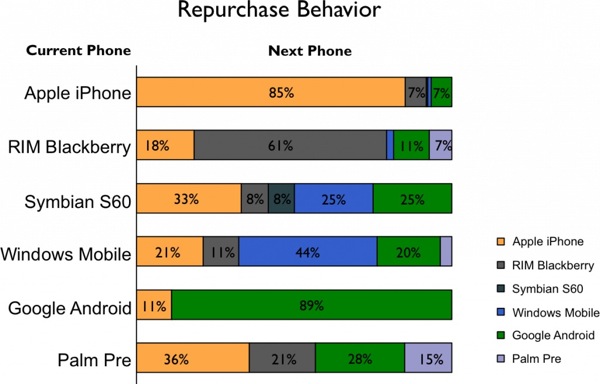 Please Listen to my Demo

It’s no secret that the music industry is an area…

Published by Conner Boyd on May 9, 2011.
Article in Social Media category.

Twitter has been proved time and time again to be…

With Motorola Xoom on the horizon and the ever expanding…

The New Facebook Pages And Using It To Leverage Your Business

The evolving world of social media is frequently used to…

Using augmented reality is a great way to create a…

Square, a mobile payment system, allows merchants, or anyone, to…

Smartphone Loyalty; What’s Your Next Choice?

The smartphone market is flourishing and does not show signs…

A Primer On The Hoopla Around Google’s WebM Video Standard

Google recently announced that it will drop H.264 support from…

What does Samsung have in store after the Galaxy S?

Samsung has been on a roll with their Android devices…

A dictator is defined as a ruler with total power…

Published by Ivy Herrera on July 8, 2022.
Previous post A Primer On The Hoopla Around Google's WebM Video Standard ← February 1, 2011 Next post → How Square, Mobile Payment System, Should Innovate February 7, 2011