Steve Greenwood, founder of personalized address book app, Brewster, claims the average person has “about 1,000 people across all of their networks in various… 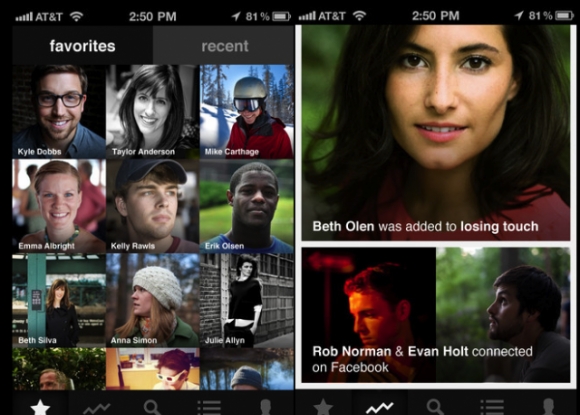 Steve Greenwood, founder of personalized address book app, Brewster, claims the average person has “about 1,000 people across all of their networks in various address books and that number is only increasing.” If that’s true, it’s an awful lot to juggle on multiple social media sites, phones, and email servers, especially if you’re a particularly tech-savvy individual.

That’s where Greenwood hopes Brewster can come in. The recently released app is essentially a modern address book that links users’ Facebook, Twitter, Foursquare, LinkedIn, and Google contacts, compiling all your friends’, coworkers’, and family members’ information from their separate profiles in one space. So, if you’re friends with John Doe on Facebook, have his email information in your Gmail account, and call him on the reg, Brewster creates a unique profile for him on the app that holds all that information in your phone and in the cloud. 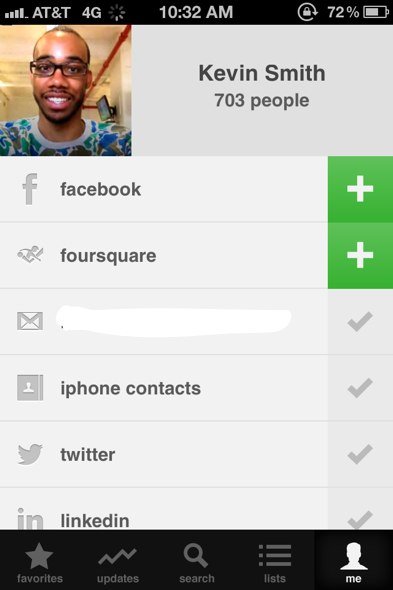 It’s a distinctive idea, and a timely one considering the proliferation of social networking platforms, which is perhaps why Union Square Ventures—the firm behind Foursquare, Kickstarter, and Tumblr (among others)—led a seed investment in Brewster. Co-founder of Union Square Ventures, Fred Wilson, noted on his personal blog, “Twenty years into the personal technology revolution and we are still using address books that work pretty much like physical address books. It makes no sense. The mobile address book should be hyperconnected to our digital life, informed by it, and responsive to it.” We agree, but does Brewster provide this solution?

The verdict is still out, but what the app does provide is great searchability. Unlike a normal search engine, Brewster’s in-app search function goes beyond normal queries like first and last names. It allows you to search through keywords, anything from mutual interests (Knicks) to occupation (journalist). Of course, users only have as much contact information to search through as is already public in their linked accounts, but it is a new way to interact with and discover people (i.e. you’re out of town on the weekend of a Knicks game and need to find someone to pass your ticket on to). 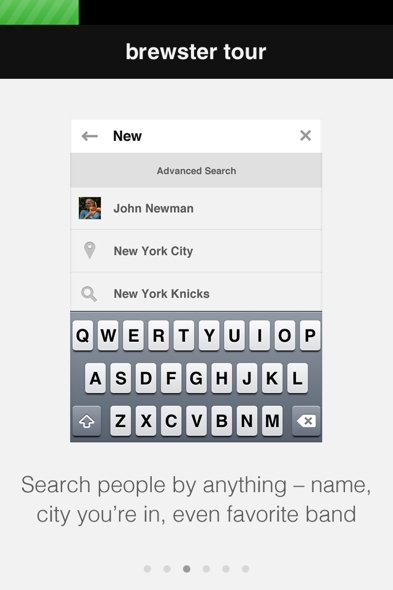 Moreover, the Brewster interface is really worth noting for its sleek design. It brings to mind the look of the new Windows Metro interface that can be found in the Windows Phone and the upcoming Windows 8. The minimalist square tiles and lack of any color gradations is very refreshing to look at and also very intuitive to use (“undesigning,” as Mike Kruzeniski would call it).

Beyond a nifty search engine and a cool interface, though, what Brewster wants to do is be a smart address book, one that not only compiles all your contacts but assesses them algorithmically to give you updates on your contacts. So, in theory, if Brewster notices you haven’t contacted a certain friend recently, it’ll remind you that the two of you are losing touch, perhaps prompting you to call and catch up with an old friend.

Working Out the Kinks

It’s a good idea in theory, but how does Brewster hold up in a test run? In short, Greenwood and his team still have some kinks to work out. Going through the app, we encountered a number of bugs (for example, our “Updates” page hasn’t been updated for two days, despite our efforts to to refresh the page). Moreover, the minimalist interface is a bit limiting when it comes to editing user preferences, in that once you link an account, you can’t unlink it or switch to a different account on the same platform. 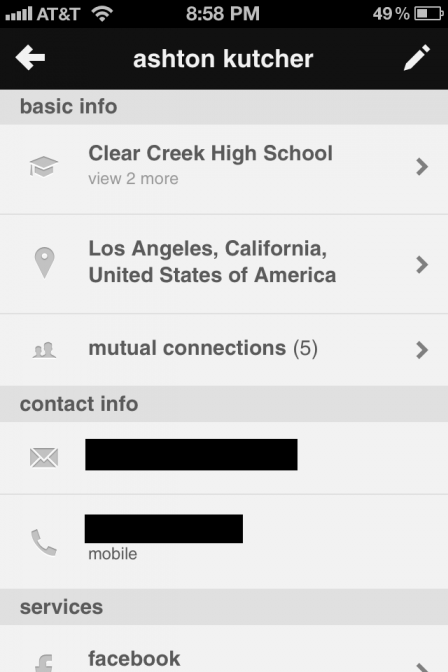 For now, Brewster is only available to iOS users, but if it’s as successful as Wilson foresees, they’ll no doubt release it on Android soon enough. Like any up-and-coming startup, Brewster’s not perfect. But unlike a lot of apps, it’s offering something that’s wholly unique, potentially buildable, and useful to users in a practical, day-to-day way.