Disruption has long been a staple goal of tech startups. Uprooting and redefining existing markets and networks is a surefire way to ensure longevity both… 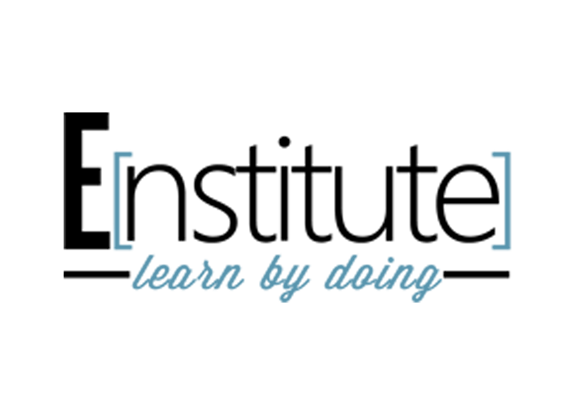 Disruption has long been a staple goal of tech startups. Uprooting and redefining existing markets and networks is a surefire way to ensure longevity both creatively and financially. And for consumers, it means accessibility, the unraveling of market strangleholds and the opening of the floodgates to more innovation.

E[nstitute], an apprenticeship program that launched this week, is bringing disruption to a largely-untouched market - education. The full-time, two-year commitment isn’t supplementary education but instead an alternative path entirely, built upon the belief that becoming a leader in technology requires learning directly from those who already are.

For a semi-experimental - or progressive, at the very least - program, the E[nstitute] organizers have already enlisted an impressive roster of 30 mentors. Among them: Ben Lerer of Thrillist and Lerer Ventures, Hilary Mason of Bitly, Nate Westheimer of NYTM, Alexa Von Tobel of LearnVest, Philip James of Lot18, and David Kidder of Clickable. According to E[nstitute], these leaders will prepare "Millennials to be valuable and actively participating members of the economy, and society at large, through apprenticeship, hyper-focused curriculum, and real-life projects that have real-life consequences.”

Applicants, who must be between 18- and 24-years-old, will have their focus divided by year. The first year will be spent on general high level exposure to the day-to-day operations at an early stage business. Combining behavioral and cognitive development, this year will also include a community of mentors and personal coaches who will guide apprentices toward understanding where in the grand scheme of technology they fit. The second year is about refinement, and apprentices will narrow their focus to one specific skill set, bringing their education full-circle as they might in declaring a major at a traditional university.

Co-founders Kane Sarhan and Shaila Ittycheria, both with extensive experience in technology and educational innovation, and their team are working toward fundraising to cover both program costs and the possibility of housing. Perhaps more importantly, though, they’re developing partnerships with corporations to ensure entry-level interviews despite the absence of traditional accreditation. Their ability to succeed in that regard will bring further justice to their efforts, as universities have struggled in recent years to vindicate, on a professional level, the cost of their programs relative to the difficulty of the job market.

A number of today’s leading entrepreneurs - among them, Bill Gates, Mark Zuckerberg, and Peter Thiel, who has created a fellowship specifically for college dropouts pursuing their dreams - might argue in favor of this alternative method, considering their own educational histories, and, in that regard,  they’re a testament to its plausibility. Though traditional routes may be beneficial for those still seeking wide exposure to post-high school paths, alternative models offer constructive possibilities that may, at the very least, inform and reshape their traditional predecessors for the greater good.