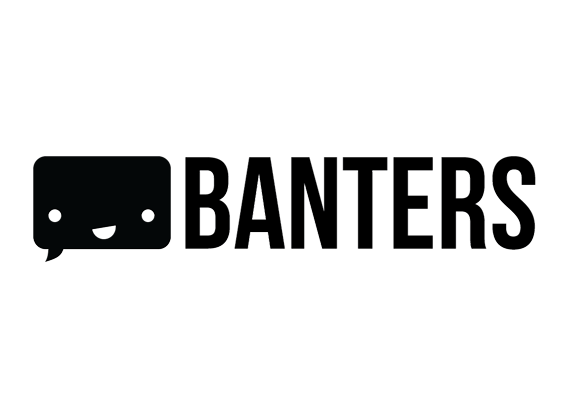 “That’s witty.  I want to remember it.  I feel like sharing it.”  Every day, people say or hear things they want to remember. But how can you get your best thoughts, ideas, and comments out of your memory and into a place where other people can see them?

Banters, a New York-based startup, is a web platform designed for users to artfully post their thoughts, texts, and instant message exchanges online for others to see.  It’s meant to be the place where you are at your wittiest; a small selection of your choice one-liner observations on life.  Unlike Twitter, which chronicles your daily existence, Banters is meant to capture your finest thoughts and observations and put them online for the world’s benefit.  Other uses then comment on your posts, stating whether your thoughts are indeed profoundly moving or less groundbreaking and unique than you initially believed.

Banters’ concept is novel, and its newest change should help it gain more traction and a wider user base: now, users are able to post comments via text message or, for iPhone users, through Siri. The change is very important to Banters’ viability because it marries the concept’s appeal with the ease of use needed to become a mainstream product.  Before, people had to upload their posts on the website, which made it a real task: the user had to go online, log in, and type the post in to get it on the site.  For many, it just was not worth it and the site attracted only about 60,000 users in its first year of existence.  Now that sharing is as easy as sending a text, Banters is bound to become a much more mainstream tool.

But Banters’ move to the mainstream may bring with it lingering privacy concerns. People have always shared witty texts with their friends, family, and coworkers but the line between ‘witty’ and ‘personal’ often blurs. When users are sharing whole text or instant message conversations via text or Siri, which Banters’ changes will allow for, that raises a whole new set of concerns. Fortunately, "nothing that you don’t want out there can be posted on Banters. Think of Facebook photo tagging. Your friends won’t put up a picture of you in an incriminating position. If someone maliciously did, you can flag, block, report," explained founder Lauren Leto. "You can also unattribute and set privacy settings to 'no one can attribute me in a post' or 'approve before attribution'."

Nonetheless, despite these possible concerns, Banters is a very nifty new tool.  After all, there is something to be said for wittiness.  And who doesn’t want to remember and share themselves at their best?