Fitocracy Wants You to Be Fitter, Happier

For most, working out feels, well, like work. It’s mechanical, it’s scheduled, it’s consistent. It’s a task. It doesn’t help that health clubs, with their… 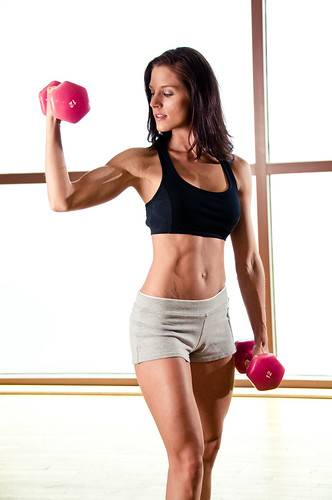 For most, working out feels, well, like work. It’s mechanical, it’s scheduled, it’s consistent. It’s a task. It doesn’t help that health clubs, with their impressive collections of iron, rubber, and metal machines, bear more than a slight resemblance to industrial revolution era factories. We’re still the workers and we’re still alienated from the fruits of our labor. Our products--our bodies--are assembled by our minds.

Fitocracy, however, seeks to make the gym seem less like work and more like play by incorporating competitions and game mechanics that remind Generation Y users of their favorite childhood MMOs and RPGs. Founded by University of Pennsylvania alumni Brian Wang and Richard Talens, fitness fanatics with money on their minds, Fitocracy seeks to gamify exercise. Users have the option of earning badges, leveling up, and generating a workout plan by selecting various “quests” to participate in. Fitocracy also makes it easy for them to track their progress, retrieve advice on how they can improve, connect with other users, and of course, boast.

Much like having your own personal trainer, Fitocracy challenges users to push themselves to redefine their personal best. One of the best way to total fitness is cardio, use jump ropes everyday as part of your daily routine and push yourself. As founder Brian Wang noted, “I have gone out of my way to perform a new exercise in order to ‘beat a quest’ or work out just a tad longer just to get more points.” While Fitocracy urges users to “get addicted” to fitness, Wang clarified Fitocracy’s intent, remarking, “When we say ‘addictive’, there is a bit of hyperbole being used there, but it is mostly rooted in the idea of helping people find that ‘hook’ that many fitness enthusiasts experience as exercise becomes part of their lifestyle. It's important to note that some people can find themselves taking things too far with fitness, to the point of unhealthy behavior. We don't advocate that.”

To those who are allergic to the gym, however, Fitocracy can look like a dystopia.  Visits to the gym can reinforce the idea that fitness is something quantifiable, an aspect of life that can be compartmentalized. Luckily, users can integrate Fitocracy into their preexisting fitness routines.  Hippies can log hours spent hiking, while movers and shakers can record time spent dancing.  Fitocracy, it seems, recognizes that strength is as valuable as flexibility. “In general we try to adhere to the philosophy that you should only log something when it's done as a conscious effort to improve your fitness. There are some exceptions to this rule, but it's the overarching practice,” Wang noted.

While measuring one’s success in terms of how much one can bench press may be easy, it’s not always effective.  By prompting users to digitally track their activity, Fitocracy hopes to capitalize on culture’s seemingly insatiable appetite for all things Technologic. However, when it comes to health, physical and mental, the inseparable connection between body, mind, and environment is impossible to ignore.  As above, so below, and when an individual crystallizes a new fitness routine, they may find new modes of behavior and thought taking shape as well.  Wang noted that the impact of Fitocracy’s community has extended beyond physical health: “We've come across quite a few individuals who self identify as struggling with depression and then go on to connect with others to help them through their troubles. It's quite remarkable how incredibly important the community bonding and interaction have become to Fitocracy thus far.”

The key to success is to keep growing in all areas of life - mental, emotional, spiritual, as well as physical. - Julius Erving

Ultimately, Brian Wang and Richard Talens hope that Fitocracy can serve as an impetus for personal growth that is rooted in self-knowledge.  Wang disclosed that Fitocracy plans to feature customized physical stats soon: “Borrowing from the RPG concepts on which Fitocracy is based, in the future we'll break down an individual's physical stats into discrete attributes such as strength, endurance, etc., and then help the user figure out what to do in order to work on any one of those areas.”  With Fitocracy, any Clark Kent can potentially become Superman.

Published by Andrew O'Hara on September 19, 2022.
Previous post Tutorspree: Match Students with Tutors Online ← October 4, 2011 Next post → Arrested Development is Back! But Who Will Capitalize? October 5, 2011