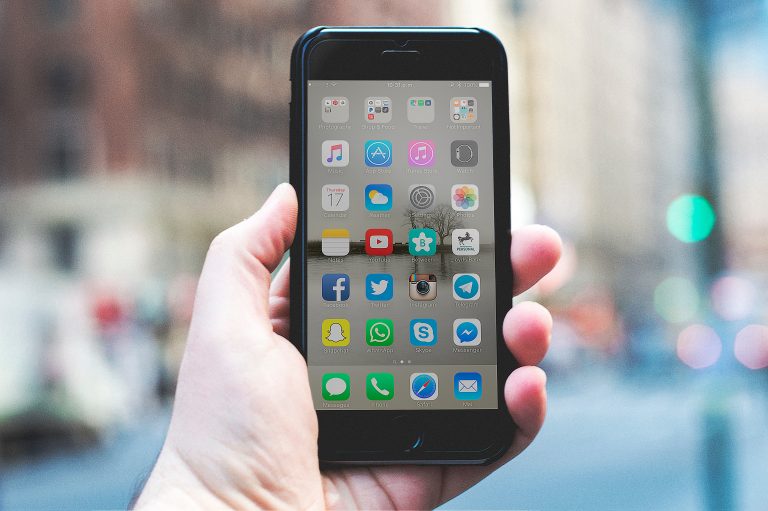 Why Apps That Make the Most Money Are Free Apps

The days of $0.99 apps are long gone and we are deep into freemium, subscription-based and in-app purchase models for free apps.

5. WHY FREE APPS MAKE THE MOST REVENUE?

Check the App Store charts and you’ll see a trend that you should expect. None of the top-grossing apps are paid in the traditional sense; they're "free apps". Netflix and Pandora offer subscriptions, Clash of Clans has in-app purchases, and have you seen the ads on Candy Crush? The days of $0.99 apps are long gone and we are deep into freemium and subscription-based models.

There is no tried and true methodology for pricing your app. If you are absolutely convinced by your products quality and utility you could charge two or three dollars, otherwise you better start building an app with space for advertising or in-app upgrades. Better yet, do both.

Fueled has experts that can help you determine how to earn money from your app, and how much it can potentially make. Feel free to reach out.

You’ve seen ads on your free games or mobile apps, but how much do mobile ads on free apps actually make?

The effective cost per thousand impressions (eCPM), a measure that equalizes advertising revenue of apps with different click-through rates, ranged between $0.53 and $1.12 in 2012. (An impression is every time someone views an ad.) What does this add up to, and how can you weigh that revenue model against others?

If you have the information you could multiply how many average impressions an app gets daily by the eCPM. This can be a solid source of revenue, especially for a free app that bourgeons by word of mouth. While mobile apps can make a good deal off ads, it’s unlikely to be the key source of revenue. The popular iOS game Summoners War makes about $150,000 per month in ads, but that only makes up 0.6% of its total revenue of 2.42 million. This is where in-app purchases comes in.

In-app purchasing makes up the majority of revenue for mobile games. These can range from micro-transactions in free-to-play systems that clean up the UI or improve your experience to games that let you download an early portion for free, eventually compelling you pay to unlock the full version, like Nintendo’s Mario Run.

The market juggernauts crush it in this category. King Digital Entertainment's Candy Crush earns $1.6 million daily through in-app purchases. Kim Kardashian’s virtual shopping app has brought in a reported $100 million since 2014 from 42 million downloads. It can be assumed that a majority (95%+) of this income is from in-app purchasing. Apple has in part leaned into this trend, changing the download tab wording in the App Store from “FREE” to “GET,” for all free apps, regardless of whether or not they offer in-app purchases. (Pro tip: iOS 11 indicates which apps use this model.)

If you launch a free game without the funding or promotional support of a big studio, you need to make sure a large portion of your user base can access the best content for free, and therefore recommend the app to others likely to spend.

Another way to score in-app revenue comes in the form of the free to premium model, where apps that offer a service often offer a better, ad-free experience.

Some free apps offer a one-time purchase to remove ads, but two thirds of people aren’t willing to pay for even that. The more daily active users you have, the less viable this strategy. If you give the opportunity for a one time charge this puts a cap on your revenue for the remaining users. Whereas given the average $0.5-$1.0 eCPTM you can continue to earn from a user base every day. Ultimately, these numbers vary per app.

A more universally adopted model is subscription-based. The top-grossing free apps, Pandora and Tinder, both fall into this category. In 2016, Match Group reported generating over $285.3 million in revenue. Tinder charges $9.99 monthly for a Tinder Plus subscription, and $14.99 for a Tinder Gold subscription.

When building a freemium experience, you must find the balance of giving enough to free users to keep them hooked, while holding back features that make it feel like a limitless experience. Tinder limits your swipes per day unless you pay for Plus; Pandora does the same with skips. Spotify only allows non-paying members to play their music on shuffle, so you can’t listen to new albums in full the day they come out —- this is one type of user Spotify is targeting with their subscription service. These free apps need to put a lot of design effort into being super clever when placing upgrade hooks in their apps.

So we have apps that make money through ads, apps that encourage in-app purchasing, and apps that allow you to pay a monthly fee, but what about other free apps out there, like Uber or Venmo?

Like any marketplace or community exchange of goods and services, these companies take a cut. How much does Uber make per ride? Well, Uber takes roughly a 20% cut from the total revenue of each ride. In 2016 they were reported to have 40 million monthly users who spent an average of $50 a month. This comes out to an approximated monthly revenue of $500 million. Similar figures can be extrapolated for competitors.

But Venmo doesn’t charge anything for most of us to pay our friends for food, concert tickets, or usually bills. They can charge around 3% for credit card transfers if you aren’t linked up with your bank, but most users are. So how does Venmo make revenue? The true answer is they currently don’t. Soon, however, Venmo will begin partnering with merchants, allowing them to take payments and charging the sellers a minor percentage, and not the user. This could paint the future for P2P apps.

Retail apps follow the same revenue flow as their web page equivalents. Amazon collects subscription and selling fees from professional and individual vendors respectively $40 a month and $1 per item. They use this revenue, along with Prime fees, and direct income from Amazon branded products to fund development for their multiple free apps. 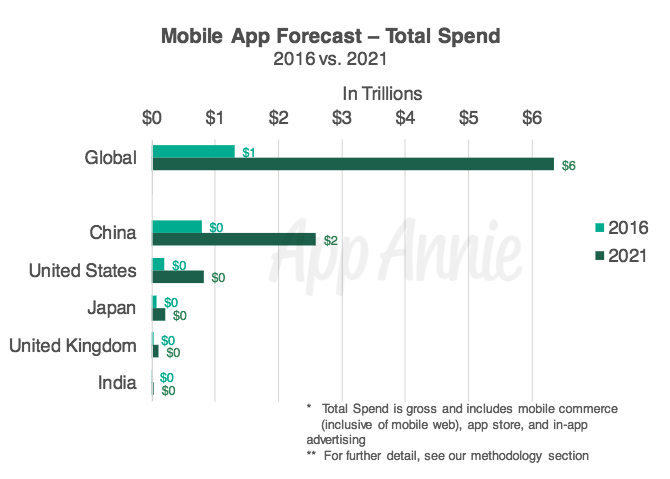 Why Free Apps Make the Most Revenue

According to app analytics firm App Annie, the app economy will grow to $6.3 trillion in 2021, and the user base to 6.3 billion. This could mean a saturated market worth more, but  it's promising to see that over 25% of app developers earn over $5,000 per month on the iOS platform and Android sees 18% of owners fare just as well.

Is there a reason free apps make the most revenue? No one clear strategy makes this the case, but a majority of this revenue does come from in-app purchases and subscriptions, with a small percentage coming from advertising.

One of the first steps to making it is to make your app free. How you monetize it from that point forward will be determined by you, the market, and an ever changing sea of people’s tastes and needs. But remember, even if we enter a post-American apocalypse, people will still always want free stuff.