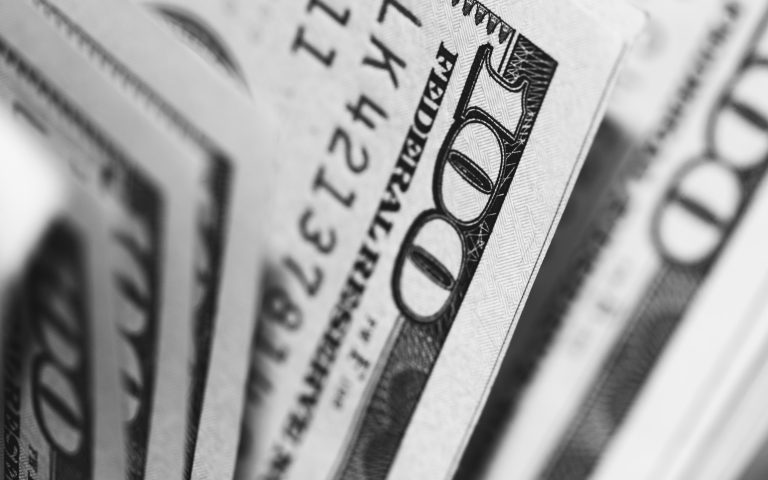 The app economy is worth billions, so how much money can you earn with an app? We explore the earnings potential for different platforms and…

How Much Money Can an App Earn?

There's a lot of money in apps. Billions of dollars. But most of it is earned by a certain type of app; many others make no money at all. It is extremely hard to put a single figure at around how much revenue an app can generate because of the wide range of apps and the disparity of money they produce. For example, the top 200 apps generate on average $82,500 daily, while the top 800 apps generate around $3,500. Gaming apps also make around $22,250, while entertainment apps make $3,090 daily, so there is no way to firmly say how much an average app makes.

The mobile market has grown substantially over the years and industry experts predict continued growth. In 2018, mobile traffic accounted for 52.2% of total website traffic in the United States, and 3.6 hours that adults spend consuming digital media occurred on smartphones, with desktops, laptops, and other connected devices struggling to keep up. With such impressive numbers, it’s no wonder that Fortune 500 companies and entrepreneurs alike are trying to get a piece of this modern-day gold rush.

If you’re new to the market, looking to enter it, or just have a really cool idea for an app, one of your first questions is likely along the lines of "Can you make money from an app?"

Fueled is a product and mobile app development agency that can help you gain insight into the potential profit you can make with your app idea. Did you know that the best running app is now available online? find it here now.

Which Platforms Make the Most Money for App Developers?

First and foremost, you need to decide what platform(s) you want to design your app for. This can greatly affect your earning potential due to differences in market penetration and platform popularity.

In the app world, developers are in high demand and are compensated accordingly. The Android platform is in the lead with an average salary of $97.6K amongst developers. Android is a well-regarded platform because of its continued market penetration. Apple’s iOS platform is not far behind — mid-level iOS developers make about $96.6K a year. It is worth noting that both Android and iOS are "top heavy" in terms of earnings, with much of the total revenue being earned by top developers. Some of the younger app developers in the market have begun recruiting mobile app marketing specialists to help them bridge the gap.

While more niche platforms can be profit earners, they should only be considered once your app has proven profitable on a more widely used platform, especially considering the dominant Android/iOS duopoly. Once an app is a proven winner, porting it to other platforms becomes more viable.

What Kind of Revenue Do Apps Generate?

There's no denying it. Apps are big business. Global mobile app revenue is projected to reach $188.9 billion by 2020, an increase of more than 200% from 2016. Gaming apps dominate the list of top-grossing apps. As of April 2018, Epic Games’ Fortnite makes about $1.9 million in daily revenue, with Candy Crush Saga by King in second place at $1.3 million per day through in-app purchases. Pokemon Go raked in almost $800 million in 2018, an impressive 35% increase from its revenue in 2017.

Most game apps are free to download, but the real money is made through in-app purchases. Last year, global revenue from in-app purchases was projected at a staggering  $71.3 billion— it makes sense, considering that 98% of app revenue comes from free apps with in-app purchase options.

How Much Do Subscription Apps Make?

With over 50 million registered users, Match Group's Tinder is a great example of an app that is a tidy money earner due to in-app purchases. The Tinder dating app is free to download, but makes money by charging users for bonus features like unlimited swipes, which give users endless opportunities to match. Tinder’s "Passport" add-on allows users to match with users in other locations, while "Boost" allows users to bump their profile to the top of the pile of users in their area. In Q1 of 2018, Match Group reported generating over $407.4 million in revenue. Tinder charges $9.99 a month for a Plus subscription and $14.99 for a Tinder Gold upgrade. This approach has made Tinder one of the highest-grossing apps worldwide.

Bumble is a close competitor with 50 million users and an impressive growth rate of 135%. Unlike Tinder, Bumble allows only women to initiate a conversation on the app and has also grown to include sister apps for networking and finding friends. The app was estimated to make $172 per minute in 2018 thanks to its monthly $9.99 subscription option and premium features like Bumble Boost and SuperSwipe.

Pandora, Tencent Video, and iQiyi are also high up on the list of top-grossing apps. Subscriptions generate the majority of these apps' revenue. Video-streaming apps like Hulu and Netflix operate on subscription-based method as well.

AnchorFree's Hotspot Shield is an app that has proven to be useful on a number of globally important issues. The app allows users worldwide to access a virtual private network (VPN). This technology was crucial during the Arab Spring, as it allowed users to bypass government censorship. Subscriptions cost users $5.99 a month for a year of service, or $12.99 on a month-to-month basis. Hotspot Shield reached 650 million installs as of 2019, and remains one of the top-grossing apps on the iTunes App Store.

On a smaller scale, privately owned apps are also generating a significant amount of revenue. The Telepathic, Inc. app Hooked is relatively simple, and yet it rarely strays from the App Store’s top-grossing books category. Users gain access to suspenseful stories in the form of text message conversations through weekly, monthly, and annual subscriptions. The app hooks users in with engaging stories but requires them to subscribe in order to find out the ending.

Personal trainer Kayla Itsines' Sweat app is a top-grossing app that serves as a great example for beginning app developers. The app provides subscribers with 28-minute workouts, diet plans, and yoga videos. Sweat quickly gained a cult-like following after its release in late 2015 and currently generates $100 million in revenue yearly. Itsines and her husband are worth a combined $46 million.

Apps have branched out from the cellular platform as more integrated smart devices have entered the market. Smart TVs are a staple in more than 70 million homes in the United States. The most popular apps used on Smart TVs are ones that are appropriate for the medium and already have a very large, existing user base such as Netflix and Hulu.

Smart speakers like Alexa and Google Home have also dominated the app market. Ownership of these devices is predicted to skyrocket to 125.65 million by 2020 with a steady growth of third-party app purchases that surpass 1500%.

If it makes sense on the platform, it is worth keeping Smart TVs and home devices in mind when designing your app. Expansion of platform offerings not only increases exposure for your app but also opens it to new revenue streams.

Similarly, today’s hottest video game consoles have their own app stores. A number of apps can be found on each platform, including Netflix, Youtube, Hulu, and Amazon. These are successful apps offering their services on new platforms to make it more convenient for their users. It’s a good option, but not necessarily a great fit for most people.

Another platform to pay attention to is smartwatches. With wearables becoming increasingly prevalent, it’s no surprise that smart watches are predicted to reach a 51% share of wearable devices sold in 2022, a huge jump from the previous status of 21% in 2016. Optimizing your app to be smartwatch-compatible could likely be a competitive advantage.

What’s the Next Big Thing for App Development?

There are plenty of opportunities for fortune in the app market. The app market has experienced substantial growth since its conception and shows no signs of slowing down. The market may be a bit oversaturated, but it's promising to see that worldwide app store revenue has already reached $19.5 billion during the first quarter of this year with huge windows of opportunity opening in China, Brazil, and India. Video game apps are huge, multi-million dollar earners, but there is still a lot of money to be made in less complex apps and smart home appliances. 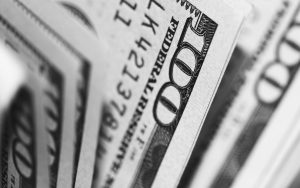 How Much Money Can an App Earn? There's a lot…

How to Turn your App Idea into Your Own Mobile App

How Do I Think of an App Idea  Many considerations…

Published by Patrick Charuza and Saurabh Kumar on August 28, 2017.

How to Launch an App the Right Way

If You Want to Make Money from the App Market, You'll…

Article in The Collective category.

Congressman Jerrold Nadler Visits the Collective For A Round Table Discussion

It’s been an exciting week here at the Fueled Collective,…

Whether you’re a hobbyist taking your first shot at an…