When the Fueled team isn’t working on apps to help you shop, drink, and dine, we can often be found following our own creative yearnings,… 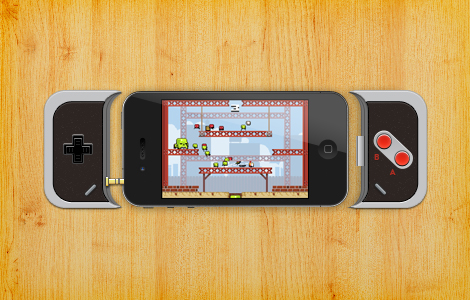 When the Fueled team isn’t working on apps to help you shop, drink, and dine, we can often be found following our own creative yearnings, some of which, when released to the public, quickly take flight.

Fueled designer Fabio Basile’s iPhone game controller, unveiled yesterday, is one of those concepts, and deservedly so - a cross between the distant past and the future, it’s a gaming controller for your iPhone inspired by the original Nintendo. “It’s just a simple idea, really: I am a big fan of retro games and I can't stand the on-screen buttons on smart phones,” Fabio said from his UK base.

To address the shortcomings, Fabio designed a two-piece system that includes a directional pad and “select” button, attached through the headphone socket, and action buttons - the familiar A and B, along with “start” - attached at the iPhone’s base. The result is a system that will employ the iPhone’s portability and the NES’s classic controls - an homage to simpler times wrapped in the highly-modern casing of an Apple product.

The response has been rapid and expansive, with a top spot on Dribbble - including over 40,000 views - and press in iDownload, Cult of Mac, and Reddit, just to begin. More importantly, though, the concept may actually come to fruition. “I have been contacted by different companies and private individuals willing to help on the technical and financial side,” Fabio said. “The main point is to keep the costs down while keeping a good build-quality. Once we get a working prototype, it will be posted on Kickstarter for the first round of funding and pre-orders.”

Published by Andrew O'Hara on September 19, 2022.
Previous post Pin Drop Ensures You Won’t Forget that Special Place, Whatever and Wherever it May Be ← January 11, 2012 Next post → Banjo: a Much-Needed Solution to Networking Woes, But at What Cost? January 12, 2012