Let’s throw out some statistics about the international art market because these numbers may surprise you. Firstly, art market revenue is the combined total of worldwide auction sales, international art fair revenues, and regional markets and online sales. Global sales for art are large and growing quickly: Revenue reached over $54.7 billion by the end of 2014, a sizable increase from the year before. Of these total sales, 6% was earned solely through online auctions. The U.S., which holds the largest share in the global art market, accounts for 39% of this $54.7 billion total, emphasizing the fact that art culture is a present and prominent part of American life.

What that means for the tech industry, also an area with multi-billion dollar revenues, is that mobile and tech companies are becoming involved in the art market, taking advantage of its high-growth potential and earnings. From mobile apps to online galleries, the movement to digitize the art market is changing the way people engage with art around the globe.

The Tate Gallery’s Pocket Art Gallery, the Museé du Louvre app, and the recently-released Metropolitan Museum of Art app represent how the major art institutions of the world have joined the digital bandwagon. David Grosz, head of Pace Gallery’s mobile initiative and President/Editor in Chief of Artifex Press discusses this transition: “Apps are just another means of disseminating information. The revolution here is not that it’s an app; it mostly has to do with portability.” The ease of using an app is what draws institutions and audiences alike.

Some institutions have gone further and created applications that act as their own exhibitions, like those in Gallery One of the Cleveland Museum of Art. In one exhibit, visitors can rearrange the designs on a tapestry of the myth of Perseus that is depicted on a screen. Another exhibit lets users look into a camera, make a face, and the device shares the artworks within the gallery that have similar facial features. It is meant both entertaining and educational, with people interacting with the artwork of the museum to create an impactful and unique experience.

For other art institutions, too, the process of letting people personalize their experience, if not make it more entertaining, is at the core of these mobile apps. Take the free Tate Trumps app, for example, from the Tate Gallery: compete with friends, family, or others in a game similar to “War” with cards comprised of the gallery’s pieces.

Along the same lines, the John Baldessari’s “In Still Life 2001-2010” free app lets users create their own still life by rearranging the objects of a 17th century Dutch still life. Save the picture and share with friends to prove your artistic chops while gaining the briefest insight into Dutch painting. Similar to the Tate Gallery app, it’s about entertaining the audience while highlighting the art. These two applications exemplify the modern intersection of art and technology and how people’s relationship with artwork is changing as a result: more interactive, entertainment-based, and with an element of interpersonal communication.

Outside (literally) of these standard art institutions, mobile apps for art enthusiasts have moved onto the street. The Geo Street Art app, lets you know the street art that is close to your location, based on a map interface. Other street art apps, like StreetArt by William Wray similarly showcase street art in a given city, but act more as a visual compilation of the art rather than a directional, educational tool.

What these street art apps and those that accompany traditional art institutions have in common is that they are a tool for people to explore entire collections of visual art and personalize the experience in some manner, either through social media sharing or personal gallery curating. As Nancy Proctor, head of mobile strategy and initiatives at the Smithsonian Institution says, “social-media makes the experience of the device very, very personal. And very intimate.”

From a sales perspective, mobile art applications have also had an impact, connecting dealers with collectors. Bluethumb, an application based out of Australia and launched in 2013, is one of the most successful online art retailers. Through their website and app, they earned over $26,000 in revenue at the end of 2014, with 20% of sales coming through their mobile app.

Artsy, an app with an international following and a Fueled client, expands beyond selling art: users can stay up to date on the latest exhibitions, follow shows or artists, etc. A true mark of its success came when art auction hegemon, Sotheby’s, agreed to partner with the app in October 2015 and bring its collection and art-selling savvy to the company. This agreement between a digital company and a traditional art auction house is consistent with the larger trend that the art gallery apps, street art apps, and application-based exhibitions represent: digitizing the art world.

The intersection of art and technology is at its most apparent right now. Art establishments are adapting to the development in an unprecedented way: making everything free and accessible to the public. The first open-access museum was the Rijksmuseum in Amsterdam, in 2011, and they offered 208,000 images available for free download. As of 2015, over fifty institutions offer open access to their collections. Koven J. Smith, director of digital adaptation at the Blanton Museum of Art in Austin, Texas states, “The days of art museums being reluctant to release content are drawing to a close.” Institutions must progres with the digital times in order to stay relevant, but this free access to content could result in a loss of visitors to the physical institution. The cultural and monetary consequences of this have yet to be determined, but it’s important to understand this unlimited access in both negative and positive terms.

For art enthusiasts and museum visitors, the digitization of museum and gallery collections has changed their behavior regarding how they consume art. From July 2011 - July 2012, 33.4% of U.S. adults attended core arts events, including museum and art gallery visits; only a decade prior, this number was closer to 40%. However, one notable change is the number of people who have consumed culture online: 71%.

Access to art has never been more open (or free) thanks to technology. From apps that enhance your experience at a museum to those that let you purchase a Picasso to ones that lead you to the nearest street art, there’s something for everyone with any level of interest in art. These apps have expanded the scale of art consumption by reaching a new, digital audience, led to higher revenue concerning art sales, and heightened exposure for art institutions worldwide.

Just as the nature of the technological realm is so difficult to determine given its ever-changing nature, so, too, is it hard to predict the future of this intersection of art and technology, and it’s lasting consequences. There is something to be said for being physically present in a museum, surrounded by the artwork, and fully immersed in the experience without the presence of technology to distract. Should we celebrate the fact that our cultural excursion can now be personalized, interactive, and more accessible? Or should we take a step back and wonder why one of the apps on our phone lets us use stunning works of arts like a Pokémon card? At the very least, we should ask these questions and be aware of the divergent paths this digital trend can take.

Our Top Sites for Design Inspiration 4

Published by Rae Steinbach on March 15, 2017.
Article in Product Design UX UI, Under the Hood categories.

Our Top Sites for Design Inspiration 3 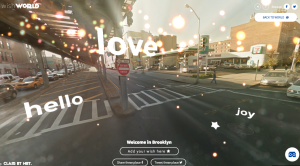 Our Top Sites for Design Inspiration 42 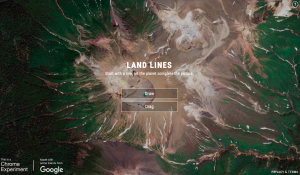 Our Top Sites for Design Inspiration 41 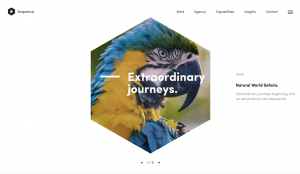 Our Top Sites for Design Inspiration 40 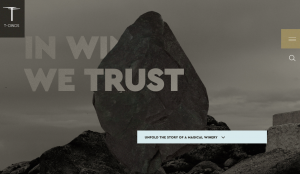 Our Top Sites for Design Inspiration 39 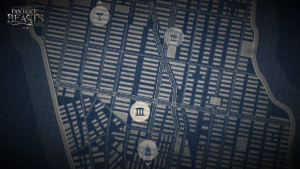 Our Top Sites for Design Inspiration 38

Published by Rae Steinbach on December 7, 2016. 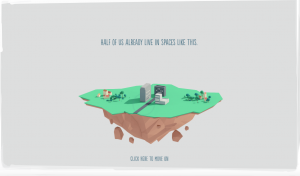 Our Top Sites for Design Inspiration 37 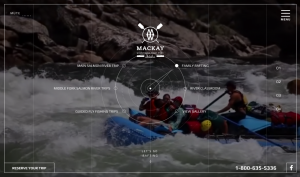 Our Top Sites for Design Inspiration 36 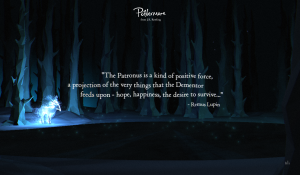 Our Top Sites for Design Inspiration 35

Published by Rae Steinbach on November 9, 2016.