Give Cherry a Try, and Watch this Car Washing Service Live Up to Its Name

Is the traditional car wash about to become a thing of the past, an antiquated way to touch up your car? In San Francisco, it’s… 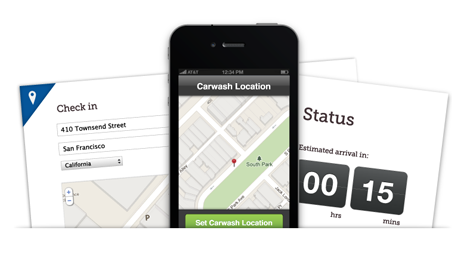 Is the traditional car wash about to become a thing of the past, an antiquated way to touch up your car? In San Francisco, it’s a possibility. Through Cherry, a mobile app and website, users simply park their cars, open the app, and request a wash. In turn, Cherry sends a team from its network of third party washers, and, while users are away, the team washes the users’ cars for a flat fee of $29.

The idea is a completely new one, sparked by founder Travis VanderZanden’s prior car washing experience. Thus it faces no (visible) competition yet, only existing offline washes and gas stations, which Cherry aims to step on. If the concept of a mobile car wash gets as popular as some think it will, you can say goodbye to driving to the washing location, waiting in a line of cars, and waiting while your car is washed and dried. So far, people absolutely love the alternative that is Cherry, a name, VanderZanden explained, that “comes from the saying, ‘That car is cherry,’ meaning the car is perfect or really nice.”

Unfortunately, the service is reserved to the Bay Area only for the time being. There are plans for expansion, hopes to eventually spread to every major city in the country. That raises a major concern, though, one that hasn’t been completely resolved.  Being that all these car washes are done outside, what happens in cities like Detroit or Chicago during the winter?  VanderZanden’s answer is that washers can do other things in the winter, like shovel snow or shave ice off windshields. This can be done, but lack of demand for these brief, menial jobs suggests Cherry would be better-off as a seasonal service (like Nabisco’s seasonal cookies, Mallomars, minus the mystery). It could weather all seasons in better climates like California and Florida, but it doesn’t have to be a year-round thing to generate hefty profits.

Regardless of which markets it expands to or when it operates, Cherry is about to make a real splash. Assuming the average person gets his or her car washed once or twice a month, they should be used to paying the $29 (that includes tip) to avoid any hassle and get a squeaky clean car wash. Of course, there’s always the option of washing the car yourself to save money, but the majority of car owners can’t do it like the Cherry-trained pros.