Most startup CEOs believe in the revolutionary potential of their particular project. Like all truly enterprising individuals, they are looking to “change the world” in… 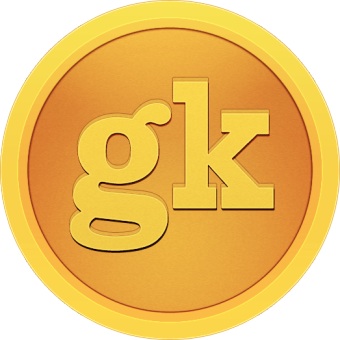 Most startup CEOs believe in the revolutionary potential of their particular project. Like all truly enterprising individuals, they are looking to “change the world” in some way. But “change the world” is a phrase whose meaning seems to have shifted. We might once have automatically  associated this expression with feeding hungry children or conquering foreign oppression. However, if you search today for the phrase “change the world,”  Google returns  tech biz tips from a Steve Jobs idolater as the number one result.

Tech startups aren’t often associated with philanthropy, admits Adrian Sanders, co-founder and CEO of Good Karma, one of the few tech-starters dedicating their whole of their efforts to changing the world in the traditional sense. Good Karma connects businesses with a roster of curated, third party verified charities and tracks the direct impact of their donations.

The Good Karma co-founders actually began, like many other promising startups, in the business of, well, business. Adrian and his long time friend Christopher Bliss, had  launched a successful cloud computing consulting firm. Chris, Adrian revealed, was a long time humanitarian. “He’s crazy philanthropic, he really thinks a lot about the world’s problems. He hates people who talk about ‘follow your bliss’.” But Adrian? Not so much. He preferred the cynical route.“I wasn’t philanthropic because I didn’t feel engaged with any of the charities out there” Hyper-positivity or blatant reliance on pathos are tactics that tend to leave a bad taste in the mouths of skeptics “It’s either they’re bullshitting me or they’re guilt tripping me. Charities really believe that they need to trick people into giving them money. I thought, there’s gotta be a better way.”

It was Good Karma’s CTO and cofounder, Dmitri Cherniak, who first drew the friends’ attention to  Tim Cook’s first major decision as Apple CEO: to match the charitable contributions its individual employees up to 10K per year, per employee. The CEO of the most powerful company in America had dedicated his first move to social responsibility. For Dmitri and the rest, this was indicative of a major change in corporate culture. Research  shows that when users connect a company with some positive image, they tend to spend more money. Corporate philanthropy, Good Karma believes, is becoming less an optional cost and more an essential one, so why not make the process easier, more transparent, and beneficial to parties involved? Good Karma acts as a charity auditor for businesses who want to give. They delve into  the non-profits’ books and figure out where every penny is going. Good Karma also provides donors with a platform for sharing the details of their contributions. For example, a press release announcing that Business A donated X amount of dollars to B charity, may not mean much to the average consumer. A social media update showing that Business A’s $X contributions provided Y amount of under privileged kids with free music lessons, however, is a more engaging method of boosting one’s image.

Good Karma is currently in private beta for companies and is actively seeking more New York City based non profits to add to their roster. The current list of non-profits includes ten non profits culled from a pool of nearly 100 interviewees. Among the current partnering non profits are APOPO, an organization that trains HeroRATS to detect land mines and tuberculosis, East New York Farms, a group that transforms a Brooklyn wasteland into farmland managed by at-risk teens, and the newest acquisition, Reelworks, which teaches at-risk teens to express themselves through film.

I asked Adrian if Karma is something he believes in, now that he has taken up the moral cause. “I think that karma is based on the idea that things seek equilibrium, and Ithink that that’s true. I think maybe the idea behind Good Karma is that we’re pretty far from equilibrium.” True, we are far from equilibrium in here in our own country. Despite a failing economies and damaged democracies, the startup scene seems to flourish. "Angel investors” are smiling down on the tech starters, even as the majority of the economy has supposedly been ravaged by their dark-side counterparts, the “corporate zombies” of contemporary mythology. Good Karma has simply chosen to use their particular providence for good. “I don’t believe in desert,” said Adrian. “You don’t deserve anything that you’re born with - you didn’t do anything to get that. I think I’m in a unique opportunity to take a lot of risks and the cost of that risk is low for me. That’s not true for 99% of the population.”