Google and Its Grown Up Problems

I recently asked my friend to look-up the Hearscreen, a hoax product “released” this weekend in London that supposedly had a built-in microphone that would… 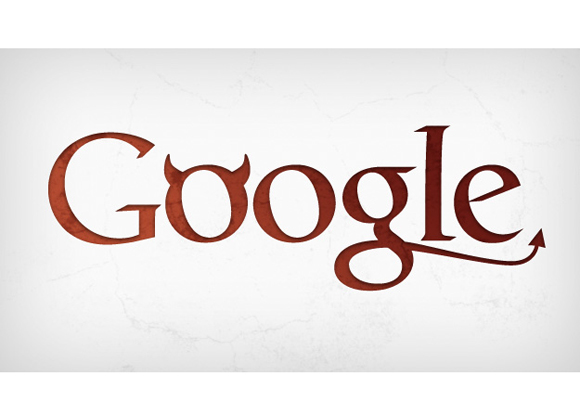 I recently asked my friend to look-up the Hearscreen, a hoax product “released” this weekend in London that supposedly had a built-in microphone that would listen to the conversations watchers had. If it heard someone say, “Hey, did you hear about the new Blackberry?”, for example, the TV would search its database for matching keywords and light up with a Blackberry commercial. Creepy? Yeah, that’s what my friend said, too.

Now lets put this in another context. Ever noticed that when you send an email mentioning flights, the little blue link above your inbox offers you the guaranteed lowest airfares? Ever noticed the new Tory Burch sale advertisement pop up next to your newsfeed on Facebook just when you were looking for bags? Your television might not be listening to you yet, but your computer most definitely is. And for some of us, that’s a really big deal.

The privacy issue is not alien to the media. The last upheaval took place on March 1, when Google updated its privacy policies. Google has been under the spotlight this year as numerous articles are churned out about the engine violating its famous “don’t be evil” motto. The company is being accused of being unable to uphold the values they started off with, the very values that made Google trustworthy amongst its users. In a detailed article titled The Case Against Google, Mathew Honan argues that people don’t trust Google anymore because it makes they’re uncomfortable knowing Google is “reading” their personal information. Google’s justification is pretty clear-cut: unless they find a way to know more about you, they cannot give you better search results.

Google’s new baby, Search Plus Your World (SPYW), is an attempt for the media giant to keep up with the trend of personalized search. If you search for Mark Thomas on Google, you’ll just get a list of Marks, but if you search for him on Facebook, you’ll reach the Mark to whom you have a real world connection. More and more data is being pulled off the browser (think mobile applications), making this data unavailable to Google unless they monopolize the social realm on the web and users allow Google to connect to the applications.

The result is in front of us: the Google homepage has a black bar on top of the page to remind us that the search engine is not Google’s core product anymore: The product is simply Google. Google wants you to use Google+, Google Play, Google News, Google Maps, Google Shopping and YouTube so they can track not only what you like and dislike, but where you travel, what you eat, who your friends are and what your spending power is. Google knows everything on the web, and now it wants to know everything about you, arguably to serve you better.

The question is, of course, how many of us are OK with this? A Pew Internet study found that 73% of Google users did not want their searches to be tracked, and 65% of users thought it was a bad idea for Google use their previous searches to personalize future ones. Imagine that you searched for tickets to China, most of your circle on Google+ is ethnically Chinese, and you watch videos in Cantonese on YouTube. Google might make assumptions about your ethnicity and place ads accordingly. While 29% of users think that this is helpful because you are getting advertisements that you could use, a dominating 65% think it is appalling for algorithms to map out your life and profile you by tracking your online behaviour.

Google is not an evil company by comparison to other media giants, but Google is evil by its own standard. In fact, Google’s ‘don’t be evil’ motto is an invitation for an argument. In Google’s early years, Visa offered to pay the company a large sum of money to place the Visa symbol at the bottom-right of the homepage. Larry and Sergey turned it down – it wasn’t helping the users in any way. Google’s obsession with user benefits was revolutionary.

Similarly, search results and advertisements are ordered by PageRank, the algorithm that determines which link is most helpful, and businesses cannot pay to increase their page ranking. However, Google recently violated this promise when it placed Google+ links above the ones calculated by PageRank. Google also lied about being unable to “index and rank” Twitter. With the help of this lie, they were able to ignore Twitter results altogether and boost their own product. To any businessman, this seems like a smart business initiative, but it violates Google’s original ideals, ones focused on being a democratic platform where small business owners are given the same opportunities as their large counterparts.

In my opinion, there is no need to be scared of Google yet. When you read about Larry Page and Sergey Brin, you hardly conjure up an image of two greedy, evil men. So what is really going wrong at Google? Google has become complacent, which is driving it to expand, and its results aren’t impressive. It is compromising its simplistic values while failing at expansion, and it is clear that Google’s new business strategies may cost it the trust it has gained over more than a decade. As a result, the question resonating through everyone’s mind is: Have the college dropouts who started Google in shorts and tees grown into the suits they used to condemn?