How I Learned to Stop Worrying and Love @ElBloombito

Before Irene, the first and last time I had heeded the debut of a hurricane, I was six years old and swaddled in my grandparents’… 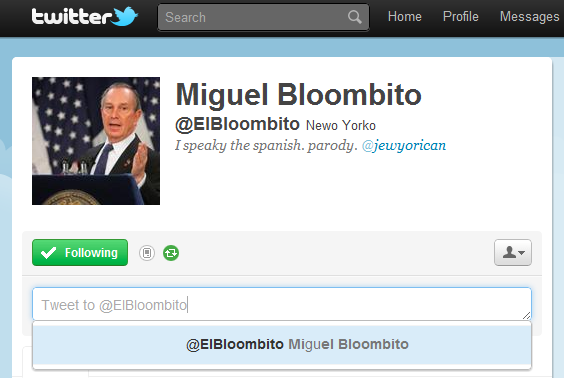 Before Irene, the first and last time I had heeded the debut of a hurricane, I was six years old and swaddled in my grandparents’ cement igloo nestled in the foothills of Moca, Puerto Rico.  My anticipatory mind had managed to conjure up images of chupacabras soaring acrobatically over tin roofs.  As wind and water licked the louvered windows, the uncanny euphoria that a glimpse of danger brings swept over me.  For the rest of my childhood and adolescence, every encounter with thunder and lightning would make my heart race just a little bit faster.

Cut to August 27, 2011.  I’m 23.  I’m sitting on the floor of my living room in the penthouse apartment of my childhood home.  My parents are downstairs.  I am selectively alone, taking solace in the companionship provided by my thoughts as I realize that the flood waters of adulthood have engulfed me.  My hurricane party consists of the realization that the last time I had prepared to weather a natural disaster, I was a minor.  Objectively, this time I am no more or less secure than I was then.  The tape on the windows is equally unsightly, and a garland of beatified dollar store candles still lines the walls.  The last time, however, I was protected by a layer of naivete that my Brooklyn upbringing quickly copped.  Browsing Facebook, I see a mob of Irene-related status updates, including several puns applied to Come on Eileen.  However, one link in particular catches my eye.  I see that my brother has posted a link to a Twitter account, @ElBloombito, assigned to a man with the curious appellation, Miguel Bloombito.  Having cackled earlier in the day as I listened to Mike Bloomberg unabashedly massacre the Spanish language during a radio press conference, my interest is piqued.  Immediately, I begin scrolling through the parody tweets, and for the first time in hours, smiles supplant the steady stream of stress that had been flooding my face. For a fellow Nuyorican with probable Jewish ancestry, @ElBloombito was more than just a fleeting amusement.  It was a reminder of the inimitable power of humor and the unshakable stability that can be found in a remembrance of one’s roots.  While I’m still grappling with the sturm und drang of adulthood and all of its associated expectations and norms, I couldn’t have chosen a better time to mature.  As the world becomes inundated by social media, it’s easier than ever to fish out a reminder that what at first seems like a hurricane is really just a tropical storm.