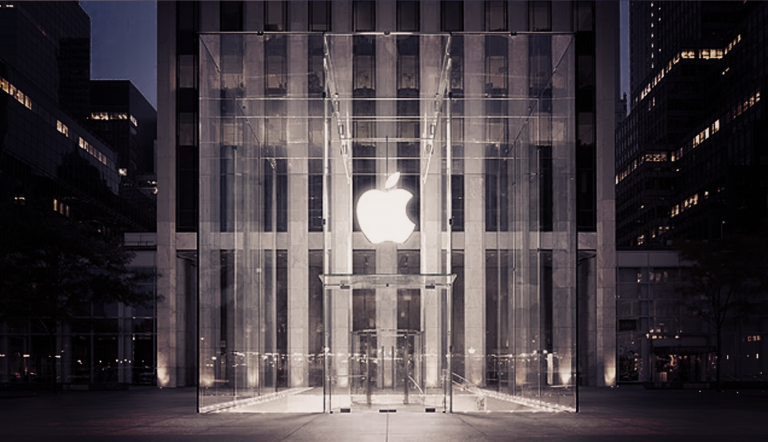 Has Apple Finally Figured Out Luxury?

The iPhone X skips the usual naming and price formula to target a luxury audience, making it Apple's boldest play at becoming a lifestyle brand…

Apple has long been a premium brand, but they're hardly a luxury brand. Take the Macbook Pro model. In March 2015 that was supposed to change with Apple's launch of a $17,000 gold Apple Watch Edition, their first overt shift into luxury. The "Edition" smart watch was supposed to be the debut maneuver in this grand pivot, but it was a flop. Though you can read a lot of very positive reviews of the product on SpotTheWatch, the luxury version seems to be lacking in flare. Apple tried to do luxury like the big fashion houses--the standard-bearers of luxury defined more by branding than material benefit--and it failed. At least for now, the market is calling bullshit on the idea of a $17k version of an Apple Watch when the same technology in a different case costs $400.

Their second attempt at luxury is the iPhone X. You scoff? No, it’s not luxury in the Rolex sense, but this stratified approach to features--a way that companies like car manufacturers differentiate their versions of luxury--may just become the new standard.

A Failed First Attempt at the Luxury Market: The Golden Watch

The run-up to the first Apple Watch launch was longer than you might think. Back in 2013, before Apple even announced the watch, the company began poaching luxury fashion industry executives. Paul Deneve, former CEO of Yves Saint Laurent; Angela Ahrendts, former CEO of Burberry; and Patrick Pruniaux, former vice president of global sales and retail at Tag Heuer all joined Apple. How much of their combined expertise went into the $17K Edition is unknown, but the high-end fashion industry's approach clearly parallel's Apple's tack with the Apple Watch's launch.

Apple was enamored by the classic luxury brand trick of demanding a huge premium for an otherwise seemingly commodity product, with the value associated to the brand and logo more than the product and bill of materials themselves. A Rolex watch is 200 times more expensive than a Timex because Rolex, as a luxury brand and status symbol, can charge $10,000 for a watch. Only a tiny percentage of that differential is due to more expensive materials. Apple thought this trick would work for tech, and the Apple Watch Edition was their first test of that hypothesis. The move failed hard and Apple was forced to rethink their approach.

The turn was not swift, as Apple’s half step indicated. They pivoted to partnerships for the time being. The Burberry bands for the Watch. The Hermes special editions. Apple partnered with established luxury brands to maintain an association to luxury, albeit with a significantly different (and less profitable) approach.

But now Apple has finally revealed their new luxury pivot in the form of the iPhone X.

Of course, Apple has its core sphere of premium devices carved out, with a consumer base far wealthier than the average Android customer (median US iPhone app users earn $85,000 per year, which is 40 percent more than Android counterparts, with median annual income of $61,000), Apple has doubled down on the fact that most Apple devotees are okay with (read: love showing off) their premium-priced devices.

A qualitative approach is why this watch failed. It is the bread and butter of watchmakers and fashion designers. What’s in a name?

For Apple, apparently, not quite $17,000. Not even close, probably. Yes, Apple fans love showing their new phones and laptops off, and plenty of friends and strangers are curious enough to approach them about their fancy new devices, but this singular pull is not enough to change the brand perception. Nor does this approach work in tech, where your product needs replacing every eighteen months.

Apple makes the most technologically refined devices on the market. They may be a higher price, but the ends justify the means. Leaning into this mentality — that paying more for a product should be justified beyond aesthetic value — is quantitative luxury.

It's the luxury car model. These vehicles all serve the same purpose— a necessary purpose— of transportation.  You need a decent car, but you don’t need a Lexus. You need a modern smartphone, but you don't need an iPhone X. The Audi A4 will serve the same function as your beat up Camry, while being shiny and new. But the R8? Now that's what performance feels like.

iPhone X: A Second Attempt at Luxury and Lifestyle

The iPhone X is an approach, unlike the Gold Apple Watch Edition, that makes a quantitative argument for tech as luxury. Apple has given up on being the “Rolex of tech” and instead have pivoted to be more like Lexus and Audi. To do this takes more than an aesthetic overhaul; more than a really expensive designer wristband. The luxury product needs to have features and power to back up the extra $300.

But the iPhone 8 is still available at many outlets, bucking the generation-long trend of iPhones selling out in pre-orders. Either users are turning to Android, or they are waiting for the better product. Let's bank on the latter. On paper, money not being an issue, the iPhone X is infinitely more enticing. What the X offers is, in many regards, what Apple devices used to offer across the board — new, proprietary tech and the feel of exclusivity.

FaceID takes ideas that are already in play with Snapchat, and places them front and center. Use your face to unlock your phone. How awesome is that? Guess who else is doing it — not Google, not Samsung. It's not just a fun feature either, as Apple is marketing it to be the safer than touch ID. Animojis are strange and superfluous, but they are exclusive. Available only between X users, Apple ingeniously has made the dumbest new feature feel rewarding, creating a sense of community between you and other people whose purchasing habits justify your own.

It is not that a quantitative change is entirely internal either. A huge appeal of the iPhone X is the screen, the elimination of a home screen, the sleekness of the whole design. This has, for the most part, function. With the X, Apple found a way to make sure a major tech advancement required a huge overhaul in design.

Apple's updated approach to luxury can also be seen in the way they handled updates to the Apple Watch and Apple TV. The Series 3 is nearly identical to previous iterations, save one detail. A small red dot lurks on “digital crown." This red dot signifies a multifaceted approach for Apple.

The new Siri Remote for Apple TV adds voice control functionality. There is a quantitative improvement and reason to upgrade (especially pared with the Apple TV 4K). And as we expect, a visual signifier. The menu button is highlighted white. A functional upgrade signified by a visual quirk.

It is not the Apple Remote Plus, or Premium, but the Siri Remote. It is not the premium version of the iPhone 8, but the X, removed from the numeric scheme. A distinct line of products for higher end consumers who want and can afford more from their products. This is what a brand who can sustain luxury looks like.

The luxury car model is a step that will allow Apple to expand, to reach beyond tech and become a lifestyle brand. In Apple’s vision of the future, people congregate in town squares with beautiful, chic devices in their slim pockets. It is a future for more than just a limited number of wealthy, beautiful loyalists. It is a safe, aesthetically unified ecosystem that exits for every user of an Apple device. Ideally for Apple, this means everyone. Apple in your pocket. Apple on your wrist. Apple in your driveway, on your nightstand, hell, they may just be your nightstand and everything in it.

Published by Andrew O'Hara on August 17, 2022.
Previous post Motion Design Is the Next Dimension: Are You Using It Correctly? ← September 25, 2017 Next post → Do AAPL Stock Prices Always Fall Before an iPhone Announcement? September 27, 2017