App Store and Google Play each have pros and cons but are often compared based on app pricing. Learn why iPhone users spend more on…

Developing a mobile app? First, you've got one major decision to make: iOS or Android? Good question. With a combined global market share of 99.6%, competition between these two operating systems has intensified into an increasingly narrow “two-horse race.”

While the App Store and Google Play each have their pros and cons, they are often compared in monetary value based on users’ app purchases. Since developers want to develop apps that generate revenue, it's important to recognize which operating system supports the most app buys. It’s perhaps no surprise, but recent reports indicate that on average iOS apps make 80% more money than their Android counterparts.

So, now the big question is why do iPhone users spend more on apps than Android users? 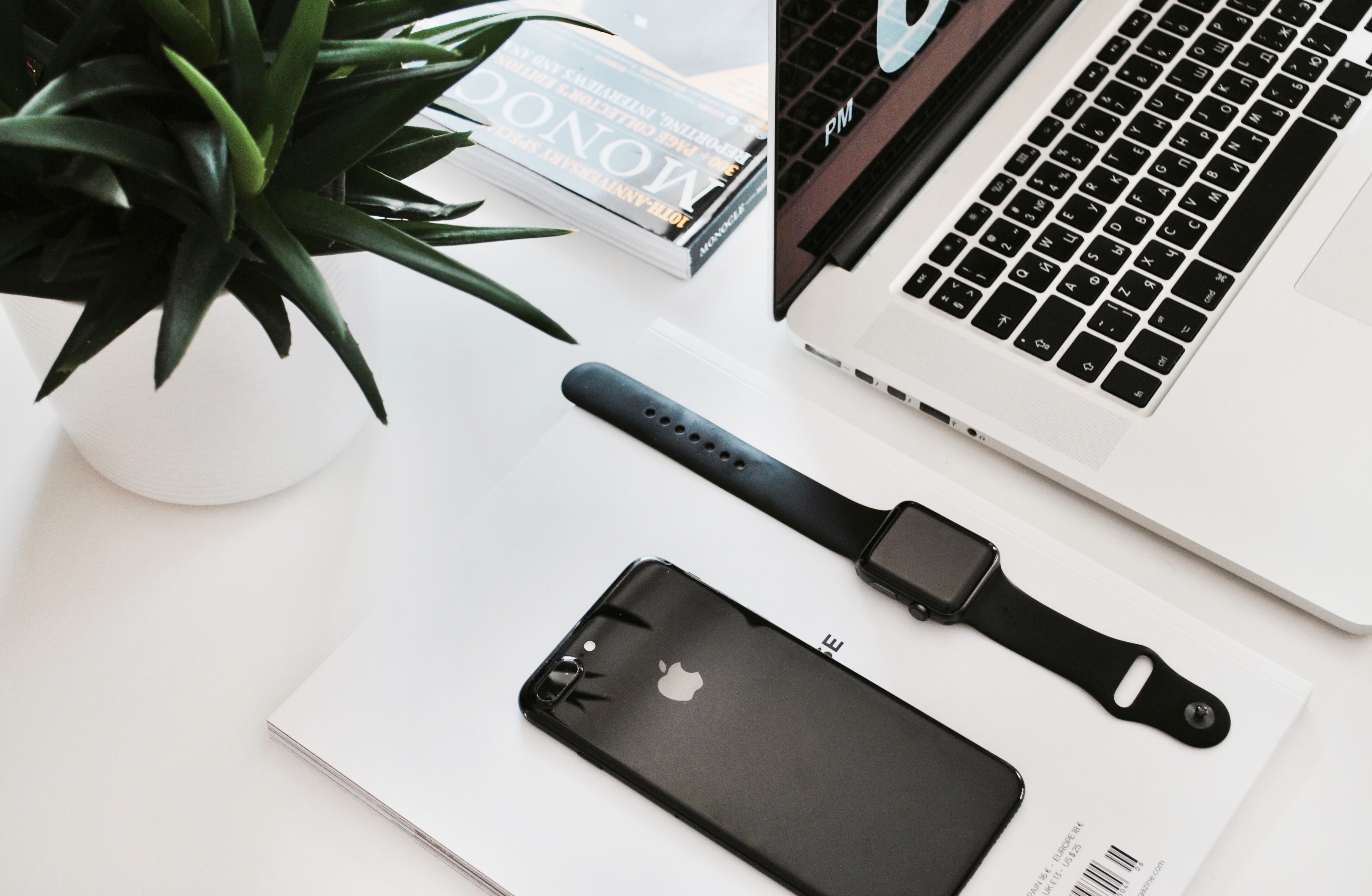 First off, let's discuss engagement. According to a survey conducted by OnePoll, a leading crowdsourced shopping platform, iPhone users spend an hour more a day on their devices in comparison with Android users.

Now let's compare this to Android, where the diversity of devices from budget phones to high-end offerings attracts different types of users, with varying engagement levels in usage. On average, Android users are more price-conscious, in fact price is the greatest contributing factor towards choosing an Android phone in the first place.

Studies show that the lower the price of the hardware, the less the user spends on apps and software. The “logical assumption” is that lower-end users do not buy many apps because they are not seeking as much value out of their phone as a high-end Android or iPhone user does. A majority of the people who own Androids live in developing nations. This affects app purchases because the use of credit cards is lower in developing countries.

Meanwhile, out of the 2,000 people surveyed, the average annual income for iOS users is $53,251, in comparison to Android users' average $37,040. They also tend to be early adopters that want more out of their smartphones. Greater levels of engagement suggest that iPhone users are deriving more value out of their devices, and are therefore more likely to pay for applications that increase the capability of their smartphone. 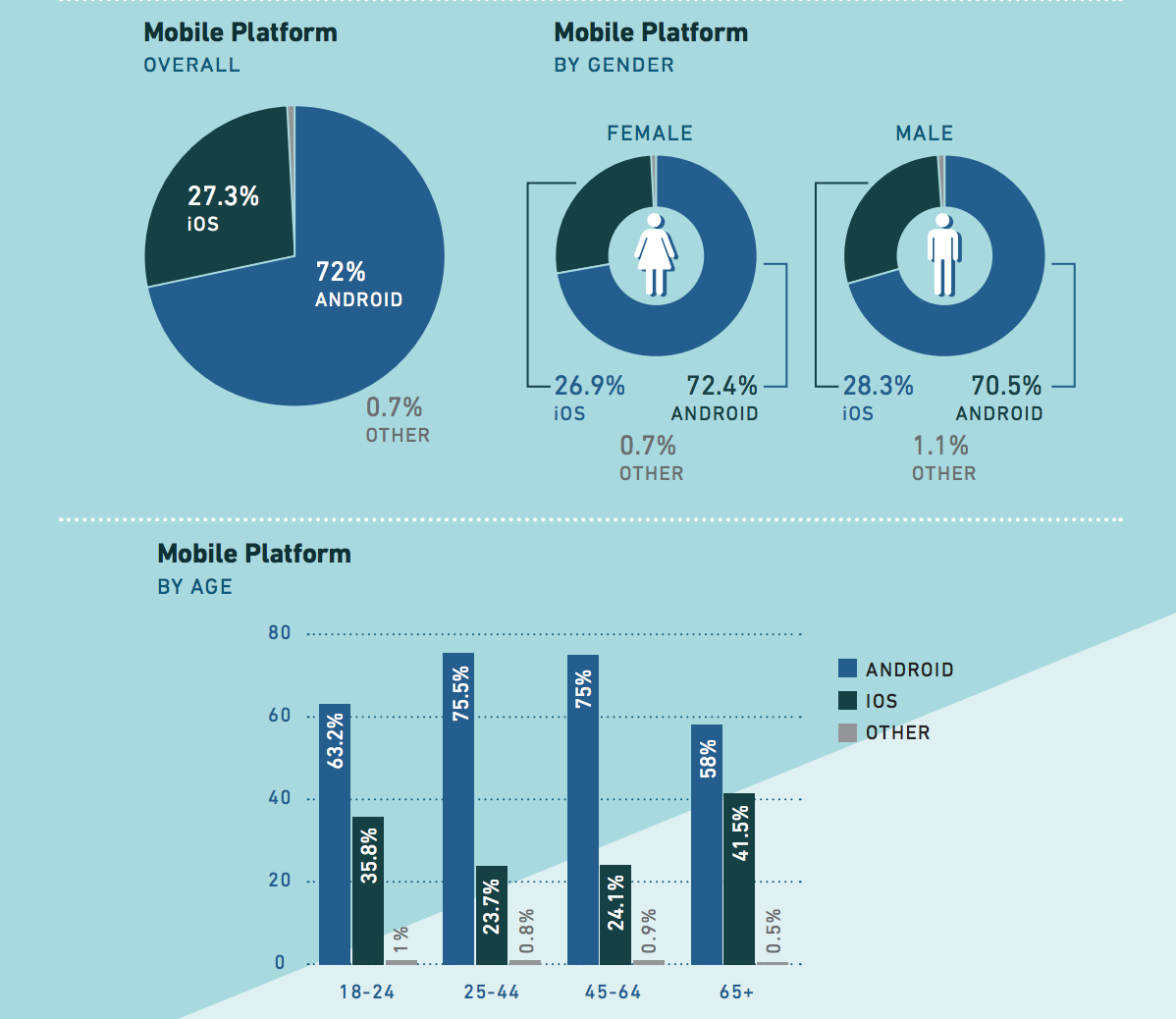 Another reason iPhone users spend more on the App Store than Android users spend on Google Play is due to their higher levels of brand loyalty. Turns out, iPhone users are incredibly loyal. According to a recent Morgan Stanley survey, 92% of iPhone users say they would be likely to return to Apple for their next phone. This is a 6% increase from 2016. Android users, when asked the same question, were only 77% likely to return to Android.

Experts say apps in the iOS App Store tend to be more expensive than those for Android smartphones, which may also contribute to the greater amounts of overall iPhone app purchases. According to Flurry Analytics, in 2013, the average price paid for an iPhone app was 19 cents and just 6 cents for an Android app. In fact, research by Stardust Testing found the average Android app cost less than half of an average iOS app. For example, some popular apps such as Angry Birds and Tetris are paid apps on iOS but are freely available on Android devices.

Whether some app developers follow this pricing pattern because Android users naturally spend less, or because the perception of Android users spending less leads to them selling lower priced apps in the first place is hard to say. It is a little bit chicken and the egg. Another point worth mentioning is that Android developers spend approximately 28% more time developing their apps than iOS. 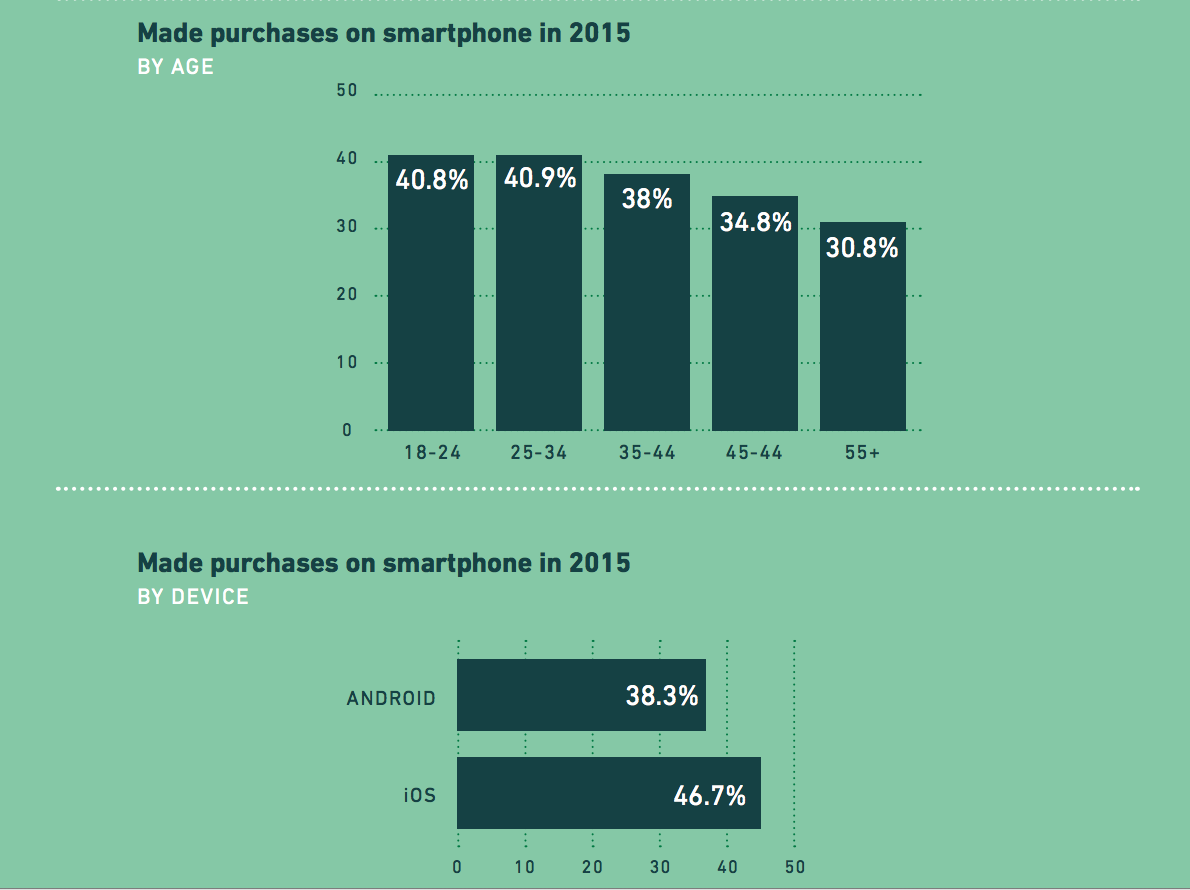 Change Is in the Air

Over the years, the popularity of paid iOS apps has waned, when it once accounted for 74% of apps in the 2008 App Store. Now, 90% of the 2.2 million apps on the App Store are free. Meanwhile, the Google Play Store has begun to see increased rates of purchased apps, thanks to a streamlined buying process that includes pre-paid credits and gift cards. The number of paid Android apps has remained at about 31%.

It's Gonna Be a Close One

Although iPhone users have historically spent more on apps than Android consumers, recent trends indicate that this gap is narrowing. Where apps have once been a key differentiator between the operating systems, user satisfaction on both iOS and Android is now leveling to an equal plane. The creation of apps has helped to shape and in turn characterize the user experience on both platforms. As the app marketplace matures, we'll be watching to see how this will be reflected in future buying habits of users on iOS and Android.