The Price of Politics Have you ever wanted to start your own country of islets? With $1 billion, you could purchase 30 to 40 various… 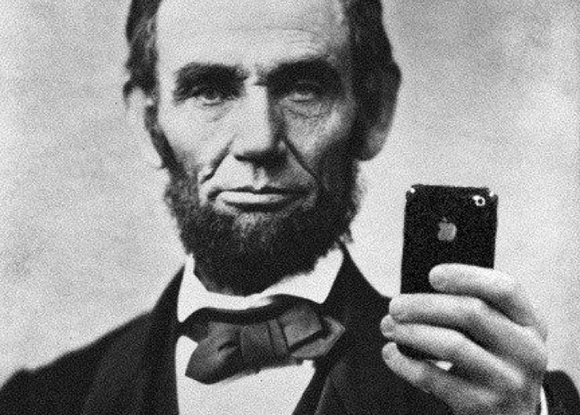 The Price of Politics

Have you ever wanted to start your own country of islets? With $1 billion, you could purchase 30 to 40 various islets. In other words, with the projected amount of money being spent on this year’s presidential campaign, you could buy 180 to 240 islets; that’s a country right there.

SuperPAC spending has exploded in the past couple of years, and this election season, the expenditure is expected to be around $6 billion. Where is the money going? Not surprisingly, administrative overhead is the biggest sink, followed by budgeting for media and advertising. Ironically enough, the third most expensive cost in running a campaign is making money – and they call it fundraising.

But in an age of mobile, the candidates and SuperPACs seem slow to accept a fact that cat video apps, finger-tap game apps, and 11-year-old app developers already know – apps make money. But aside from the overt money making value that apps can add to a campaign, mobile apps also provide data that candidates sorely need to shore up their voter base. Imagine the amount of insight a candidate can gain into the voter simply by being able to see where they check into on Foursquare or what they post on Facebook.

The Cost of Courting a Voter

Voting and party preferences, like most personal ideals, fall along a spectrum. Some voters are hardline Republicans, other voters are stodgy Democrats, and others simply don’t vote. But the voters who the money is lavished on, the voters who the candidates really want, are those who lie in the middle. Independents and “leaning” voters hold an enormous power over the outcome of an election and their indecision is one of the reasons that the cost of courting a voter varies so much.

So how much money exactly does it cost to “buy” a voter? Anywhere between $5 and $175 are needed to win one additional vote. In order to “purchase” the entire population that votes (approximately 60-percent of the total population) in the United States, a presidential candidate would have to spend between $1,572,084,495 and $55,022,957,325 dollars. Or, according to the Pew Internet and American Life Project, the candidate could potentially reach about 50-percent of all Americans by releasing an app.

SuperPACs and candidates can now potentially reach 53-percent of all Americans by releasing an app for a mere $100,000. Imagine how many people could be reached if more money was allocated to feature and advertise a political app. The rewards and returns for the candidate or party would be staggering.

So why are politicians still behind the curve?

There’s an App for That…Sort Of

Look at the apps for the presidential candidates of the upcoming election. Mitt Romney’s With Mitt app is nothing more than a repurposed Instagram that spits out Mitt Romney inspired images. For a candidate who claims he is not out of touch with the voter base, he clearly doesn’t understand that having an app is not the point of creating an app. President Obama’s, Obama for America app has greater functionality, but is bland and takes the lackluster task of voter activism to a whole new level of uninteresting. For a campaign that originally relied heavily on digital grassroots activism and excitement, the app certainly missed the mark the second time around.

This represents an opportunity for mobile app development companies looking to capitalize on the tension of the upcoming election. Ad Hawk and SuperPACApp, two apps that we have previously mentioned, is a pair of political apps that are already generating buzz by providing voters with factual information on the partisan nature of media advertisement.

Currently, 11 states offer online voter registration, with California just joining the party. But as more and more states move previously physical voting functions into the digital space, it is only a matter of time before the digital voter space expands. Bearing that in mind, political apps that are already established and functional will get the lion’s share of users – and that share is important.

One of the most powerful tools available through apps is the ability to gain information about the user of that app. Elections are all about targeting key voter populaces and what better way to determine whether someone falls in that populace or not, than with their own person information?

Apps also have the power to move and to engage users. In landmark election years such as this year’s election, being able to compel frequent voters and reluctant voters to the polls could mean the difference between winning and losing an election. Connecting with the voter also means greater chance of donations from that voter. After all, would you donate to somebody you had no personal affiliation with?

Finally, apps have the power to keep the voter base in contact with the candidate, even after an election has passed. You don’t throw away your power tools after you’re done making a table with it, so why would you forget about your voter base after you’ve won or lost an election? Apps provide a powerful medium for SuperPACs and candidates alike to maintain and consistent and close connection with the voters that they have already worked so accumulate.