Companies are seeping into the concrete foundation of social networking platforms like water into the most minute crevices. For the purposes of adding a nice… 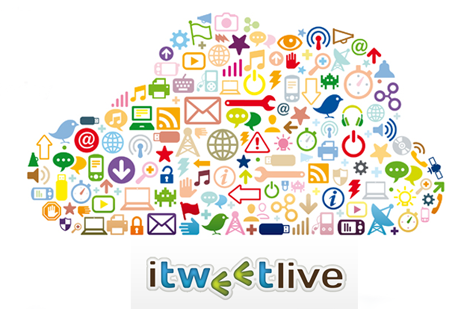 Companies are seeping into the concrete foundation of social networking platforms like water into the most minute crevices. For the purposes of adding a nice bit of leverage to their social commerce capabilities, many companies are channeling their focus to the global online advertising market. ITweetLive, in turn, is setting up camp in this territory by offering brands a service which enables them to actually engage with a mass amount of people in a fashion that takes on the form of a conversation with a personal, sentimental, edge.

Abstractly, this is reminiscent of building robots for the purpose of approximating human-to-human intimacy, in light of the fact that ITweetLive is powered by “strong artificial intelligence” which prepares diverse, pre-programmed responses to individual tweets. Hiring a large staff to chat with Twitter users is not the most cost-effective idea, is it?

Personalized communication tools allow for the separation of different groups within a huge mass of Twitter users. For instance, sentiment analysis is able to distinguish between people who may be feeling happy, hungry, sad, or lonely, based on the nature of specific words in their respective tweets. As soon as a particular signal word is detected, a personal conversation is initiated after an iTweetLive user reviews tweet responses and queues them out. These responses casually fit their way into the specific context of the chosen tweet. Thus, if you're feeling lonely, ITweetLive has a response that attempts to cheer you up, and it may manage to sew a little product advertisement in, too.

The tweeting farm is a great plot to plant the seeds of advertisement in -  there is on average an estimate of 50 million tweets per day and it is relatively simple to seamlessly weave product advertisement within a more or less casual conversational tone. A sharp example of this is the advertisement of the product EarDoc, targeted directly toward tweets that made mention of ear infections. Based on a social influence score provided by Klout, EarDoc was given a 34 - a score qualitatively higher than the 7 received by their competitor EarCheck. This route of customer engagement appears to be effective in its approach and in terms of pricing; at $250 per month, it’s considerably less expensive than traditional advertising with potentially higher return.

Published by Michael Abraha on October 12, 2022.
Previous post Need Quick Repairs With Cost Effective Prices? Not The C2C You’re Thinking Of ← January 9, 2012 Next post → Thicket for the iPad: Finger Painting for the 21st Century January 9, 2012