In the absence of a butler following you around all day with a backpack full of preselected treats, the most convenient way to get yourself… 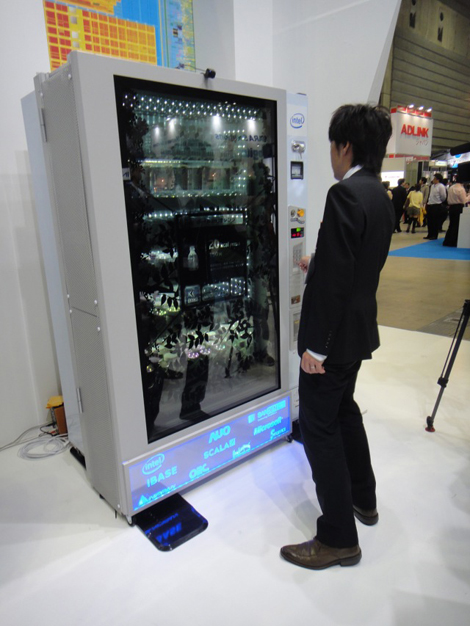 In the absence of a butler following you around all day with a backpack full of preselected treats, the most convenient way to get yourself a snack or a beverage on-the-go is to locate the nearest vending machine. It may seem like we have a lot of different products to choose from in each machine or from machine to machine, but truly there are relatively few choices in the US. This is in part because some products, like tobacco and alcohol, have been outlawed.

The undeniable world leader in all things vending machine is, in fact, Japan. Sure, there are fewer laws prohibiting the sale of certain items, but for starters, they have the most vending machines per capita at 23 per person, according to the Japan Vending Machines Manufacturing Association. Japan has also innovated, now almost beyond belief.

Think Minority Report, when Tom Cruise is walking through the mall with one of the “precogs”. In the film, advertisements interact with shoppers as they pass by. As reported by TechCrunch, a new type of vending machine developed by Intel, Sanden, and Okaya has about reached this epic state of affairs. Anchored by a newly introduced 65-inch see-through, fully high-definition display, this machine actually does what those Minority Report ads do. The only difference is that the vending machine cannot follow you or scan your eyes as you walk past it. However, when a customer walks up to it, it analyzes his or her face for gender and approximate age. Once that registers, it can show ads tailored to that demographic. This technology is called Audience Impression Metric (AIM). The machine displays a clock, and when no customers seem to be in dire need of a snack or drink, it shows beautiful virtual designs in an attempt to attract business.

On the production side, the question is, will revenues outweigh the costs in the mid-term and long-term? It’s almost certain that losses will be taken upon introduction, so developers are constantly thinking of the future, coming up with new ideas and fielding them from anyone can contribute. One safety feature has already been implemented: an emergency mode. In case of a fire, an earthquake, or some other danger, this vending machine smartly displays evacuation instructions. So when the Japanese are unsure of how to exit the building during a crisis, they can run to a vending machine for fast help and a delicious bite to eat. The opportunities based on this new type of vending machine are exorbitant. Food and drinks are just the beginning. And of course, more utilities like specific user profiles and mobile payment will be implemented as the ideas flow in.

Published by Andrew O'Hara on September 20, 2022.
Previous post ReadMill: a New Chance to Keep Connected Through Beautiful Literature ← January 4, 2012 Next post → Quarterly Co. and the Age of Culture Curation January 5, 2012