Making a Name for your Product: Easier Said Than Done

I love sports, and have loved it since I was a little kid. I love playing them, watching them and rooting for my favorite teams.… 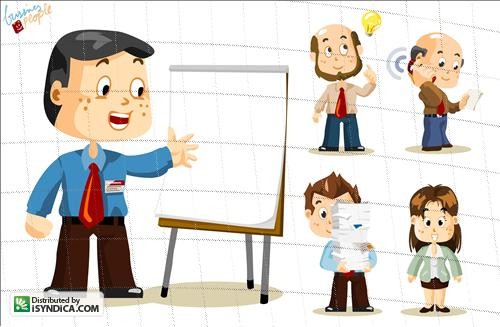 I love sports, and have loved it since I was a little kid. I love playing them, watching them and rooting for my favorite teams. But what I love above all else about sports is its inherent fairness. There’s no way to sugarcoat or BS around the simple truth that the best player will get the job, and the best teams will win. Last year in pre-season training camp for my favorite team, the New York Rangers, an unheralded rookie, Michael Sauer, beat out an experienced and well-paid veteran, Wade Redden, for a spot on the team’s defense. If anything else but pure performance factored in, Redden would’ve made the team in a landslide. But all that mattered was who was better, and it was Sauer. He became a valuable defenseman, and just signed his own more lucrative contract. (Note: This isn’t a perfect example, since the NHL has a salary cap and that was a part of the decision. But just go with me.)

Unfortunately, other businesses just don't work that way. For a startup company, simply being the best at first isn’t enough. The judicial system that rules the sports world isn't the same in the wild, wild west of the internet. Presentation, conviction and an ability to captivate an audience carry more weight in getting a startup to succeed. There are so many companies out there with similar business plans that finding a unique niche can border on impossible. Here are a few ways that a company can get ahead of the game.

Showing why you’re different, but not alienating an established audience. If you’re trying to break into an already established field, you want to ensure that you aren't veering too far from the norm in an attempt to prove your company is different. While it is essential to emphasize your uniqueness, you still want to ensure that it is very clear what you do, otherwise, you run the risk of alienating your audience. Too big of a break from the standard model of what the business is can lead to confusion and unfamiliarity with the product. It needs to be obvious what service you provide so that people won’t waste their time trying to figure it out.

Advertise, but do it smartly. Obviously, this depends on how much money each individual business has. If you’re going to advertise, pick specific places that can attract the ideal audience. If launching a website startup, pick different sites to advertise on that would lead to viewership. Finding a site whose readers would naturally use what you are promoting is the best possible way. It is the same rationale for having beer commercials during football games. This obviously isn’t reinventing the wheel, but putting advertising in the right places. So as you can imagine, scouting out in detail the best places to post your advertisements, is vital to targeting your audience.

Be Original. If an advertising or pitch campaign looks familiar, it probably shouldn’t be repeated. The thing that drives viewers away faster than anything else is thinking that they have already seen the product. While it’s good to associate with what has already been established, getting too close to it will just make for redundancies, and that doesn’t help anybody. Above all else, having a firm knowledge of the product, what it intends to accomplish, and why it’s different is what needs to be portrayed in a pitch or advertisement. Too much work trying to find a specific angle to launch with might not be useful. When speaking to Ben Kessler from SeatGeek, a startup ticket brokering website, he said that "So many startup websites are concerned about building all this buzz, but it's about launching a product. We decided to launch, and get feedback about what was working and what wasn't from people that saw the site. We do a lot of A/B testing, and we worry about our users getting the best experience possible more than building hype."

While being successful in sports requires you to be the best in your field (pun intended), doing well in startups requires creativity, motivation, and a strong knowledge of the market. But, after a while, once we get past the hype and propaganda, the sites that provide their service the best win out, just like in sports. (...See what I did there?) For a quick jump-start, think about how you’re different from the rest and what you can do that your competitors cannot. Take advantage of what makes your company unique. All of these techniques can work in the right hands. But what about after a while? After the new car smell on the idea wears off? Doing what you do better than everyone else is what really matters. No matter how creative and brilliant advertising is, quality is what pays. Without it, there’s not much to pitch in the first place.