New York City is interested in "bringing the innovations of the web and mobile” to a “100-year-old infrastructure," according to a spokesman from Control Group,… 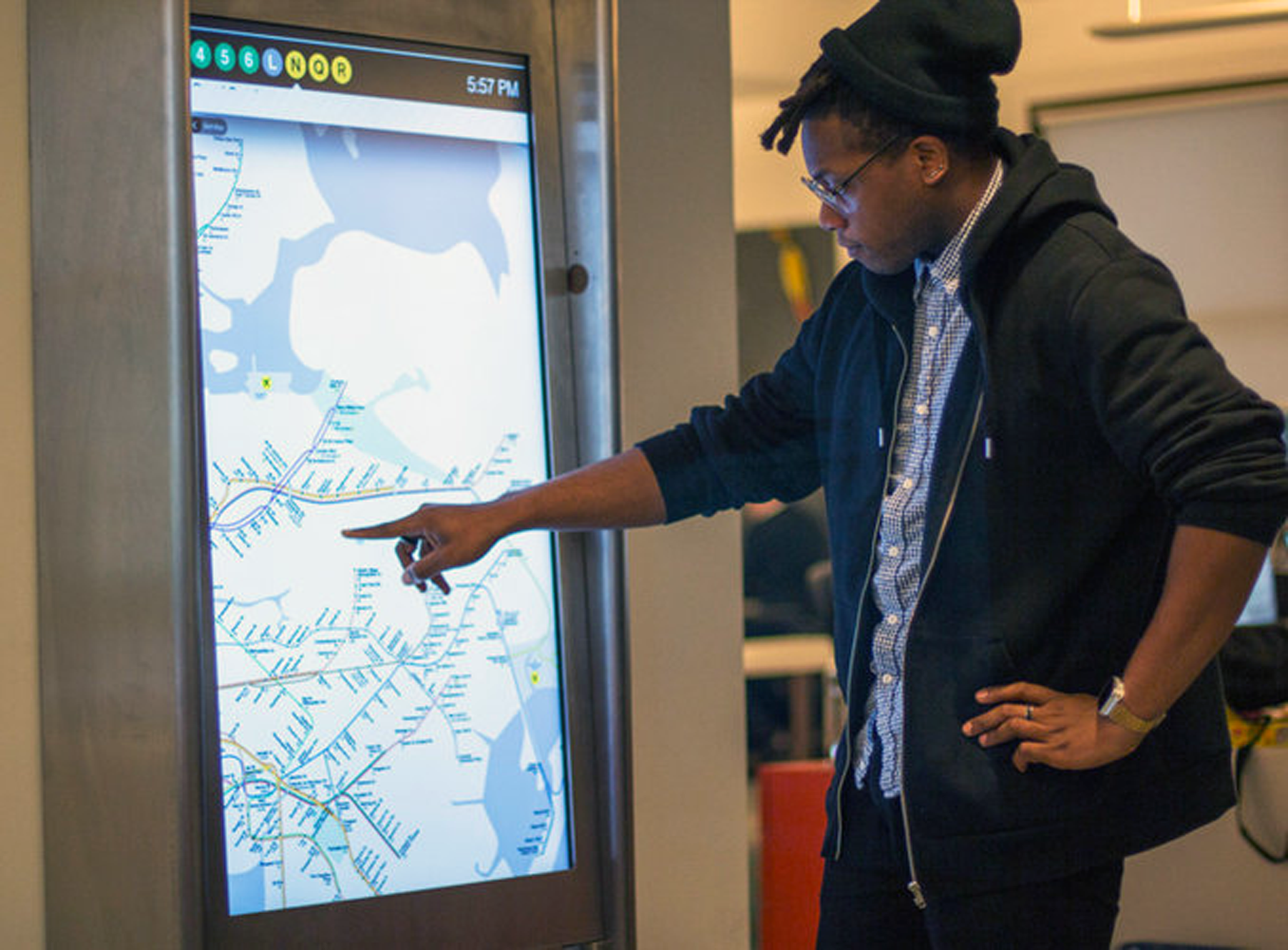 New York City is interested in "bringing the innovations of the web and mobile” to a “100-year-old infrastructure," according to a spokesman from Control Group, which is the company responsible for installing as many as 90 touch-screen kiosks in our subway system.

There are already 13 MTA On the Go! Kiosks installed throughout the city - Grand Central, Bowling Green, Jackson Heights-Roosevelt Ave, and a few other high-traffic stations. The city plans to install at least 77 more.

From one of the 90+ kiosks you can access a variety of apps to plan your trip, check up on service issues, check the status of an escalator, glance at news and weather, learn a little local history, or find a nearby panini.

The kiosks also feature Wi-Fi access, so, wherever there is a kiosk, there will now be cell phone service. Video cameras and microphones will also be installed to assist authorities in case of emergencies, so take care not to speak too loudly about Big Brother.

Incidentally, Control Group has plans for the above ground telephone booths as well. In Mayor Bloomberg's Telephone Booth Redesign Competition, they won the title of "Best Community Impact" for their design, which is a curved panel that envelops you with pertinent information from the rest of the city. It's not certain whats going to happen in the end to the 11,000 booths, but they certainly deserve the same treatment as the MTA.

It's exciting to think about an entire city growing, changing, and embracing “the innovations of web and mobile.” There was a time when a phone was just as likely to be online as a city or a fork. It's a matter of years before you'll be hard pressed to find anything that hasn't been tech'd, no matter how small or massive.