After only 9 months of being in operation, Hulu Plus is strong enough that it’s become the first real online rival for Netflix 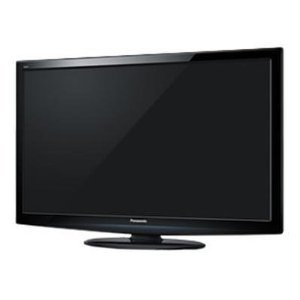 After only 9 months of being in operation, Hulu Plus is strong enough that it’s become the first real online rival for Netflix. After Netflix all but did away with Blockbuster and the entire video store business, Hulu Plus, which has benefited from the Hulu name that’s been established for the last few years, has made for stiff competition. Mashwork has reported that of 10,000 monitored tweets, 29% of people preferred Netflix, 20% preferred Hulu Plus, and an amazing 51% said that they already had both services and are thinking about getting rid of their cable system. For a sports fan like me, getting rid of cable and losing out on live events isn’t an option, but the fact that so many people would take such a step is eye-opening. It’s apparent that both companies are becoming increasingly notable in the public eye, and with that, their rivalry will only intensify.

Which Company is in the Lead?

As Christina Warren from Mashable noted, it’s not surprising that Netflix still has an advantage. It’s been around longer, so its name is more familiar. Netflix has a bigger library and is more accessible to all users. But Hulu Plus is still growing, with more devices being added virtually daily. With Netflix's announcement that combined streaming and mail-away DVD  viewing for under $10/month won't continue after September, there’s no reason to think that Hulu can't continue to lessen that gap. With reports coming out that Netflix won’t be a bidder in a possible upcoming sale of Hulu, there won’t be any stopping the competition. As a registered member of Netflix (even though my mailed-away-for disc of Dinner for Schmucks has been gathering dust for 4 months) and a nonregistered member of Hulu Plus (translation: mooching off my friend’s account), there are plusses and minuses to both services. Here’s a little guide of what each can provide:

Netflix has quickly gone from being the upstart internet provider for movies and TV shows to the standard for streaming full-length video and mail-away movies. They’ve gone from fighting The Man to being The Man.  Netflix’s mail-away library is immaculate, but with streaming technology increasingly getting better, it’s becoming a dated attribute (see: Dinner for Schmucks DVD). The streaming library for movies is better than Hulu Plus’, but it still has room for improvement. Netflix has more detailed categories than Hulu does, so finding a movie for a mood is easier. The rating system is clear and a little more detailed than Hulu’s. Its TV library is immense, and watching full seasons of older TV shows and a few new ones is simple. An enormous advantage for Netflix is its commercial-free usage, which can be extremely grating on Hulu, especially with commercials that seem to get longer all the time. The actual streaming and need for buffering gives Netflix an advantage, albeit a small one. If you’re looking to have a vast library at your fingertips, and want to dedicate days and weeks to catching up on older movies and shows, Netflix is the place to be. 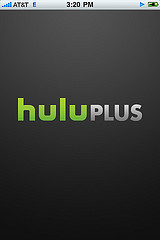 Hulu is still the upstart that’s trying to take down Netflix, but it has a few things going for it that Netflix just can’t match. Co-owned by NBC Universal, Fox Entertainment Group and Disney-ABC Television, Hulu has the unique capability of offering current TV shows only hours after they premiere on TV. Beyond being able to stream older material and movies, Hulu Plus can act as a de-facto DVR for network shows. With the basic free Hulu service, users can watch the most recent 5 episodes of most network shows, which is what made Hulu popular in the first place. But with Hulu Plus, all episodes of entire series can be viewed at any time, which can be extremely valuable. If someone wanted to watch an entire season of Community in time for the big season finale, they can do so on Hulu, but not on Netflix. For those shows that only begin to attract public attention mid-season, this is a big deal. Hulu’s pause retrieval is much better than Netflix’s, so it resumes a movie or show much faster than Netflix does, even after a long pause. Netflix may have more small advantages, but being able to watch TV shows that just recently aired is a biggie, and Hulu’s got it.

In a way, Netflix and Hulu Plus don’t necessarily have to compete with each other. Netflix’s big advantages come in the movie department, since they have a far wider selection to offer. With their mail-away service still relevant for the time being, Netflix has established itself as the place to go for movies. But with the invaluable resource of up-to-date TV episodes, Hulu is without question the better site to watch TV shows on, even with their frustrating commercials. So, which is better? It’s a split decision. If Netflix were to focus primarily on movies and Hulu Plus could only work on making their TV experience optimal, there’s a way that these two brands could coexist in peace. But that’s unlikely to happen, considering that both companies are fighting over the same consumers. So instead, get ready for both companies to look to find ways to lure customers over from the other place. They’ll each keep updating their repertoire of movies and shows and will try to find different ways to undercut each other on pricing. That can only be a good thing for us, the happy watchers.