From now until Christmas Eve, Wired, the popular tech magazine, has opened a store in Times Square, on 42nd street and Broadway. While items can't…

From now until Christmas Eve, Wired, the popular tech magazine, has opened a store in Times Square, on 42nd street and Broadway. While items can't be bought in the actual store, the large space is a great showcase for the amazing products that are being created today. Some of the items being shown were more traditional, like tablets, laptops and TVs, but many were new innovations that haven't been on public display before. I took a trip the store, and found some pretty exciting things. 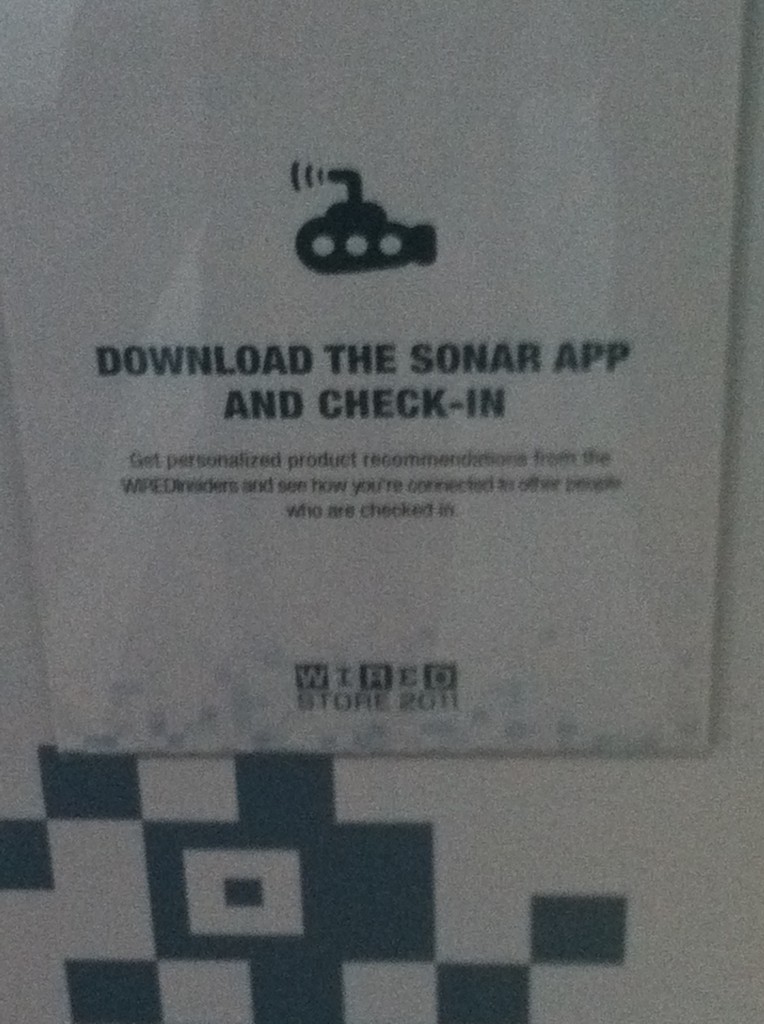 One of the first things that people notice when they walk into the Wired store are the ways to connect with their smartphones. Next to almost everything on display was a QR code to scan to find out more about each product. Wired also encouraged people to use Sonar, which has gotten lots of love from Fueled the last few months, to find out which other people were in the store at the time and what they shared with them.

The crown jewel of the Wired store was the iTree, an iPod and iPhone dock made from an actual tree. Made by the Austrian design house KMKG studio, this authentic tree trunk has high-end rear mounted speakers included. Each iTree is handcrafted in Austria, and the wood from the tree creates a rich resonance that can compare to that of a fine violin or grand piano. The iTree costs over 10,000 dollars, so it will remain a toy that only the very rich will play with. But it's a fascinating combination of present-day technology and the wonders of nature, nonetheless.

This store was a goldmine for gamers. Quite a few consoles were on display, with people lining up to play them on the smart TVs that lined the store. But two devices stood out. First was the iCade, created by ThinkGeek, which docks an iPad and can be used as a retro arcade machine, joystick, coin slot and all. Also on display: a golden Atari machine. Yep, you read that right: Golden. Atari. It's a simple Atari machine, plated in 24K gold. And it only costs 6,650 dollars! What a steal! This is another device that will likely only be seen in the Wired store and on MTV Cribs.

Here's the Heineken Beertender, which serves Heineken draught kegs in style. Delicious. And after drinking a few too many Heinekens, you can head over to the...

...Kohler Smart Toilet, which works like a tablet while on the can. Using a complex remote, you can flush by pressing one of two buttons: flush-eco (likely for #1s), and flush-full (likely for...well, you know.) You can also press a button to open the cover toilet cover, open the toilet seat, close both, wash the front or back of your backside while sitting, dry said parts of the rump, play music, heat the toilet, and put a light on to witness the proceedings fully. Classy! We've clearly reached the apex of technological innovation in our lifetimes. Let's just stop trying to do anything else. This is it. And what song was playing as I witnessed the wonders of the Kohler Smart Toilet?

Conde Nast set up a large, complex photo booth as part of the store, which many people lined up to use. This is actually a pretty good picture of me, I must say. Although everyone might just look better in black and white.

Am I on an airplane, looking out into the horizon?

Nope. (Because that wouldn't fit in this column anyway, would it?) I'm in the L'Envol plane simulator, created by Air France. While I'm not sure how exactly this is supposed to sell plane tickets, this exhibit recreated nicely what it's like to look out the window of an airplane. There was dancing involved in the simulation as well. And who choreographed this dance, as he said in the explainer video outside of the exhibit?

We've now reached the portion of this photo essay called "Items Ron Swanson Would Love", in honor of the most manly of men on "Parks and Recreation". As we see below, he's a fan of old-school typewriters, and this USB typewriter from Underwood is perfect. It works as an old typewriter would, with ink and paper, but it also can work as a keyboard for any PC, Mac or iPad. Each typewriter is hand-made, and many models are available.

Ron Swanson is also a lover of being left alone, and this Sound Egg from Acousticom does the trick. (Note: this isn't my picture. Mine came out poorly. I did sit in this egg though, and it was AWESOME.) You can sit in this egg and be surrounded by many speakers and a swiveling TV screen that can be as close as a few inches away from your face. This is the perfect way to be completely engulfed by the music you're listening to or TV you're watching, and to be isolated from the rest of the world. It might not be the most social seat to sit in when company's over, though. If only it served bacon and eggs, our beloved Mr. Swanson would be set.

All of the music in the store was provided by Spotify, naturally.

3M produced a vending machine in the store of many different kinds of smartphone covers and protectors at fairly reasonable prices. There wasn't a single Milky Way in sight.

Let's take a look at the two least tech-heavy items in the store. Here we have a combination of a Rock Hands grill fork and a Karate Chop lettuce knife. Awesome.

In the small but impressive music section was this high-tech keyboard, which lets users write, record and mix music within it. It offers over 1,300 sounds and an eight-track digital recorder, making almost any type of creation possible. It's a little more advanced than this:

My Casio keyboard from approximately 1982 that currently resides in my bedroom. The new keyboard is just a LITTLE better. Close, though. Can the new fancy keyboard make samba noises and simulate the human voice in the worst possible way imaginable? I'm not so sure.

If you want to look sophisticated, pick up this iPhone dock, mounted on a copy of Pride and Prejudice by Jane Austen. You'll never look smarter and more pretentious.

As I left the Wired store, Buick offered to drive people, for free, to anywhere from 14th to 72nd street in one of their new cars. Sweet! A free ride back to Fueled HQ (although tipping the driver is always a nice gesture). This store is totally worth checking out, to see all of the new, amazing products that are on the market. Besides, a free ride is always nice.