When thinking about the future of the Internet, one of the best prognosticators is web traffic. The major websites that engage users and drive traffic… 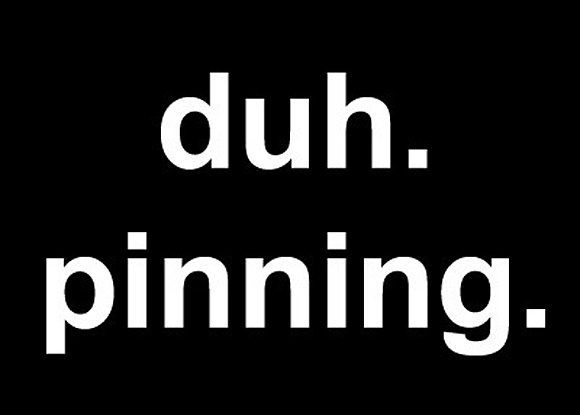 When thinking about the future of the Internet, one of the best prognosticators is web traffic. The major websites that engage users and drive traffic represent the dynamic future of the web.  That’s why it is particularly interesting that Pinterest now drives more traffic to other sites than either Google+ or LinkedIn, while Twitter does not deliver nearly as much referred traffic as one would expect.

This February, Pinterest drove more referred traffic to other sites than Google +, Twitter, Linked In, or YouTube, according to monthly data from Shareholic. In fact, it was responsible for more traffic than Google +, LinkedIn, and You Tube combined. Shareholic compiles data from more than 200,000 online publishers representing 270 million monthly hits so its findings reflect the broader picture across the web.

Considering that Pinterest is less than two years old and has ‘only’ 11.7 million registers users, those findings are startling. After all, LinkedIn, Google +, and YouTube all have far more than 11.7 million users each and are backed by major media companies. For its part, Twitter is considered one of social media’s titans and has more than 100 million registered users. So, what does the traffic data tell us?

Narrowly speaking, it confirms that Pinterest is one of the most dynamic growing websites in the world. The site appeals specifically to women, so far, and allows users to specific pictures or topics of interest for other users to explore. Because Pinterest’s content is well targeted and engages the user, it is often spread across the web and responsible for tons of referred traffic.

In fact, those traffic numbers are still growing robustly month to month: in January Pinterest was responsible for .82 percent of traffic from Shareholic’s data but that figure grew to 1.02 percent in February. In raw numbers, that means Pinterest referred 540,000 more traffic hits to just Shareholic data participants from January to February alone.

More broadly, it shows that specifically targeted, dynamically interactive content that appeals to a large but particular demographic is a huge part of the web’s future. Large, non-specific drivers of traffic, like Google search and social media titans like Facebook are still important drivers of web activity but they will be rivaled by large sites that are nonetheless targeted toward more specific consumer demographics. That is because Pinterest shows that there is a major payoff to fostering content that appeals to a large but targeted demographic and then providing incentives to share that content with other users. Additionally, companies appealing to that demographic, which in Pinterest’s case include women’s lifestyle magazines, blogs, and more, will benefit from direct content partnerships.

So, there you have it: the traffic data shows that large-scale specificity will be the new big winner on the web. Pinterest is the trailblazer but other sites and companies will move quickly to take advantage of its success. Onward to web 3.0.