The convergence of journalism and tech is gratifying for us at Fueled — when you bring them together, two of our favorite industries are almost… 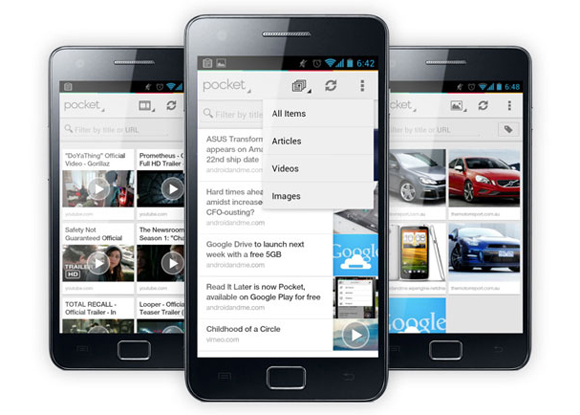 The convergence of journalism and tech is gratifying for us at Fueled — when you bring them together, two of our favorite industries are almost trendy!  The expansion of print media into digital isn’t the focus here; rather, it’s the upsurge in both the legitimacy and in the aesthetic appeal of journalism created specifically for the Web.

This growing interest in long-form pieces goes beyond the content curation of sites like longreads.com and longform.org. We’re app purveyors at Fueled, and we’re naturally drawn to platforms that put interesting content in the palm of your hand. A number of mobile and web apps provide a service that, given the unwieldy diversity of article formats online, seems at its best wholly intuitive, and at the very least much-needed.

Preferences differ, of course, but most can agree that Instapaper and Read It Later are the two giants in this genre. Both are multi-platform tools — apps that support one or both are available on iPhone, iPad, Android, Kindle, Windows Mobile, and various browser extensions or bookmarklets — that allow users to digitally bookmark articles and, yep, read them later in a magazine-style layout.

This format has two significant benefits for readers. The first, of course, is organization of content, time, and headspace. (We have an unfortunate tendency to let browser tabs back up over the course of a week or so until we can’t even tell what we intended to read anymore.) The second is a reading experience free of advertisements.

The two differ slightly: Instapaper is simple, minimalist. Within the app, it presents you with text-only versions of articles and bears far more similarity to a newspaper. Read It Later also incorporates browser extensions and allows you to bookmark not only text, but images and video. We’re suckers for good design in any medium, and Read It Later offers a format for text articles that simultaneously recalls the sleekest of online publications and the traditional layout of a newspaper.

It’s no surprise, then, that Read It Later was the tool to announce, this week, that it now offers a free app that’s heavily redesigned and rebranded for mobile. The app, which they’re calling Pocket, has “a new, cleaner UI,” notes TechCrunch, and offers new multimedia filters to keep content organized. Tempted by the price tag, we tried it out: the interface is clean and friendly, and we think the “Pocket” rebrand will be useful in establishing what was Read It Later with, perhaps, a younger demographic (that which uses Path, Instagram, and other design-heavy, one-word apps).

Pocket’s perhaps most-appealing feature — it’s free — adds a new dimension to the ad-free digital content debate. See: Readability, a similar tool that also strips advertisements (and other content, like images) from articles. What’s the difference? Well, instead of charging a flat fee for its service like Instapaper does, Readability lets users donate money — a voluntary, suggested fee of $5 per month — that’s then reserved for the content’s publisher. As Gigaom points out, this creates a complicated dynamic: to collect revenues, which come out to 70 percent of readers’ donations, a publisher must register with Readability. In the case that they don’t after twelve months have passed, Readability keeps the full donation.

Bloggers and journalists have carefully laid out the implications of this payment structure; The Brooks Review, which has signed up as a publisher with the service, says unclaimed revenues should be split amongst registered publishers instead (and notes that the model is “complex and inherently flawed”). We feel that this complexity is the point: Readability is making efforts, within an imperfect and changing publishing industry, to reward publishers and recognize readers’ needs. The tool does at least give publishers the option of taking the majority of the revenue made off of their content within the app — while tools like Instapaper keep all of the money they charge for their services. Readability’s structure provides an alternative to publishers who are understandably concerned about the ad-revenue losses bookmarking apps incur. It aims to help publications transition to digital, too: those who sign up have access to analytics information and metadata standardization.

It’s certainly not a perfect structure, and the relative newness of such platforms compared to, say, banner ads likely means that the industry faces a lot of shifts in organization over the coming months or years. Readability cites, notably, a London Review of Books article (not the publication you’d think would be so digital-friendly, right?), which urges print media to develop online payment systems: “[W]hat the print media need, more than anything else, is a new payment mechanism for online reading, which lets you read anything you like, wherever it is published, and then charges you on an aggregated basis, either monthly or yearly or whatever....Let us pay — we’re happy to pay.”

We’d like to think that there is a way users for pay, for publishers to be paid — and for readers to have access to text, distraction-free.