On Tuesday, 24 year-old hacker and online policy activist Aaron Swartz was arrested for hacking into MIT’s network in order to access an online research… 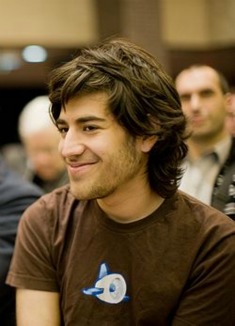 On Tuesday, 24 year-old hacker and online policy activist Aaron Swartz was arrested for hacking into MIT’s network in order to access an online research database called JSTOR. While evading multiple attempts to boot him off the network, Swartz copied a total of 4.8 million academic files which he intended to distribute on peer-to-peer file-sharing networks, according to prosecutors.

How He Did It

According to Jay Lindsay for the Huffington Post, Swartz, a Harvard Etihcs Fellow, had “legitimate access to JSTOR through Harvard but the company has usage restrictions that would have prevented such colossal downloads.” He began his mass downloading using a guest account at MIT while the university attempted for weeks to block him, which Lindsay says he avoided “by disguising the computer source of the demands for data.” According to the indictment, Swartz eventually resorted to breaking into a basement wiring closet to secure a physical connection for his downloads. The indictment also states that he accessed “so many documents during one October day that some of JSTOR's computer servers crashed.”

Swartz had been investigated by the FBI once before for accessing over 18 million of court records worth $1.5 million through the court’s paywall website, PACER. According to reports, he turned himself in to authorities on Tuesday and is now free on a $100,000 unsecured bond. He is set to appear in court on September 9th where he will face up to 35 years in prison and a $1 million fine if convicted. Carmen Ortiz, the US attorney who indicted Swartz, stated that, “Stealing is stealing whether you use a computer command or a crowbar, and whether you take documents, data or dollars.” The prosecution will claim that Swartz violated both MIT and JSTOR’s Terms of Service, although a spokesperson for JSTOR has stated that it will not pursue the case and that Swartz had agreed to return all of the stolen information.

Swartz is well-known in internet circles as a kind of prodigy. At the age of 14, he played an important part in developing RSS and became a co-founder of Reddit before the age of 21. As a advocate for change in Internet policy, Swartz founded the online activism site DemandProgress, which has raised 35,000 signatures in a campaign to support its founder. The site’s executive director of Demand Progress, David Segal, denounced the arrest by saying,

"It's like trying to put someone in jail for allegedly checking too many books out of the library.”

Whether Swartz is convicted or not, his hacking stands in a completely different moral category to those from organizations like LulzSec. Swartz’s methods, though controversial, are consistent with his views on promoting free and unrestricted online access, which he discusses on his blog. The results of this case may have some long lasting impact on our notions of copyright and ownership of online information.