The Last Hope for Myspace Salvation

It’s the bottom of the 9th inning for Myspace (First sports reference on Fueled!). Facebook, Twitter, and countless other websites have flown by it in…

It’s the bottom of the 9th inning for Myspace (First sports reference on Fueled!). Facebook, Twitter, and countless other websites have flown by it in popularity, and things are looking bleak. Myspace is dangerously close to becoming a retro-cool item of the 2000s, in the way that Atari, JNCO jeans and Family Double Dare have for the 90s, if it hasn’t happened already. Worst of all, that guy who was everyone’s first friend on Myspace that was the butt of tons of jokes a few years ago? I can’t even remember his name. What’s happened, world? (Note: It’s Tom. And, yes, I had to Google it.) With the buyout by Specific media and its part-owner Justin Timberlake, plans have been announced to launch a talent show among other things, Stan Schroeder from Mashable reports. In MTV’s report, Timberlake will have his own office and staff for this project, and he’s “going dizzy with ideas”, according to his manager. This has got to work, right? I mean, JT can’t fail, can he? Have you seen him on SNL? I have faith in the boy from Memphis. But Myspace needs more help than just a talent show or two. Here’s a couple of tips:

Become the place-to-be for established artists

While album sales aren’t what they were when Myspace hit it big, popular musicians aren’t going away. Lady Gaga, Katy Perry, Taylor Swift,  Kanye West, Bruno Mars and dozens of other performers remain top draws that can sell out arenas, despite their album sales paling in comparison to the records sold by the top pop artists a decade ago, including Timberlake’s *NSYNC. There’s a market for what these people have to say, and getting exclusivity contracts with some of them for their interviews and tour footage would be a coup.

This is just about the only place where Myspace still has relevance. A large amount of bands that are looking to make a name for themselves still use Myspace as a way to promote their music. Being a performer, the only time I’ve gone on Myspace in the last 5 years has been to listen to one of my friend’s new songs or videos. If Myspace could follow my first tip and obtain contracts with top artists, they could put together a recommendation system to direct people to other small bands or singers that they might like. It could help to discover new talent, and Myspace would be there at the start.

Most importantly...Integrate with music programming on TV 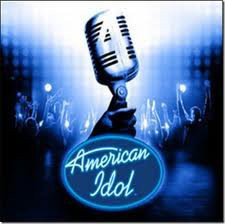 This is the biggie. The biggest shows on TV right now are performance competitions like American Idol, Dancing with the Stars, and The Voice. With The X Factor poised to explode on Fox this fall, and with Glee performing as a steady hit, music has never been as transcendent on TV as today. How about becoming a sponsor of American Idol, and creating pages for each of the contestants to show off their voices, using songs from the show or things they’ve sang  before they came to Idol? Another thing that could direct traffic their way: Exclusive interviews with the cast members of Glee, where they talk about how they prepared to sing their song from the most recent episode, and a link to the original performance  by the initial artist.

Myspace has its work cut out for it. Getting back the users that have flown to greener pastures of Facebook won’t be easy. But by using music to pave the way, and acknowledging that TV is the true medium where music is now thriving, Myspace can have a chance to at least be sustainable, if not the force that it was a decade ago. Justin, if you can pull this off, it will be the most impressive thing that you’ve ever brought back. Even Sexy would agree.