Living in New York is a desensitizing experience. At once beautiful and unsettling, a quick jaunt around the block can be an experience of serious… 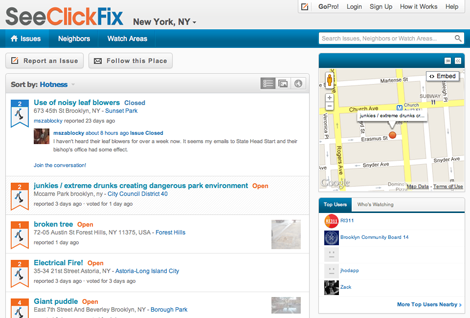 Living in New York is a desensitizing experience. At once beautiful and unsettling, a quick jaunt around the block can be an experience of serious aesthetic complexity. Landmarks, preserved meticulously, arise above tipped trash cans, while a late night ride on the L is often haunted by the fumes of someone who was slightly ahead of schedule in his or her festivities. After a couple of years, though, you learn to walk with your eyes closed.

Regardless, post-Bronx-is-burning New York is extremely well-maintained in light of its enormity and density, due in large part to a team of task forces subdivided by specialty and location. The goal, in the end, is to have eyes on the street. For brief periods, systematic glitches come and go as a result of human error: graffiti here, potholes there. Regardless, we walk past and return shortly thereafter, and by then they’re gone.

Smaller cities and towns, strapped with limited budgets and small populations, are a mixed bargain: while limited in the number of eyes on the streets, their communities are tight and, as a result, citizens are sometimes more intensely aware of the well-being of their cities. Structural and aesthetic issues in places like these are raised in importance simply by their rarity, while the number of hands on board to repair the problem are of equal rarity.

A difficult paradox, for sure, but also one that technology - rapid, robust communication - can address. CitySourced, Spot Reporters, and SeeClickFix are among the leading civic engagement apps, all focused on bridging the gap between citizens, community groups, and governmental organizations that are able to fix immediate, non-emergency issues. Each empowers citizens to action through web and mobile applications that allow users to provide text, GPS, video, and photo evidence of damage in need of repair; in turn, responsible parties receive the feedback and address the problem.

The complexity and effectiveness of the applications, though, exists on the back end of the relationship: how does a government implement the system? Bureaucratic organization, oft-dated organizational systems, and budgetary restraints collectively complicate the integration of an additional feature, particularly one that attempts to weave in and out of existing departments. Regardless, a mixture of international partnerships have allowed CitySourced to develop income while expanding its reach, Spot Reporters to develop systems in places like Grand Rapids, Baltimore, and Brookline, MA, and SeeClickFix to report work in 25,000 towns.

SeeClickFix and CitySourced, on the other hand, step beyond government to include the media itself, banking on the leveraging power of local news organizations. Through the applications' public documentation of local issues, reporters are essentially fed subjects in real time, which are quickly and sufficiently then brought under the spotlight. Even with widespread use of the application, a certain amount of accountability is lost if the issue is not brought to the general public, a new level of real-time accountability that boosts civic engagement.

Moving forward, pressure will be upon these organizations to better engage governments, which can then engage citizens. In the meanwhile, the ability to leverage publicity, as is the case with SeeClickFix and CitySourced, may have the added benefit of boosting public dialogue, as an issue reported solely to the government may be an easy fix, but a repeated, reported trend may serve as a rallying cry for those who are most directly affected - which, in many ways, may shift civic empowerment upside-down for the better.