Online anonymity waxes and wanes, having peaked first at the Internet’s birth and then unraveled slowly with the rise of social networks, optional as they… 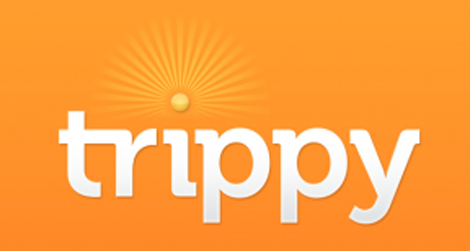 Online anonymity waxes and wanes, having peaked first at the Internet’s birth and then unraveled slowly with the rise of social networks, optional as they are. Recommendation sites like Yelp exist on a different plane, serving the somewhat gratuitous purpose of allowing customers to review services from behind a curtain of special interests. For a lunch date, these incentives are somewhat irrelevant, lessened in importance by the quickness of the journey itself; a vacation from New York to London is, on the other hand, an issue of great weight.

In the somewhat immediate past, a middle ground was struck, with social networks becoming a source of knowledge that can be understood and trusted - but not necessarily sorted. Trippy, which launched at TechCrunch Disrupt in mid-September, brings “friend-sourced” recommendations to travel planning, thereby accomplishing all three tasks at once. According to CEO J.R. Johnson, the site banks on the belief that “there's simply no algorithm that can beat the natural intelligence that real people inherently have about their friends preferences.” Financial incentive replaced by social motivation, Trippy, at its most basic level, makes trip planning a collaboration between its users and their friends - from the initial recommendation through the booking itself.

“People in your social graph know what you like and what you don't, which gets you tailored recommendations that are personally relevant,” Johnson said. “There was a time when crowd-sourced reviews were useful, but in today's landscape of travel content, it's just too hard to sort out who's writing paid reviews or posting because they have a grudge against an establishment.” Users enter the site through their Facebook accounts, then provide information about where they’re going and why. Trippy, in turn, scours their networks for friends who have been to the destination - either having lived, worked, studied, or checked-in there - notifying them of the user’s plan and requesting recommendations. The friends narrow the field of places to stay, eat, and celebrate, while users take note and book right through Trippy. “Compare that to opinions from unknown sources that are often not trustworthy,” Johnson said, “and it's no contest.”

One of Trippy’s more expansive strengths, social in its own right, is the brand’s belief in engaging customers throughout the entire travel life cycle. When a user’s journey begins, he or she can use the Trippy app to record his or her journey, posting photos along the way, and thanking recommenders after all is said and done. “Our mobile app was designed to let us take those benefits all the way through to bringing friends along for the ride as they see you travel and take them up on their recommendations,” Johnson explained. Should your records prove enticing enough, friends can then copy the itinerary in its entirety, bringing the service full circle. This, Johnson said, “really is a major difference from everyone else in the space.”

The path toward monetization was a quick one, with Trippy pulling a percentage when a user makes a booking. As Johnson made clear, this doesn’t force Trippy to meander into typical travel-site territory, where recommendations are based upon paid promotions - options are first narrowed down through Facebook, and Trippy simply takes a cut when you take advantage of those recommendations. In this regard, the service has its eye on social expansion, moving toward sites like Twitter and Foursquare, where the extent of input can expand considerably. The aim, in the end, is what Johnson calls “helper joy,” that gratitude felt when a suggestion is taken to heart. This ability to monetize an emotional incentive is a feat impressive in its rarity, one that may suggest possibilities for bridging the gap between income and incentive - and, in turn, the sentimental depth of online and offline social networks.