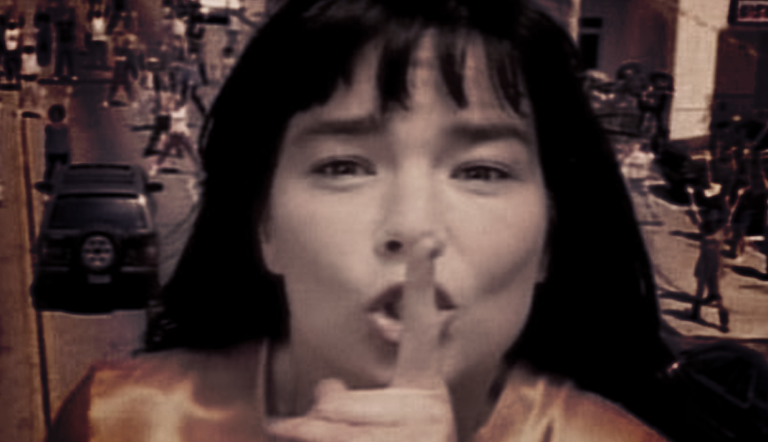 Push notifications are a powerful motivator for users, but pushback against an increasingly sticky experience is driving demand for mute buttons in apps.

Jordan Crook recently penned a screed in TechCrunch against Twitter’s annexing of the “notifications” feed to include information about the activities of people you follow. Nathan liked this tweet, it now says, Pickles404 and Sandwichbot are tweeting about pastrami. The reason for this extraneous feature, quite simply, is that Twitter is desperate to boost engagement. Notifications — and especially push notifications — are a powerful mechanism to draw users into opening an app. Many of us can’t resist tapping the app icon when we see the beacon of red signaling pending notifications. But as companies like Twitter create an increasingly sticky experience, users are pushing back. Demand for the ability to “mute” activity updates, notifications, tweets about sensitive topics, and direct messages is exploding in what is sometimes called the Slow Web Movement.

We built these amazing machines, and now we want to turn them off.

From Inbox Zero to Today

I am old enough to remember visiting an internet cafe to check my Hotmail account. Outside of visiting Alpine Internet, I had no idea whether I had any new emails at all. Even upon logging in, the only indication that I had new emails was the bolding of the subject line on unread emails. When I recently downloaded the Gmail and Google Calendar apps, alongside the default iOS Mail and Calendar apps, I was receiving double the push notifications on my phone. Rather than disable the iOS alerts, I turned them all off. Far from being thrilling (how popular am I? Most of my emails are essentially junk mailing lists), the alerts drove me bananas.

The Holy Grail of this notification life is inbox zero. I have heard myths of people reducing their inboxes to an empty slate, but gave up aspiring to such minimalism after tags came along. Still, the count of unread emails is quite vexing — even if they are junk, I have to click on them to get that number off my screen. Why do designers think the red notification badge is appealing to users?

Show Me Less of This

Many of us long ago ceded our email addresses to department stores and social networking sites. Like a wounded brother, we left them to fall ruin to spam. Even after Google gave us sorted mail boxes (Primary, Social, Promotions), we let ourselves become desensitized to the mess. Now when I see a healthy number on that mail button, I assume it’s either a deep pile of garbage or ten photo attachments sent as individual emails by my mom.

The idea behind social media was that it offered a more curated experience, where we could only be contacted by people we followed, or where the news feed was targeted to our unique desires. Of course this offering ballooned, with Facebook widening the funnel of potentially interesting content to almost anything with a trending keyword. Social media got noisier and noisier, and the problems snowballed. The only way to silence someone you didn’t want to hear from on Facebook was to unfollow them. But the unfollow button was a nuclear option — by definition, it was antisocial. Facebook eventually added the ability to “mute” friends, sparing you their wedding pictures and braggy status updates.

The Loud Trumpet of the Troll Army

Users had meanwhile looked for workarounds to silence trolls and disturbing content in their social feeds. Chrome introduced a plug-in in 2012 that could hide television spoilers from Twitter users who hadn’t yet caught up on their favorite show. This year, Twitter rolled out a more sophisticated filter through which users could mute words and phrases. The arrival of the algorithm to the Instagram and Twitter feeds was likewise met with disdain from many users, despite those companies building in a “show me less of this” button. I’ve clicked that button many times over, but the noise of hours-old tweets in my feed continues to rankle.

And even the muting of content could be co-opted by trolls.

As research mounts regarding the impact social media can have on mental health, users have been more forceful in demanding companies like Facebook, Reddit, and Twitter deal with trolls. Calls for Twitter to suspend the account of @realdonaldtrump are ongoing, while a cottage industry of apps that disable internet or social programs have sprung up. Posts announcing “Why I’m Leaving [Social Media Platform]” have become a staple of the internet. Looking back, the best thing about Peach was that I had no friends and no posts.

If it was a watershed moment for trolling (many chose to view the neo-Nazis marching down America’s streets as mere “trolls” looking to stir up the left), 2017 was also all about video. Media companies new and established shuttered editorial staffs to launch video offerings, embedding sound and motion onto sites everywhere. While I’m sure the research on video content is solid, there has been an accompanying demand for muting options. When I’ve conducted user research in the past, frustration at autoplay video ads has been a constant. Facebook launched autoplay videos in February, and hacks to “mute” said videos immediately followed. In August, Google Chrome offered its own mute button for video ads. Apple's glittery debut of 4K HD live-streaming on the new Apple TV came with the announcement that you would be able to "mute" sports scores until you have caught up on the game.

In fact, many of the muting features rolled out over the years by social media giants have been preceded by “hacks” to mute or disable features by a third party.

Not all social media is public. The appeal of Snapchat, mystifying and youthful, is hidden in the private messaging that vanishes after 24 hours. There is no inbox to dial back to zero, because your inbox self-cleans itself every day. If Facebook’s goal was to expand your social network outward until virtually everyone you had ever met was on there, upstart companies like Snapchat and WhatsApp have taken the opposite approach.

E-newsletters have come and gone over the years, but offerings like TinyLetter have enjoyed a resurgence as niche audiences opt in to highly targeted offerings — witchy horoscopes, close reads of poetry, and short lists of pick-me-ups from comedians, for example. Trend watchers believe that is where the industry is heading: away from public performance and toward small, purposeful groups. Peer to peer, rather than as a loudspeaker, is how Gen Zers tend to use their smartphones, and that behavior is likely to filter up to the broader population.

A Brief History of Mute Buttons

What Do Users Want?

The features I see being added to apps tend to offer me the ability to see more — from LinkedIn to Instagram to Followup.CC, I can now see when someone has viewed my message. On Twitter, Instagram, and Facebook, I can see what other people have liked, even though it has nothing to do with me. Facebook Messenger's immediate green "online" light has awoken a long-lost desire for the "invisible" status I enjoyed on ICQ.

Very few platforms are offering me the ability to do less, and see less.

Among the apps I don't love-hate, Tumblr churns on whether you check in or not, so you never feel as though you've missed anything, or disappointed anyone. I love my VSCO app for being a better Instagram with no social integration (I could create a profile, but haven't). Likewise, I use GoodReads as a books database largely independently of its networking function. In fact, my personal feeling about a lot of tech is underscored by the desire for me to be able to participate less. My dream app would be a product I'd call Listen that would let me eavesdrop on mundane conversations by other people about things I'm interested in.

The big four (FAGA) are clearly listening: Apple built a spoiler-free sports experience into the new Apple TV, Google Chrome has a new video blocker, and Facebook has paid at least lip service to moderation of the fake news and trolling that proliferates on the platform, but the arms race for users' attention isn't winding down any time soon. Designers can do their part to advocate for users by investing their designs with empathy, and an understanding that while tech is always moving forward, users have the same bandwidth they always did.

How Can You Make the Experience Less Intrusive for Users?