Privacy Is An Illusion Been on a flight lately? You went through the full-body scanners that reveal anything concealed under your clothing. Setup direct bill… 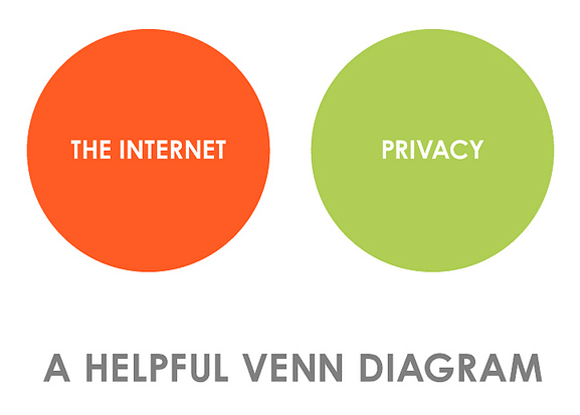 Been on a flight lately? You went through the full-body scanners that reveal anything concealed under your clothing. Setup direct bill pay through your online banking account? Your bank automatically sends payments and knows where you have been spending your money. Purchased anything through Amazon? It recommends products you will like based on your purchase behavior.

Consumers would like to believe that they could engage in the marketplace like an on-off switch. They would like to believe that they could make an exchange of capital for product, cut and dry.  But in a single transaction, absolute privacy is already out the window; the vendor knows what you are buying, how you are paying, where you live, and the list goes on and on.

Web and app development companies are facing a tidal wave of media scrutiny based in one-part fact and four-part sensationalized concerns. While mobile apps may draw certain information from their users, the information gained is essentially public. With a quick search and a few clicks, the same information could be just as easily accessible. So why is the concern for privacy so great?

Safety and privacy are conjoined twins. You can’t have one without the other and there’s no real way to separate the two. But strangely enough, only privacy is getting the face time; safety is relegated to being the proverbial white elephant.

Yet nobody seems to notice this dichotomy. App development companies, email opt-ins, online sign ups all guarantee privacy of information, but nowhere is there an explicit guarantee of safety of information. This is the real reason that consumers and savvy users have been saying no to certain apps. In the past year alone, the Apple App Store, Google App Store, Dropbox, and even the US government have been victims of highly visible security breaches.

Other organizations such as Facebook and the social sharing app, Path, have been accused of abusing the trust of their user base by accessing personal information without user knowledge or permission — information that should be secure. It is clear that consumer concerns about online safety are legitimate reactions to breaches in user safety.

Although the study suggests the reason for the difference between the two groups is due to the issue of personal information sharing over applications, there are other variables to consider as well. One of the other factors that need to be accounted for is the difference of functionality between smartphones and a typical cell phone. The ability to browse the Internet, use apps, direct mobile payments, and play Angry Birds are all data-driven functionalities not present on non-smartphones.

For the user, the loss or theft of a data loaded smartphone is an issue of personal, financial, and social safety. User rejection of apps cannot is not simply a reluctance to sharing personal information over mobile share, but an active way of reducing risk and increasing safety in case a mobile device is lost or stolen.

The Pew Center data supports this idea; it is also one of the possible reasons why non-smartphone users are less concerned with mobile app privacy. The loss or theft of a device that is not data-enabled, or that is not capable of storing sensitive data creates a lesser safety concern – there is less information that can fall into the wrong hands.

The Data Says What?

The adoption of these services along with the reported increase of consumers worried about mobile app privacy puts app development companies in a conundrum – which set of data is more relevant?

While privacy may be an illusory concept, it is also an extremely relevant concept. Imagine not having security scanners at airports, not being able to setup an automated bill pay, or not being able to have a tailored online shopping experience in the name of preserving privacy. Privacy that isolates and separates users from their network breaks down the interconnectivity and globalism that web and app development companies are all about fostering. But at the same time, users do demand a certain level of distance and anonymity from the constant connection to the Internet.

So where is the line drawn?

We can learn from the example of Path, the widely touted social network for photo sharing and messaging. In February of this year, users discovered that the service had been accessing and storing personal phone contacts without the notice or permission the user. The backlashed tarnished Path’s ascendency, and it quickly went from social media darling to the awkwardly invasive app.

The uproar surrounding Path’s actions demonstrates the line that app development companies must always think about — how to provide a seamless service without becoming an intruder of the users’ privacy.