When is the right time to sell a startup?

Barry Diller’s IAC/InterActiveCorp recently acquired About.com from the New York Times for $300 million. This adds to its over-50 fast-growing brands, which include Vimeo, Thesaurus.com,… 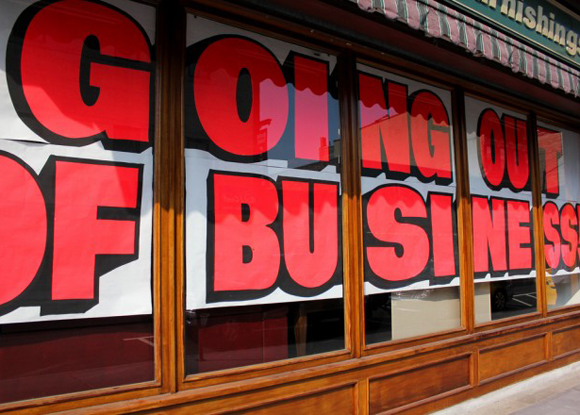 Barry Diller’s IAC/InterActiveCorp recently acquired About.com from the New York Times for $300 million. This adds to its over-50 fast-growing brands, which include Vimeo, Thesaurus.com, and Dictionary.com.

One would wonder why the New York Times would want to off-load such an attractive brand. About.com is ranked by Alexa, a database of information about websites, traffic, and statistics, as 40th in the US and 79th internationally in terms of traffic. It could be, really, that the New York Times wanted to get it off their hands before it went completely under — recent ad revenues were on the decline while operating cost were up. In the quarterly earnings in July, in fact, the New York Times down-valued it by $195 million.

Companies acquire other brands for a multitude of reasons, some of which pan out and some of which don’t. Reasons include trying to acquire a brand’s unique technology, source code, or business infrastructure. Sometimes its a simple effort to break into another market. Buyouts have also taken place in which a brand seeks to acquire key people or a critical team of people from a competing brand.

This buyout by IAC raises the questions: When is the right time to buy or sell a big brand? Do the same principles apply to tech startups? Let’s explore by taking a look at some successful and not-so-successful buyouts and mergers.

Two former employees of PayPal set up YouTube in 2005 from an initial investment of $11.5 million and sold it to Google about a year later for a whopping $1.65 billion. At the time, though, cynics questioned YouTube’s staying power, whereas Google saw a path to potential profit. Many people were turning away from traditional television to the Internet for both entertainment and serious news. By now, we know who had the last laugh here.

In 2010, Summit Partners, a growth equity firm that invests in rapidly growing companies, acquired Answers.com, a Q&A site, for $127 million, thereby stamping the importance of Q&A sites. Today, with over 10 million answers and the prospect of including video answers, Summit Partners sure made a killing on this one. Happy with the investment, Summit Partners even tried to acquire About.com. However, their offer failed as IAC offered the New York Times $30 million more.

Google pulled yet another smart move by buying Zagat, a restaurant ratings site, for $125 million in September last year. So each time you make a restaurant decision based on Zagat, you may be smiling at your food, but you know who is really laughing all the way to the bank.

Somebody at eBay seems to have gotten up one morning and thought it would be a brilliant idea to enable online buyers and sellers to see and talk to each other as they transacted. That is where the brilliance ended; the acquisition of Skype did nothing for eBay but empty their pockets of a couple of billions. In 2005, eBay paid $2.6 billion, and four years later, sold it for $1.9 billion. Skype later sold to Microsoft for $8.5 billion.

In 2001, HP acquired PC-maker Compaq for $25 billion as it tried to set itself up to challenge Dell. They only thing they succeeded in doing was ruining an already great and working company. Investors were unhappy with the move as they felt it narrowed HP from competing with IBM in developing servers, storage, and services. Share prices dropped by a quarter soon after the deal was sealed.

Rupert Murdoch must have thought he made a killing when his company bought the social media giant Myspace for $580 million dollars. This must have looked as a great way to drive traffic from this awesome social media site to Murdoch’s media empire. The keyword being ‘looked’, because it fell flat on its face, and he sold it for just $35 million to ad company Specific Media. Well, what happened? In short: Facebook.

Judging by the large profits that the young founders of YouTube made, selling out to a bigger company looks like the way to go. However, several startups have turned away piles of cash to either grow themselves or hold out for better deals. Here are some examples:

Microsoft had offered Facebook founder Mark Zuckerberg $15 billion for the social network sometime around 2007, but he turned it down. Microsoft then went ahead and struck an investment deal with Facebook, pumping a $240 million investment. Facebook now has over 700 million users and now worth about $100 billion after its IPO.

The company turned down $2 billion from Facebook and $10 billion from Google. Since then, the micro-blogging service has increased the name of users but is still only making profits in the tens of millions. There are rumours that it plans to go public in 2013.

Everybody, meaning Microsoft, Yahoo, and Facebook, have all tried to buy Foursquare. All of them were turned down. CEO Dennis Crowley confirmed that Facebook had offered the check-in service $140 million to bring it into its fold; still Foursquare did not barge. Foursquare continues to grow while Facebook went ahead and launched its own check-in service.

There are as many buyout and merge success stories as there are failures, but how does a startup decide whether to sell or not? The answer comes down to one main point: vision and business structure. The seller has to be sure that the buyer shares their vision in terms of operation and target market. This is because founders set up operations in such a way as to attain specific objectives and for a niche target market. The buyer, on the other hand, has to be certain that the brand they are acquiring fits within the business structure they already have in place.This will ensure that the acquisition and absorption of the new brand is the right step to take and that there is a smooth transition.

Look at Google and YouTube. They both shared the vision of being the largest reference point for information, but they recognised that their operations structures were different. Therefore, the kept operations different and there wasn’t a huge Google stamp on YouTube after the acquisition.Having a clear understanding of how a technology works is also critical in such decisions. For instance, Skype is a hugely successful brand but did not fit well with the client base on eBay, who simply did not want to talk or video chat about online bids.

The decision makers have to make an informed and calculated choice as to how best to attain the vision the company has and how best to get there. The devil is really in the details for what compromises they are willing to make and what gains they stand to achieve.