How to Monetize a Mobile App

When Punch Quest, an arcade-style fight and run game, launched last year in the App Store, it quickly became a hit. After one week, it…

When Punch Quest, an arcade-style fight and run game, launched last year in the App Store, it quickly became a hit. After one week, it had already surpassed 600,000 downloads and critics loved it.

There was just one problem: it didn’t make any money. RocketCat Games, the studio behind the app, had designed it as a free-to-play experience and wanted to monetize the app through in-app purchases (IAP). Kepa Auwae, one of the company's founders, hoped that this approach would help to solve the challenge of gaining visibility in the app store: "We wanted to try free and IAP because we really needed to expand how many people knew about our games.”

Yet, the approach didn’t work and Punch Quest only just crossed into the five-figure range in terms of revenue, despite 630,000 downloads. Auwae’s concerns that 9 months of development wouldn’t bring any return were serious: "The really scary thing is that profits tend to drop off sharply a week after an app's out."

This example illustrates the challenges facing many app developers. They seem to think that turning a great idea into a solid mobile application is all they need to do. Or, as Evernote CEO Phil Libin describes it: “The easiest way to get 1 million people paying is to get 1 billion people using.” You just have to add a monetization layer and the money will flow in.

But not every app gets immediate traction, and even fewer generate revenue. According to the latest Vision Mobile's Developer Economics study, which surveyed almost 3,500 developers across 95 countries, app development is not financially rewarding for the majority of them. 67% are not making enough to sustain the business, i.e. they are below the “app poverty line” of $500 per app per month. 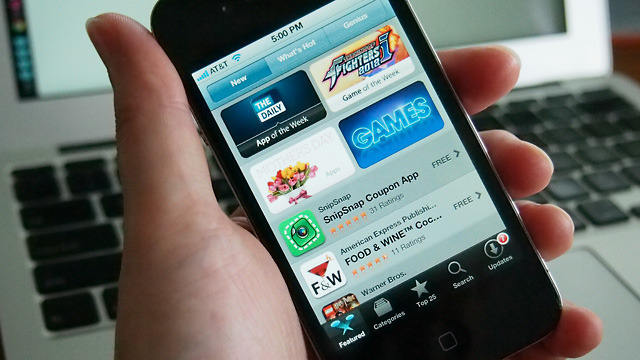 The solution to this challenge is to make monetization an early part of the app development process and not an afterthought. When designing the user journey, you have to understand which of the following four opportunities will work best for your audience.

Except for events like the Super Bowl, where everybody waits for commercials as if they were the latest Rihanna music video, most people hate them. It doesn’t matter whether we talk about TV, radio, or the Internet, people are continuously skipping ads. But the most annoying are mobile ads. According to a recent Forrester study, 70% of mobile users say that automatically served in-app ads were interruptive. And Steve Jobs clearly felt the same when he stated, “mobile ads really suck."

On the other hand, they are an important revenue source for app developers. While it is the monetization model with the least revenue per app, 38% of developers use them.

The solution is obvious: Think from a user's perspective and ensure the best app experience. Identify natural breaks or actions within the app to integrate ads.

Trulia, an app to find real estate, showcases how this could look like. It offers agents a simple way to target potential customers. “As consumers browse specific neighborhoods or zip codes, we display the agent’s photo, name, and phone number and allow consumers to email the agent for more info or call them immediately with just one touch,” explains Lee Clancy, the company’s VP of consumer products. 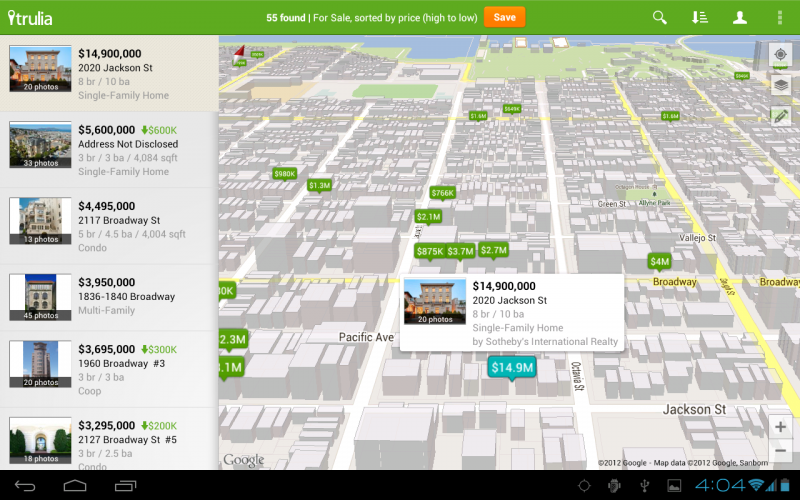 Aside from ads, in-app purchases have become the dominant business model for app developers. This method of monetization is closely related to the traditional freemium model, and follows the idea that it’s important to first get users hooked before charging them.

Game developers are wildly fond of in-app purchases. Take CSR Racing, a free-to-play game, where players drag race their way to the top. While its developers have faced some criticism for their aggressive approach of letting players only progress faster through in-app purchases, the success seemed to confirm their strategy. "We have a lot of reminders in the game that help to keep you on the right track and progress. Relatively few of these actually mention money. However payment does fit in neatly where it's appropriate," explained Alexey V. Borodin, one of the developers.

Although only 1 to 20 % of users are eager to pay for additional features, they can still have a big impact on revenues. For developers, the challenge is to address those enthusiasts while not repelling the average user, or as Borodin sums up: “These kind of choices occur in real life all the time. I could buy some £1.99 shades from a street-seller or I could spend £100 on some nice Ray Bans. They do pretty much the same job. It's all about offering people a choice.”

Lately, the trend for in-app purchases is moving beyond games. For example, Path allows you to buy exclusively designed sticker sets for your messages and comments. Or, you can add new camera filters for the photos you share. 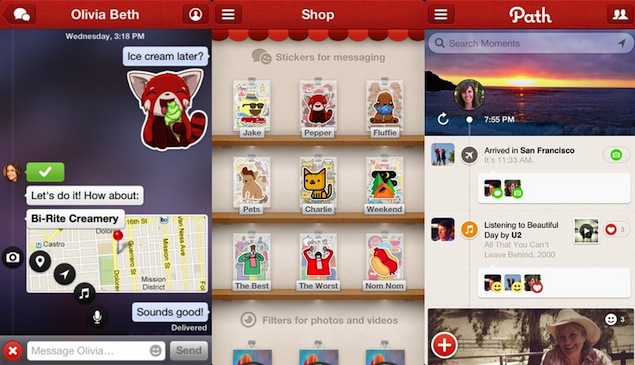 When thinking about what kind of in-app purchases you’ll offer, consider how they allow users to extend their app experience. You have to understand the user's journey and find out whether you can enhance it through additional items, faster progress, or with a personalized interface.

Subway Surfers and Temple Run are two examples for such an enhancement. Both give their users a “safe me” option, that allows them to continue chasing a new high score when they are near the point of losing. Paper, a virtual drawing app on the other hand lets you purchase different virtual drawing instruments to spur your creativity. What both concepts prove is that monetization is most efficient if there is a tangible value for the user.

Affiliate or Referral: Your App as a Shopable Magazine

The affiliate model is another way to generate revenue for your app. It is common for desktop solutions such as home design and fashion blogs, but still relatively new to mobile apps and more importantly fashion tech apps. This market is wide open and full of potential for apps that provide content around products, particularly in the fields of fashion, décor or accessories. The referral approach gives app developers the chance to present viewers' links within a relevant context.

Take Polyvore, an online fashion community that lets users curate products and assemble them in collages to create a single, cohesive look, similar to the product selections in lifestyle magazines. The creation part is only one aspect. Users can search for inspiration by following others and by searching through the “trends” section. Every product that they find in one of the “sets” can be purchased.

When Polyvore’s users shifted from mobile and tablet, its CEO Jess Lee saw the chance to create an even more intuitive experience.  She and her team created apps that enhanced the product discovery by constantly delivering new, inspirational collages. In a nutshell: “You don't buy a shoe in isolation."

Historically, the subscription model was linked to newspapers and magazines but in recent years, it become synonymous for music streams such as Spotify, or Pandora. Whenever developers have apps that constantly provide new content, e.g. books, the idea of offering subscriptions seems logical. Emily Books, an independent publisher is a great example. Through their iOS app, readers can signup for a monthly or yearly membership, which provides them with one new e-book per month. In addition, they get access to essays about the books or Q&A sessions with the authors. 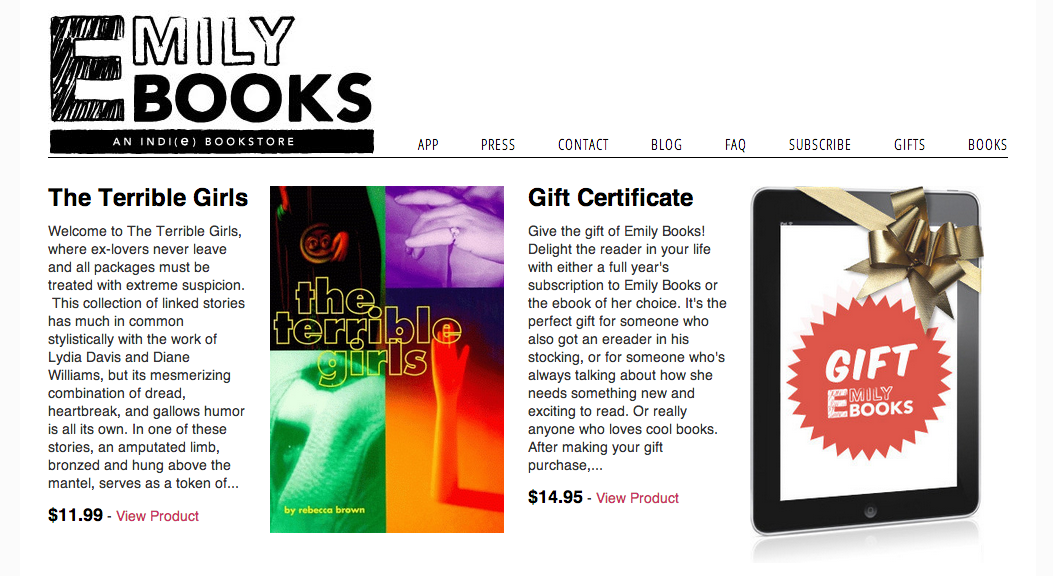 The concept has still much room for development. And YouTube might be the latest company to jump on the wagon. Their app could soon offer an ad-free subscription service, called “Music Pass”, which would let users play videos while offline, or listen to the music in the background while playing with other apps. This move by one of the big players shows the huge potential of the subscription model.

Native advertising may be the favorite buzzword of marketers these days, but it still bears many challenges, especially the question of how branded content can deliver ROI.

While platforms such as BuzzFeed have demonstrated how to create revenue through native ads, this concept is still relatively unknown for apps. However, there are examples that prove the potential. Songza, a U.S.-based music app is one of them. The service has evolved Pandora’s model of automated playlists and offers curated music based on occasions and mood. This year, the Songza started to work with brands such as Taco Bell, Samsung and Nissan to create branded playlists that could become a natural part of the user experience, or can even enhance it.

The idea of presenting “Getting Hyped With Taco Bell” next to “Working Out” or “Exploring Obscure Sounds” for the Monday late morning selection resonated with users, and illustrates another monetization opportunity for creative developers.

All these examples illustrate the importance of developing your monetization strategy early on and making sure your strategy improves user experience. The way in which you monetize has an immediate impact on the download and engagement rates.

Think of your app as a theme park, where you can define how to charge people. You can either decide to sell high-price tickets, or provide free entrance, but charge for every single ride.

What you ultimately want to reach is the perfect balance between people returning often and the amount of money they leave at your park every time they stop by. Punch Quest had to take a couple of turns to find the right solution. But Kepa Auwae’s hopes to be better prepared for his next app: “Having the system right at launch, instead of two months after the game is out, should be a huge difference.”

Dang. If there is an app that dials in on…

Apple’s portrait mode in the default Camera app is an…