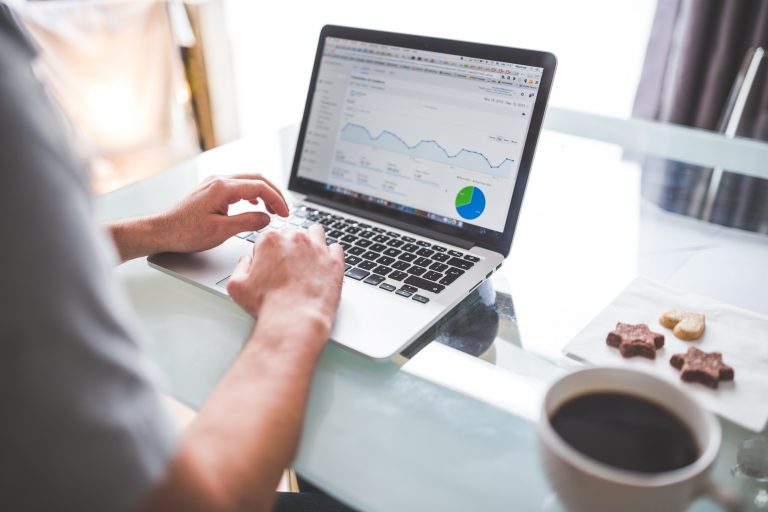 Mobile Tech Trends and Predictions for 2019

As a leading app development company, we forecast 2019 mobile tech trends that will drive technology and business forward.

Whereas the last few weeks of 2018 are for thoughtful reflection, the first few weeks of 2019 are for preparation. A new year gives you the freedom to start with a clean slate, strive for better habits and anticipate what’s in store for the next 365 days.

As a leading app development company, we love to forecast 2019 mobile tech trends that will drive technology and business forward. There are some trends that have been around for a while but are just starting to pick up traction, and there are others that are still fairly new to the game.

Either way, we don’t exactly have a crystal ball to predict which trends will be in the spotlight for the upcoming year— but we do have many talented team members who can analyze the tech space and take a few educated guesses.


Minimalist design is best defined by simplicity and accessibility. It only displays what is absolutely necessary, taking away components that don’t benefit the ultimate product.

When it comes to app design, people want a UI that isn’t overwhelmed with tacky patterns, colors, and shapes. At the same time, too much minimalism can strip away identity and leave an app lifeless.

The ideal minimalist app will display design with a steady balance of simple and unique, with highly polished interactions that will guarantee a positive response. Users will recognize and appreciate when an app design does not have an overload of features, while still maintaining its own distinct taste. 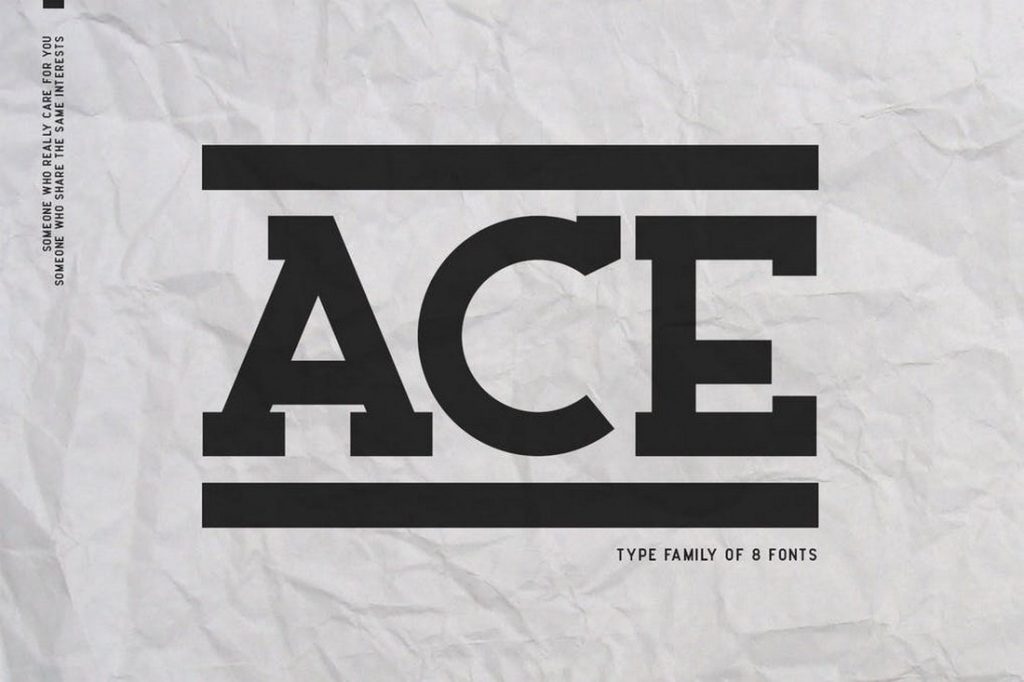 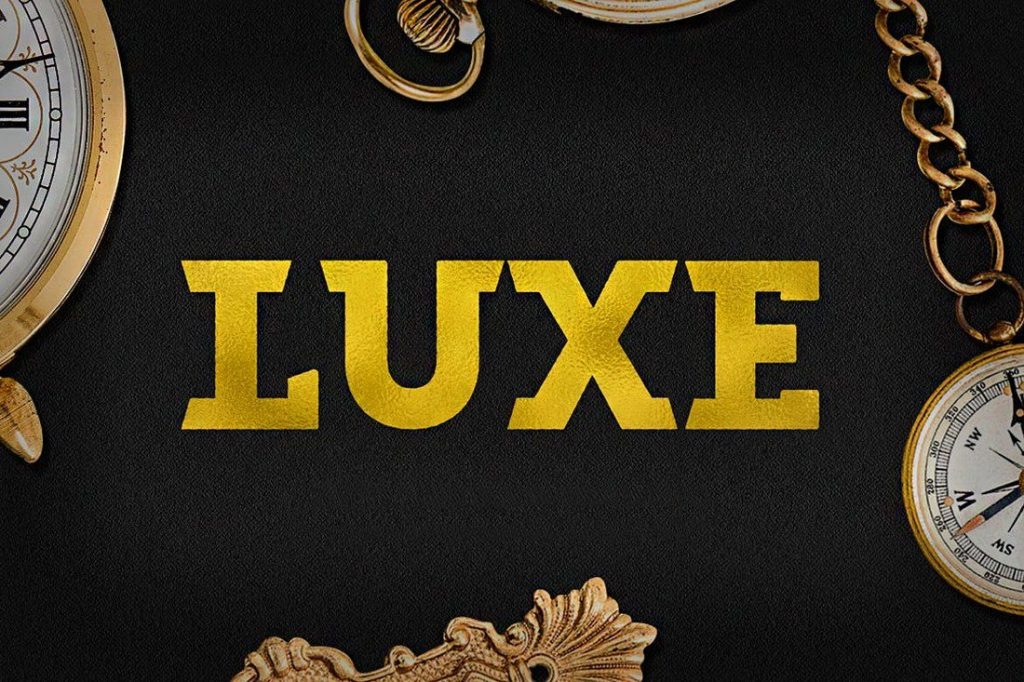 Fonts have the power to establish an app’s voice, and we see heavy serif fonts taking the reign in the new year. High contrast, heavy fonts create a loud, yet professional presence.

With thicker letters and diverse angles, slab-serif fonts bring character into any design. They shamelessly let you know that they’re there to catch your eye and challenge you to dive into what the product may offer.


Animation has the potential to tell a story, and designers will want to use it to their advantage for their mobile product. They are free to dive into a creative space where motion, color, and shape all play pivotal roles in setting an app apart.

Additionally, micro-interactions will go hand in hand with animated illustrations. Their minuscule details deliver a message that UX is important, and the mixture of the two will bring the best of both worlds directly to the users. 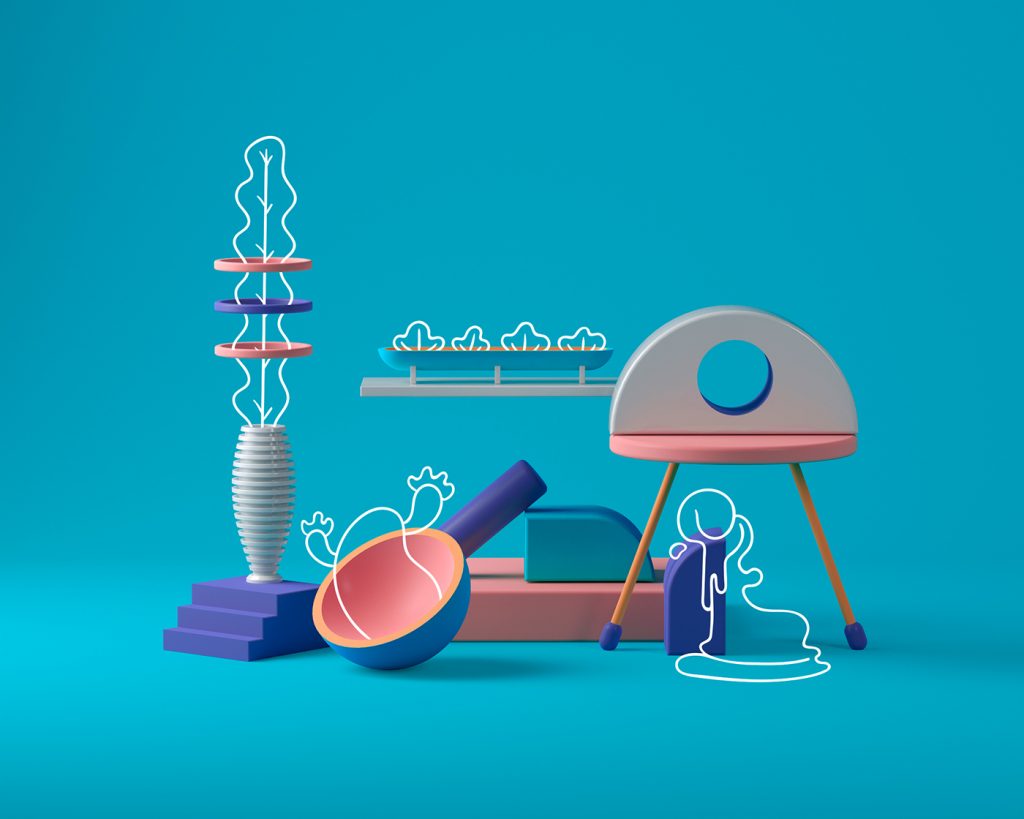 3D is a bit riskier than the other trends, but designers will be sure to tackle them in 2019. While 2D graphics promise easier access and less room to fail, 3D makes good use of modern technology, ushering in a realm of new possibilities. After all, the more depth an illustration has, the more real it feels to the user.

3D isn’t exactly affordable for every designer, but it’s something that will make more appearances with given time. Mobile chips are now significantly stronger and are able to run graphics that older phones can’t, which means there is now a wider variety of illustrations that designers can play with. It might take a bit of trial and error, but somewhere along the way, 3D graphics will become a strong resource.

As we are promised to have features like Google Duplex or faster machine learning in the new iOS 12 update, the future seems bright. They are living proof that, with time, products will increasingly be influenced by AI and machine learning.


Machine learning will only continue to improve. And as machine learning rises in advancement and capability, intelligent-predictive apps with built-in AI will naturally follow. AI will dominate both the business and tech sphere, offering a variety of services that range from increased cybersecurity to improved battery life, to photo recognition in mobile cameras.


REAL-WORLD INTEGRATIONS WITH AR AND SIRI

Earlier on in the year, Apple made AR technology available to developers by improving and redistributing the software, ARKit2. (Google also released its own AR-building platform to match its competition) These revolutionary kits allow developers of all kinds to build their own AR experiences in a span of a couple of days, opening the door to concepts that were previously constrained by resources.

Thanks to easier access and stronger software, developers will naturally grow the AR market, introducing users to apps that serve them on a newer, deeper level.

Voice-User Interface depends on interaction through voice, guaranteeing an effortless, handless experience. Smart assistants like Siri, Google Home, and Cortana exist to offer such services and have quickly inhabited phones, tablets, and smart devices, indicating that the VUI platform is here to stay.

On the other hand, Graphical-User-Interface depends heavily on images and is more hands-on (literally!) than VUI. The combination of voice and graphical interfaces can become a powerful tool for the user, especially with interactions that are amplified by touch and sound. VUI fills in the necessary gaps that exist in GUI, creating a system that is both highly sophisticated and accessible.

We’ve all been there: you order a product online, only to find out that what you saw on the site is drastically different from what you see in your delivery box. Well, those days of risky shopping are soon to be over.

AR is slowly becoming a necessity for businesses that see the growth potential in digital marketing. Its interactive capabilities give users freedom that is comparable to an in-store experience, allowing them to visualize the products before they make their decision.

Although Snapchat may be the founding father for stories in social media, other social networks were quick to include the feature on their own platforms. Sharing stories is an easy, more intimate way to showcase your life and engage with followers. Loved by both average and well-known users, it continues to be a popular element in day-to-day sharing.

Most are content with using the filters and text that already come with the social media app— But there are also quite a few hardcore users who are eager to stand out. In order to distinguish their aesthetic from others, they will turn to external apps like Unfold that provide various ways to amplify regular Instagram stories.

Money-making apps won’t win you enough monetary reward to replace a 9-5 job, but it doesn’t hurt to earn some extra cash. Originally, money-making apps were scarce because of the rules and regulations that prohibited them from existing. But as people grew more assertive and discovered new loopholes, they were met with a welcoming, high-demand market—and the rest became history.

Different apps carry different requirements, with some like HQ asking users to play a trivia game and others like Surveys On The Go asking you to complete surveys— or even apps like Shopkick, where you simply walk into stores.

It’s a slow and steady process where people are essentially earning money for free, so other than sacrificing time, there’s very little for them to lose. 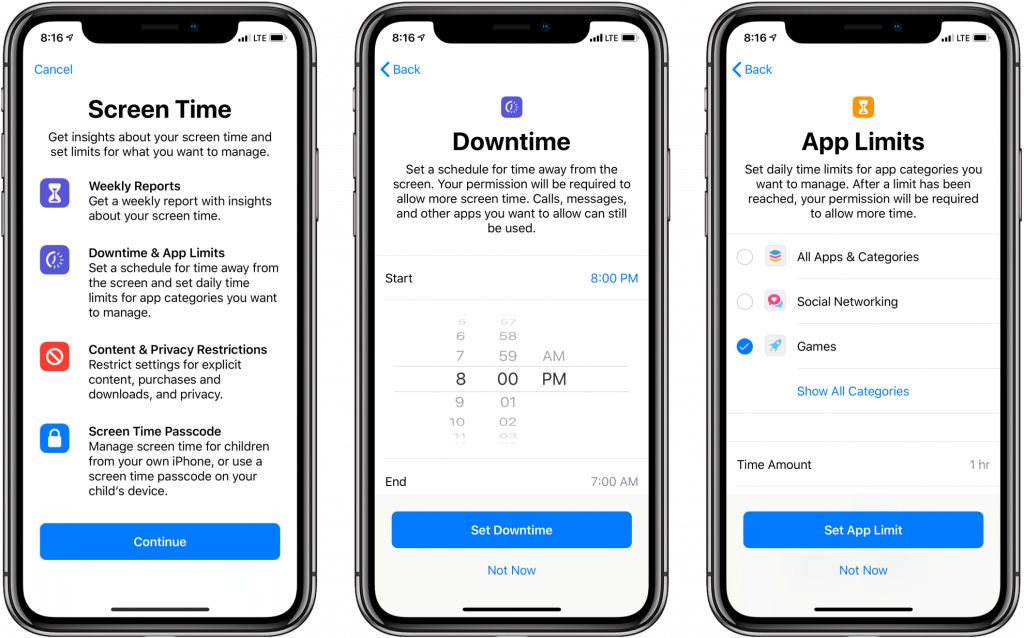 When considering Apple’s app trend of the year, digital health definitely falls into the mix. As ironic as it sounds, social networks like Facebook and Instagram are integrating a screen time feature. They intend to make the browsing experience more meaningful, even if it means that users might potentially spend less time on their sites.

They have the option to display how often they use the site, and if they wish, to temporarily block off notifications that distract them from whatever task is at hand. That way, people can have less of a love-and-hate relationship with their phones. We can only imagine that other apps will hop onto the bandwagon, all for the sake of self-care.

Blockchain is still a relatively new form of technology that’s in the process of building a solid foundation. Earlier on in the year, the cryptocurrency bubble finally popped and provoked mixed responses.

There is a division between those who believe in the future of Blockchain and those who don’t. Some argue that its abrupt decline is the beginning of an end, while others hold onto the hope that cryptocurrency can be salvaged.

The idea behind Blockchain is still incredibly innovative, offering participants a decentralized database where power is equally distributed. However, its technology is still in its infant stages— it’s incredibly slow, and hasn’t had time to properly develop reliable security.

People in the blockchain scene are trying to identify more practical uses for it, and that’s something we should probably keep tabs on this year. Where there’s a lot of risk, there’s potential.

In December, Apple revealed that the app trend of the year was self-care. There’s an abundance of wellness apps that encourage healthier lifestyles, and there’s a good reason for their popularity: people are finally recognizing the importance of self-care.


As long as there is always a need for wellness apps, developers will continue to deliver. Health as a topic is just beginning to rise in demand, and it is strong enough of a market that will continue as a trend long beyond 2019. 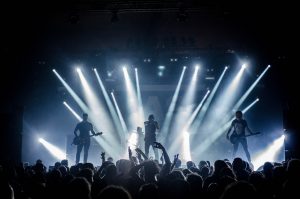 Best App to Find Your Next Concert: Discover and Attend Your Dream Concerts with Bandsintown

Summertime is the season to discover and attend all the…

Published by Shiwon Oh and Jonathan Mendoza on June 11, 2019. 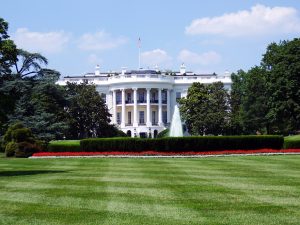 Anyone can see (and feel) that our current political climate… 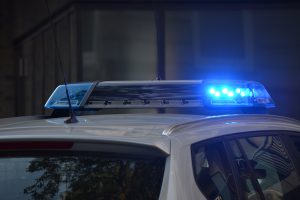 Best Safety App For Emergencies: NoonLight Keeps You Safe on Your Walk Home at Night

You might be a young adult who lives alone in… 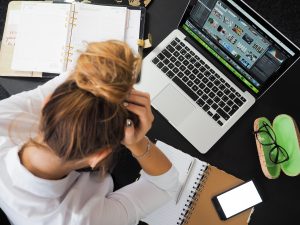 Best App to Fight Depression: Track and Improve Your Mental Health With MoodPath 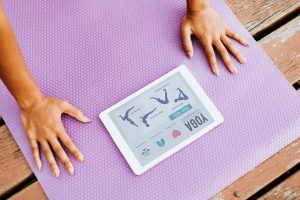 There are tons of fitness and meditation apps that offer… 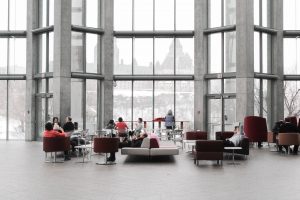 Some of our worst traveling fears are plane delays, and… 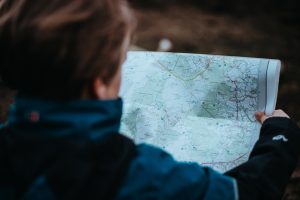 Best App for Hikers: The Ultimate Hiking Guide App You Can Trust

The AllTrails team is based in San Francisco and has… 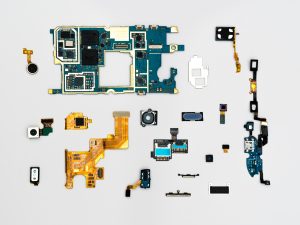 What is Digital Transformation? Fueled’s Guide to Crafting your Digital Growth Strategy 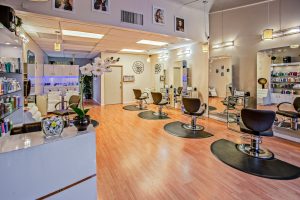 Best App to Pamper Yourself: Explore & Make Your Health and Beauty Appointments with Booksy

Spring cleaning doesn’t just apply to your home. It’s the… 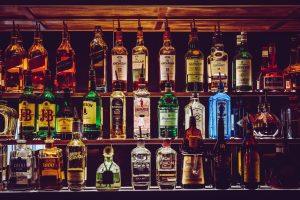 Create Your Own Cocktail Library With Highball

Spring is officially hitting the streets! It’s time to trade…