Phones, pods, pads - all portable iProps that have become fixtures for most citizens of this mobile metropolis. These are great for New York City…

Phones, pods, pads - all portable iProps that have become fixtures for most citizens of this mobile metropolis. These are great for New York City readers whose fast-paced lives and reliance on public transportation facilitate plenty of reading on the go. While the digitally inclined literature junkies among us are adding bookish apps to our tablets and phones, it’s fun to imagine what apps of our favorite New York characters would download if given access to the marvelous world of mobile apps. 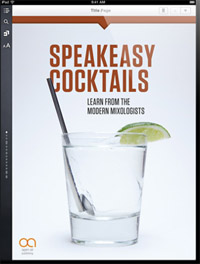 Had the 1920s been the tech age instead of the jazz age, the garish title character from F. Scott Fitzgerald’s The Great Gatsby would have certainly been up on all the latest gadgets. In a fictional world where the iPad is among this character’s many prized possessions, we think that the app of Gatsby’s dreams would be Speakeasy Cocktails: Learn From the Modern Mixologists. This app is an appropriate match for the prohibition-era socialite, party host, and known bootlegger. Impressing the pants off his admiring guests is top priority for Fitzgerald’s character. With all the ingredients, instructions, and tools at hand to mix the perfect future-classic cocktails, Gatsby’s famous summer soirées would become over-the-top affairs.

Of course, a spirit smuggler does not necessarily a good bartender make. However, with live video lessons from New York City mixologists, could anyone possibly compete? And with the then-unimaginable convenience of simply clicking a tool or ingredient to have it purchased and shipped from Amazon, Gatsby could concoct his beyond-their-time cocktails without ever leaving his North Shore mansion. Perhaps Speakeasy Cocktails may have even helped Gatsby seal the deal with his lost lover Daisy, who would certainly not resist a man with such unrivaled, shaking, stirring, and twist-torching skills. 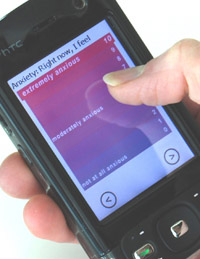 Those with sensitive dispositions will agree that living in this concrete jungle can be quite depressing at times. Holden Caulfield, the teenage protagonist in J.D. Salinger’s classic Catcher in the Rye is the poster boy of urban-bred disillusionment. Holden spends the weekend AWOL in Manhattan, cavorting with prostitutes, calling people “phonies,” and languishing his inevitable plunge into the affected world of the urban adult that has already begun to consume him. Days spent wandering and ruminating, making failed attempts at social connections, would certainly have been better spent with the Mobile Therapy app in hand.

This portable therapy center is perfect for the wandering pariah. Developed by clinical psychologist Dr. Margaret Morris, the app tracks the user’s moods, sleep patterns, diets, and activities. Maybe Mobile Therapy would have tracked Holden’s mood back to sleep deprivation due caused by disruptive dorm mates or a bad case of poor nutrition due to shaky school lunch standards. Based on user input, the app suggests therapeutic exercises to combat daily stress, including breathing strategies, muscle relaxation techniques, and “useful ways to disengage form a stressful situation” (I.e., don’t freak out, leave school, and invite trouble in a big city). What this character seems to seek throughout this novel  is someone to simply listen and understand. Well, there’s an App for that. In this re-imagined literary world, Mobile Therapy could have been Holden’s own Catcher in the Rye. 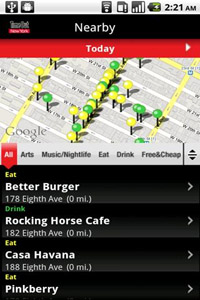 Esther Greenwood, the semi-autobiographical character from Sylvia Plath’s The Bell Jar, could have also benefited from some serious Mobile Therapy. Esther’s breakdown, however, is a more gradual one, evidently catalyzed by her disorienting experience in New York City as a summer intern for the prominent Ladies Day magazine. Esther’s mobile intervention must come earlier in her story--which spans a much greater time period than Holden’s. A sympathetic reader might believe that if Esther simply had a better time in New York that fateful summer, perhaps the illusory bell jar would not have descended so swiftly over our unfortunate heroine. No young student should spend her first summer in New York City confined to a flock of fellow interns whose daily schedule has been pretty well predetermined. If Esther had only had a mobile device, an app like TimeOut NYC would have infinitely enhanced her experience. With TimeOut’s vast directory of daily events, art, food, bars, and so on, Esther would have been able to break from the fold and experience some real New York City culture. The TimeOut app could pinpoint the exact location of her heart’s true desire, minimizing perilous wandering through a large foreign city. Esther Greenwood was clearly a woman beyond her time, oppressed by societal restrictions upon her sex. With the help of the TimeOut app, Esther might have gained the confidence to break loose and become a true  innovator instead a casualty of her situation. 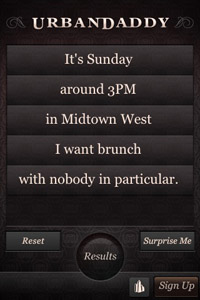 Patrick Bateman: American Psycho and classic literary anti-hero. We won’t even attempt to intervene in the psychological workings of the demented protaganist from the Bret Easton Ellis novel. This yuppie Wall Street banker is thoroughly obsessed with himself, his social life, his stuff, and crafting the lifestyle of an exemplary New York City socialite. Oh, and murder - anyone who dares to challenge Bateman’s carefully constructed self-image is doomed to a bloody death. In order to keep the beast at bay, we’d introduce Bateman to the UrbanDaddy app. UrbanDaddy is made for young professionals like Bateman (minus the bloodlust), who want to enjoy the best that New York City has to offer. The awesome app (created for NON-psychos, mind you) creates a custom recipe for a classy New York City experience. The app allows you to target your particular place, time, type of companion, and general expectations. It basically constructs your vision of an ideal evening, returning a list of perfect spots based on custom that inquiries would look something like this: “It’s Friday, at 8 pm, I want dinner, with friends, around beautiful people.” Urban Daddy would give Bateman a guaranteed leg up on his equally image-obsessed colleagues. Ego appeased, perhaps this unstable socialite would not have so quickly morphed from Urban Daddy to Urban Baddy. 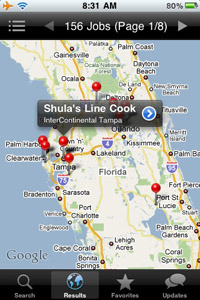 Herman Melville’s 1853 short story features a disgruntled law-office copier who embodies the disaffection of the working class in old New York. Bartleby is employed by the story’s narrator as a copyist in a law office on Wall Street. Extremely industrious at first, Bartleby quickly loses interest in the job and responds to any demands with a level and nonchalant, “I would prefer not to.” Even when it is clear that Bartleby will not work, he refuses to leave the office, and forces his employer to abandon the building in utter frustration. Bartleby remains in the building until he is removed to the Tombs, where he eventually perishes, refusing to eat. This character’s sad fate could have been averted if Bartleby had access to the Job Compass app. At one point in the tale, the narrator/employer attempts to suggest alternative occupations to his near-catatonic employee. Bartleby flatly rejects each suggestion but clearly states, “I would refer to be doing something else.” Obviously Melville’s character just hasn’t been able to discover his true vocation. Job Compass would make his life so much easier! From the fourth floor of his wall street office, Bartleby would be able to pinpoint any job openings in a designated vicinity, and only ones that are still open. Not only does this app allow you to discover open positions, but it feeds the contact information straight to your phone, so there’s no excuse for procrastinating on a lead! Imagine the possibilities that lie within the stores and offices surrounding Bartleby’s law office, and the even wider possibilities beyond. Job mobility is a luxury in the 1850s, but with mobile apps in the mix, more doors open up and Bartleby can afford to say I “prefer not to,” in the face of a world of other opportunities.