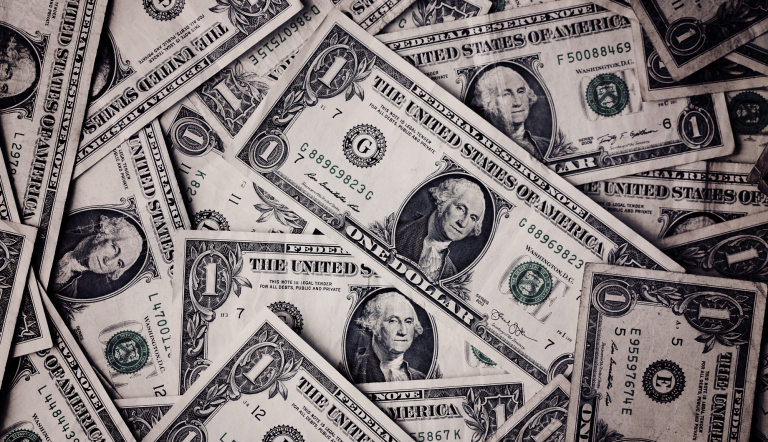 You’ve got a million-dollar idea for an app. Or you have a burnished multi-million-dollar business and need a next-level consumer experience to match. How much does app development cost? What is the breakdown of the total pricing? You know that you need to find a good development partner at the right price before you can knock it out of the park. But you also want a beautiful app that transforms the way users interact with your company — Millennials, Gen Zers, and Boomers alike. So how many Benjamins are we talking?

A Ballpark Look at the Real Cost of Apps

What is the Cost of App Development?

Many considerations go into the cost of mobile app development, typically $75,000 can get your app up and running barebones. Here at Fueled a project can run on average $300,000 with an upper limit of $1,000,000 but with that investment you allow us to act on critical development opportunities, some which may truly aid you in realizing your vision.

So there are a lot of moving pieces here. To make things a bit easier to understand, we asked our Co-Founder, Ryan Matzner, and Director of New Projects, Perry Curac-Dahl to break down what really goes into app development and the costs you can expect.

Let’s delve a little further into the key factors that determine the app cost.

Who Works on Building a Mobile App?

The cheaper shops offering end-to-end app development for under $50,000 are offering more limited services than an established agency. When you increase your investment, you’re buying experience foremost, which entails more specialized expertise in Android and iOS app development in an agency like Fueled. On top of that, hard-coding your product is just one piece of the process, and a team that doesn’t include expert designers and strategists can see your costs blow up on the far side of launch.

Ryan Matzner, director at Fueled, explains, “A development team is sort of like a Broadway play. You have the actors on stage, but then there’s a whole bunch of stuff happening behind the scenes. An app that gets built properly is sort of similar.”

All teams are different, but a great mobile app development team should include:

How long does the development of an app take?

Can you develop an app in a day? You ~can~ provided your requirements are the bare minimum and the life cycle of your app is... a day. If all you need to do is add e-commerce capabilities to your Etsy store, for example, there are ways to piggyback purpose-built technologies for that purpose. But let’s assume you’re looking to debut a polished product that meets a specific need and opens up opportunities to seize a market segment. A large agency and a mid-sized shop might both quote you $300,000 to deliver a product. The difference is that the large company adheres to a waterfall process, delivering on the original specifications after farming out work to the lowest-common bidder, while the mid-sized shop uses an agile process. Fueled uses an agile process, which you won't get at a bigger shop. Our development process is usually a 13-week estimate split into Pre-Development and Design & Development with 2-week sprints.

The core features in the app

Even something as simple-sounding as an e-commerce app involves a striking melody of software elements behind the scenes. Scoping out the core app features will move the needle up or down on the cost involved with developing a beta, and also acts as a crucial test of your business proposition. A skilled product strategist will look at whether the core features you want to include are, in fact, the right features for the best user experience.

The scope of the MVP and amount of seed funding

A fairly universal cost range for getting a minimum viable product out the door is $100,000 to $150,000 regardless of the level of expertise at the agency. Fueled product leader Aaron Cohen explains the steps after delivery of an MVP: “Traditionally, a startup will get going with a seed round or a friend-and-family round of $250,000 to $500,000. That will allow them to run the company for six months or so. Generally, they then need to raise a bridge round. Another $500,000 to a million dollars, which will really let them take whichever prototype or proof-of-concept they validated in the first phase, take that to a higher level, and really polish it up for widespread consumer release.” The result? About a million and a half dollars to operate a startup for the first 18 months.

So you can see why getting app development right from the beginning of the process is so crucial if you are to be the next WhatsApp or Uber.

The Top Mistakes That Cause Apps to Fail

A team that hasn’t been calibrated to the project

Co-founder of Fueled, Rameet Chawla, has seen plenty of failures in the app store. “If your app has a heaving programming or coding component to it, you don’t necessarily want to go after an agency that only has experience with more simplistic apps,” he says. The development requirements between android and iOS are quite different; what is intuitive on one platform operates quite differently on the other. You need a team containing experts fluent in each world.

Shortcuts in the development process

Matzner sees this often. “We call them ‘rescue projects,’” he says. “These are projects that people have started elsewhere and they end up coming to us because they realize that these promises someone else made were completely empty, or they didn’t know about us when they started and they have figured out some pitfalls with their current setup.”

Deliverables that meet the specs but don't solve the original problem

A process centered on getting deliverables to the client at a fixed price will execute on the original specs regardless of the vital feedback that arises during the development process. A product that technically "checks all the boxes" might still fail to solve the original challenge. Further, a product rushed over the finish line with the full number of components can suffer from what we term "technical debt" — cut corners that soon results in obsolescence or performance issues.

A poorly structured plan to bring the product to market

It’s not enough to shoot your world-changing app out of a cannon into the marketplace. You need to be able to refine your product, and see it through several stages of seed funding totaling perhaps $250,000 each round before you can relegate yourself to cult status as a visionary tech leader.

Now you’re seeing why you want a dream team of strategists, developers, and designers working for you.

What Makes an App Succeed?

While we, like you, believe in divine inspiration, our experience development, building and testing award-winning apps like QuizUp, Afterlight, and the Verizon in-store experience has shown us that skyrocketing to the top of the App Store is no gamble. The most common success stories are based on a solid beta test or a proof-of-concept that is splendid enough to generate another round of funding and maybe even attract some press. These factors ultimately nullify small differences in upfront app development cost.

This is why we believe strongly in the performance of an agile development process.

What Is the Next Step?

This has been a rough overview of the myriad factors that go into app development — a fraction of the detail went into Sean Parker's wedding. But you now have a sense of the true average cost of mobile app development, and know enough to beware simplistic app cost calculators that don’t take the sophisticated design and development process into account.

If you are ready to take the next step toward developing your app, our team is waiting to chat. One of Fueled's product strategists is ready to discuss the unique requirements of your project — use the contact form below to say hello.