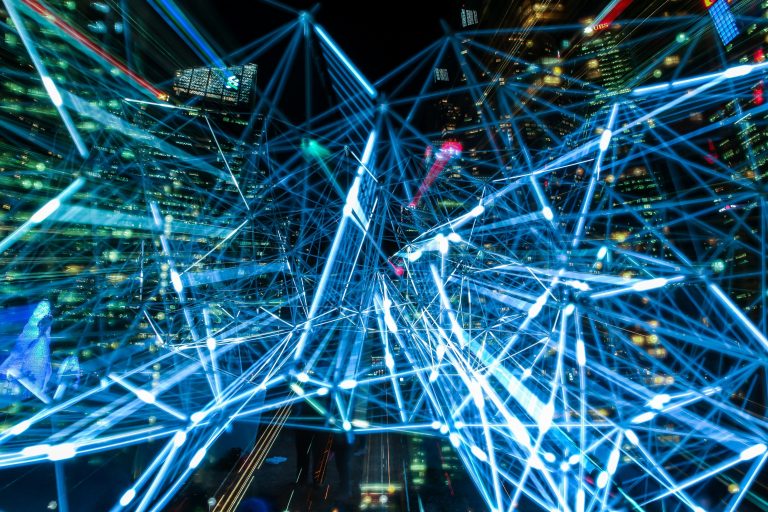 In this article, we’ll present a few potential benefits you might get from combining cloud and blockchain technologies.

For the past few years, “the cloud” and “blockchain” have both generated enormous interest, and not just from typical tech circles. Blockchain isn’t a true “cloud” technology, in that its essential operations take place on widely distributed networks rather than in massive centralized data centers. However, pairing a blockchain with cloud technologies could multiply the benefits of both. In this article, we’ll present a few potential benefits you might get from combining cloud and blockchain technologies.

Using blockchain technology offers a few immediate benefits, similar to using other distributed systems. Many businesses have zeroed in on blockchain’s ability to maintain accurate records in real time across a wide range of systems and locations, while others appreciate its transaction processing functionalities, particularly for international transactions.

When paired with cloud systems, such as supply chain management or financial management applications, blockchains can greatly improve a business’ visibility into the movement of products and money around the world. That’s good for businesses and for consumers, as you’ll soon discover.

A primary feature of a blockchain solution is its use of decentralized recordkeeping. Decentralization allows records to be maintained and updated by any computer, or “node,” in a blockchain system, and since these records must also be validated by other nodes before becoming part of the blockchain’s distributed ledger, anyone who uses it can be assured that these records aren’t forged or otherwise fraudulent. Through this process, all users (including consumers who may not be running a blockchain node of their own) gain a higher level of security, in addition to improved scalability.

Today’s businesses must be hyper-vigilant with their data. Many companies have set up their current IT environment to utilize central servers, which, unfortunately, can also create increased data vulnerability.

Storing data in the cloud can help businesses gain security, as their cloud providers will typically be amongst the world’s largest tech companies, with the resources to monitor and secure enormous volumes of data. However, cloud storage can still be vulnerable to human error and human subterfuge. An employee with high-level access could wipe out large volumes of data by mistake or out of anger, and the risk always exists of human error creating inaccurate data that might result in long-term problems.

Blockchains decentralize this data while also making it effectively immutable. Altering the data in a “block” after it’s been recorded requires at least 51% of a blockchain’s nodes to agree to the change, which virtually never happens in public blockchains and would only happen on a private corporate blockchain if a very high-level executive ordered it.

Blockchains improve data security by distributing all records across every node in the system. As a result, any attack on or problem with one of the nodes won’t impact the blockchain’s data, as the other nodes not only remain secured, but will reject unverified attempts to alter their records.

Redundant recordkeeping has been one of the primary benefits touted for blockchains, as it’s thus far proven virtually impossible for any one bad actor to undermine the integrity of a blockchain’s data. This makes it easier for users to trust blockchain data, particularly when it’s tracking important things, like the movement of goods through a supply chain. Where did your salad come from? Is it safe? If suppliers used a blockchain to track the movement of produce from the farm to your table, you might be able to look at the records generated at every step of the way and know they’re accurate and complete.

Once you’ve secured your data in the blockchain, how will you make sense of it? The resources available in the cloud can be put to work analyzing blockchain data, and the on-demand nature of cloud computing often means that businesses will only need to pay for the resources they use.

Since these resources come from the world’s largest tech companies, cloud users also get to tap into the most advanced technologies available, without having to develop such resources on their own or spend enormous amounts of time and effort customizing systems to suit their particular business model As cloud leader Mark Hurd has stated,  “If the cloud did nothing but lower your costs, most of our customers would do it. Because if I can get exactly the same thing and it just costs less, and it’s simpler, and it’s more secure, let’s do it. Now, simultaneously, if I could get all of that and I could actually get more innovation, then it becomes something that’s irresistible.”

Cloud solutions run on the computational power of massive data centers. On its own, this tends to save businesses money when compared to the expense of purchasing, deploying, maintaining, and updating hardware and software on site.

Blockchains can save costs as well, in similar and in other ways. A blockchain that automatically updates and verifies data created through lengthy processes (like supply chain product movements) can eliminate the need for manual tracking and updating, a problem that currently consumes millions or billions of work-hours each year throughout the world. And on the financial side, eliminating the need for third-party authentication can dramatically lower transaction costs, as stated by Forbes contributor, Bernard Marr. Wire transfers and other rapid money transfers can cost both sender and recipient a good chunk of change while also taking a long time to complete, but blockchain transactions will complete as soon as their data is added to the latest block, which in many cases takes only a few seconds. Some major payment services, such as Veem, already use blockchains to speed international transactions and lower their costs.

Blockchains and cloud computing have rarely been viewed as comparable technologies, but that’s changing as more functions are built onto blockchain networks Because blockchains operate on individual computers running anywhere in the world, hosting and cloud service providers can now offer individuals the opportunity to monetize some of their excess hardware capabilities. Here are a few examples:

Storage: Users can contribute storage on their computers to a blockchain network, which businesses and others might utilize the networks for additional, low cost storage.

Computing infrastructure: Node operators might similarly profit from contributing some of their spare processing power to a blockchain network. It’s like Amazon EC3, but spread across millions of individual computers rather than centralized in a single data center. Similar setups have been used since the early days of the Internet to, for example, search for extraterrestrial signals in SETI data, or to simulate protein folding for molecular biology research.

Predictions for the future

Experts have a few predictions for what to expect from blockchain-powered services in 2019 and beyond. Monax CEO Casey Kuhlman believes we’ll see the first meta-blockchain protocols come online this year.

Implementing blockchain solutions is undoubtedly an important element in the future of cloud users and providers. Though it’s still a developing space, there’s plenty of opportunity to seize, and everyone is poised to reap the benefits. Blockchain technology will be the leading disrupter in the tech space this year, and there’s no better time to get involved!