Imagine opening your front door and finding a group of Boy Scouts selling cookies in order to raise money for a school project. Would you… 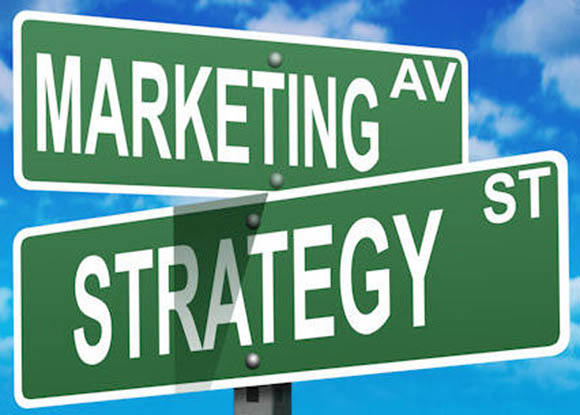 Imagine opening your front door and finding a group of Boy Scouts selling cookies in order to raise money for a school project. Would you go for their sales pitch?

Now imagine that the scouts were accompanied by a famous celebrity, like Justin Bieber. Would that have an impact on your decision? If your answer was yes, you’re the quintessential target for celebrity brand advertising — a now-classic approach that is, after several years of industry energy, seeping into the startup industry.

Celebrities are people we allow into our lives. We listen to their music, watch their shows on TV, and see them in the papers. We laugh at them and with them; they become like the silent guests at our dinner tables. Somewhat unfortunately, some fans’ obsessions with celebrity come from the false notion that celebrities are perfect — perfect teeth, perfect hair, and perfect clothes. This notion, of course, couldn’t be furthest from the truth.

In fact, obsession with celebrity is so ingrained in society that there is a disorder associated with it: Celebrity Worship Syndrome (CWS). It is an obsessive-addictive disorder in which a person becomes overly involved with the details of a celebrity’s personal life.

Now startups are turning to celebrities to promote their brands. Counter to what many think, celebrity endorsements are not always in the form of cameo ad appearances from famous people; they are actually investing in these companies as well. Lady Gaga, Kanye West, Leonardo DiCaprio, and Justin Timberlake have all invested in startups. These startups range from rather well-known ones, like MySpace and Turntable.fm, to lesser known ones, like Dekko and Mobli.

These celebrities often turn to their legions of fans on social media, such as Facebook and Twitter to promote the brand. Ashton Kutcher is, for all intents and purposes, leading the pack. His Twitter handle, @aplusk, has close to 12 million followers already. His first huge investment success came in 2009 when entrepreneur Marc Andreessen convinced him to invest in Skype. At the time Skype was valued at about $2.75, two years later it  was sold  to Microsoft for $8 billion.

A simple mention of a product on a tweet can greatly encourage his fans to either buy the product or at least try it. And with over ten direct investments, including Foursquare, Flipboard, and Soundcloud, this reach is highly visible. However, this is not always the case, even Kutcher’s influence could not help ooma. The Internet calling service was expected to compete with Skype, but it was a flop, as was Blah Girls, an animated online comedy show for young girls that failed to go viral. The hype, in that respect, may be fueling itself — as celebrity investment grows as a trend, hope grows as well, but returns may not.

There are some legal issues with celebrity endorsements, though. The Federal Trade Commission (FTC) has issued guidelines to bloggers stating that they are governed by the same rules as traditional media. The commission states that if an individual is promoting products they have an investment in, they are required to disclose such information. Ashton Kutcher found himself in trouble when he plugged in a number of startups in his guest-edited issue of Details without making such disclosures. Some investors even suggest all tweets should be coupled with such disclosures.

In the startup world, though, it’s not always the case that nothing sells like celebrity. The video-calling app Airtime is the epitome of celebrity failing to translate into increased numbers. Airtime allows users to video call their Facebook friends, or to connect with an unknown Facebook user based upon shared interests. It bears some similarity to Chatroulette that  randomly pairs web callers.

The app launched by co-founders Sean Parker and Shawn Fanning, of Napster fame, in June in New York City, where it had help from Jimmy Fallon, Snoop Dogg, and Alicia Keys. Despite the support, there were several failures with frequent glitches, and it crashed several time during the initial demo. The New York Times Bits blog points out that Airtime had 200,000 monthly active users at the start of July; by the end of the month it was down to 110,000 monthly active users. Even the launch of a viral video in the interim, endorsed by MC Hammer on Twitter and Facebook to drive it to 180,000 views, couldn’t boost Airtime’s base.

Picking a celebrity that meets these requirements can be tricky, as celebrities often end up in less-than-reputable situations and may subsequently distribute bad light on brands associated with them. In situations such as these, brands often cancel any endorsements to avoid their brands getting a bad reputation. Celebrities Michael Phelps, Sharon Stone, and Kobe Bryant  have all lost endorsements after controversial incidents in their private lives.

Does that mean that “real people” are not good for advertising anymore? Francesca Di Meglio thinks, in fact, that they are. Real people are most persuasive when pushing products and services that require social approval, as many startups do. There is truth in this: people are more likely to trust a friend, a neighbor, or work colleague on which restaurants to try, where to shop, and what night spot to hit. This is because they are on the same page: real people, real budgets, real issues.