Verizon announced that they won’t be offering any new unlimited data plans for their smartphones starting today, Ina Fried from All Things D reported. For… 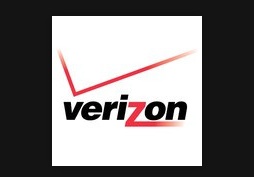 Verizon announced that they won’t be offering any new unlimited data plans for their smartphones starting today, Ina Fried from All Things D reported. For feature phones (Translation: Not the cool smartphone that you want), plans will start at $10/month for 75MB of data, and for smartphones, plans will go from $30 for 2 GB of data a month to an exorbitant $80/month for 10GB, an amount that seems impossible to use, even for the best Words with Friends players among us. AT+T started doing this a year ago, and Sprint has stayed with their unlimited data plans despite the recent trend towards tiered plans. For current Verizon users, this won’t affect them, as they’ll be grandfathered into any plan that has existed during the length of their contract. But this doesn’t help the customer otherwise.

Verizon currently offers unlimited data plans to their users for $30 dollars a month. So, in what way does this new plan help the customer in the slightest? The answer: it doesn’t. But there’s no way to even spin this so that it looks like they’re doing something good. This is like if Golden Corral got rid of all of the beef and pork on their dinner buffet, kept the price the same, and explained that America doesn’t need to be eating so unhealthily. They’re really doing a public service! But, in reality, they’re just saving themselves money and giving the consumer less than what they’re used to. Side note: If you’re going to have commercials for your restaurant on TV all day, it’d be cool to have a Golden Corral in the Northeast. Just saying.
When iTunes decided to raise their prices of singles to $1.29 a few years ago, Apple made the goodwill gesture to lower some older music to $.69, just as a symbol of good faith. Verizon is doing nothing of the sort, and is just giving you less than what you’re used to. They may call it more efficient, but it’s just hurting their customers. By doing this, they’re taking away an advantage they had over AT+T, just as Verizon was starting to make market progress in the aftermath of the Verizon iPhone.

Verizon VP Nicola Palmer may have stated that “Unlimited billing on data is simply unsustainable for the industry”, but this maneuver is nothing more than another company raising their prices and trying to rationalize it. I just hope that Verizon will acknowledge this price hike for what it is. Any spin cycle will just feel manipulative.