Walled Gardens in the Clouds

Recently, there has been a buzz about the Internet’s walled gardens, which fundamentally contradict the free web paradigm. A walled garden is essentially an exclusive… 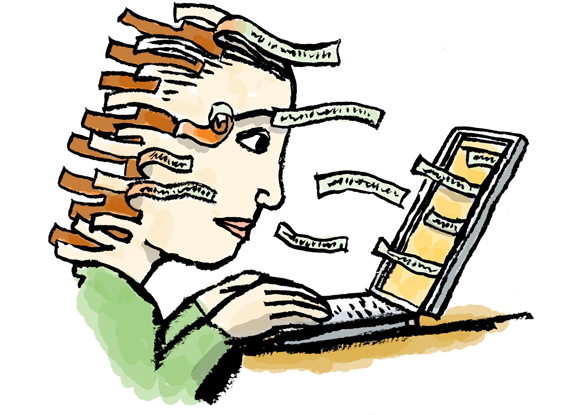 Recently, there has been a buzz about the Internet’s walled gardens, which fundamentally contradict the free web paradigm. A walled garden is essentially an exclusive space made available to the users by the service. The easiest way to grasp the concept is to think of it in terms of Facebook. Facebook is a walled garden because all the data we create on Facebook is limited to our space on the website due to certain privacy settings we choose as users. The collective limiting of this information on the web is like creating a walled garden in this space.

In a recent interview with The Guardian, Sergey Brin expressed his concern about walled gardens created by companies like Facebook and Apple. He claimed that he would never have been able to create a service like Google if companies start blocking spaces on the web for their exclusive use. His interview created much discussion about walled gardens and the issue of privacy versus transparency.

Yesterday, Brin clarified his stance on this issue via his Google+ profile. It didn’t come as a surprise that Brin brought this up, but it certainly started a discussion. We have always heard Larry Page and Sergey Brin talking about a free web. SOPA and PIPA became quite the trend amongst social network users when their freedom of speech felt threatened. But do we know exactly what we are dealing with? Can it be that the fact that Facebook is a walled garden is actually benefiting us?

The first thing to consider is that there are two kinds of spaces on the web. As users, we utilize them differently. If you are writing on a blog that is public (i.e. has no privacy controls) you are more likely to write about generic things, like expressing your creativity through a photograph or your view on the Arab Spring. However, if you are writing on your friend’s Facebook wall, it is more likely to be personal information. You use Facebook for your personal information because you know the information is protected by privacy controls. In a way, you are trusting Facebook’s walled garden to protect your drunk-as-hell picture from the next employer that Googles you. This distinction between the spaces is a crucial one. Simply stated the difference is this: If you want to search Louis Vuitton Moet Hennessy to check their market share, you aren’t going to type it in the Facebook search box; you’d be better off using Google. Concurrently, if you want to look for the guy named Max who sits next to you in class, you’re going to search for him on Facebook.

Let’s think about what happens if the walled gardens come down. Google will be able to crawl Facebook and all our non-web based Internet behaviour (everything we do on apps). On the positive side, Google can read all our behaviour – what we eat, drink, where we stay, where our friends stay, our spending habits, financial capabilities, and everything else about our lifestyle. This gives Google the capability to give us the best search results ever. If you type in “Thai restaurants”, it would give you a restaurant near your location, in your budget, and similar to the ones you rated preferably on a previous occasion. On the negative side, our privacy will be threatened. The more Google knows, the more it can tell. If Facebook ever breaks down its walled gardens, it risks losing a majority of its users because who is going to write personal messages all over Facebook if they can be Googled by people you didn’t authorize to view them? This is the bud of the bud - the main debate.

The buzz is greater than ever, and it is out in the open. Everyone is talking about the web space. Some experts even argue that this is going to be the central issue of 2012 regarding the Internet. Where do you stand?