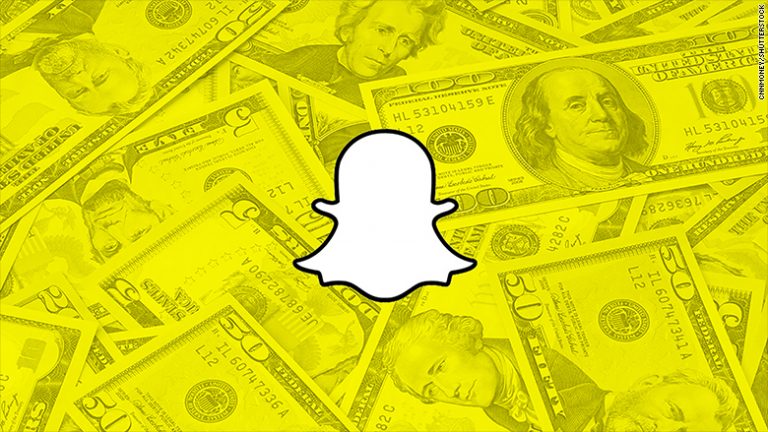 The tech world is abuzz with everything Snapchat after its $24B IPO. Snapchat's IPO is the first consumer tech stock to come out since Twitter's…

An unabashedly optimistic, long-haulers’ guide to Snapchat’s IPO: Five reasons to believe the $24B hype

Swimming pools of ink have been spilled chronicling the IPO of Snap (the parent company of Snapchat). And it will likely provide op-ed fodder for months to come. Even though dozens of companies have gone public in 2017 (some for more than a billion dollars!) none of them have received even a fraction of the buzz and bluster dedicated to Snapchat.

Much of the coverage so far has been negative. You’ve probably heard the narrative: Snapchat is growing — but not fast enough. Snapchat is making money — but not enough. Snapchat’s target demographic is big — but not big enough. Most of the criticism stems from the fact that Snapchat can’t compete with Facebook in terms of users, growth or revenue per user.

If you look at purely social media companies, Snapchat’s expected market cap (in the ~$20B range) is closer to Twitter’s than Facebook’s. If you’re framing your Snapchat investment from the point of view of it being a “social media company” — a valuation in that range is entirely fair. But Snapchat is so much more than that. In fact, I would argue that Snapchat is an entirely new category of company. And one worth being excited about — despite the torrent of skepticism.

There is a running joke in Silicon Valley that more people at Facebook are working on cloning Snapchat than Snapchat’s entire staff. Facebook has pursued a relentlessly aggressive strategy against Snapchat, integrating ephemeral messaging into Facebook Messenger, Instagram, and WhatsApp. It has impacted Snapchat’s growth. But while Facebook can steal marketshare, Snapchat is the only consumer tech company that is still reliably shipping interesting (and successful) new products and integrations: Lenses, Discover, Stories, Spectacles.

With Lenses, Snapchat brought augmented reality to the masses. With Discover, it invented a catchy new media format that has since been copied unabashedly. Stories, too.

Snapchat Stories (pioneered in 2013) have since been copied by:

And with Spectacles, Snapchat made wearables cool (finally) and laid the groundwork for even zanier experiments in AR.

When was the last time Facebook or Twitter shipped something new and exciting? Their product teams are years behind the curve.

Because of Snapchat’s innovation-friendly culture, the company is more likely to stumble upon new, engaging, and profitable new products. Every successful company eventually becomes complacent with their core product offering — Bell Labs is no longer a hotbed of exciting ideas, and Google X labs is apparently toning down their experimental zeal. Is Facebook headed down that road as well?

As Snapchat’s masterful launch of Spectacles has proven, the company is on a roll and has no problem making new, scary, and excitingly strange bets.

It might be the only consumer tech company still willing to do that.

One of the largest criticisms lobbied against Snapchat is how difficult it is to use: its arcane design patterns are unflinchingly hostile to new users. And yet Snapchat’s 160M daily active users don’t seem to mind.

While it cuts into Snapchat’s bottom line and its ability to grow, it also gives Snapchat the freedom to introduce radical design changes. Unlike Facebook’s older demographic, Snapchat can introduce new content formats (like Discover or Lenses) without worrying that its users might not “get it”.

When you’re running a social network used by a billion people of all ages, your product strategy won’t look the same as an app whose users are young and tech-savvy. With decreased engagement rates, Facebook is already in loss-aversion mode. And despite being an older company, Twitter doesn’t have Snapchat’s track record with novel, hyper-engaging content formats.

In the war to create the most addictive app experience, Snapchat is already gunning at Facebook’s $400B grip on our attention spans. As of 2016, Snapchat users spend 25 minutes a day in the app. That’s much more time than Instagram users, and almost as much time as Facebook/Messenger.

Interestingly, people are on Snapchat 25x more often than ($11B) Twitter.

REASON #4: Snapchat is the best platform for advertisers

There is no “fake news” problem on Snapchat. There is no systemic “bullying” problem on Snapchat. The average Snapchat’s user experience is free from all of the spam and vitriol that Facebook and Twitter are famous for. So while Snapchat might not have Facebook’s massive userbase (or Twitter’s many “influencers”), it does have one advantage: it is a happy place to go and consume content.

This is reflected in the sort of ads promulgated on Snapchat: they’re light and fun and engaging, reminiscent of “golden age” TV ads instead of the sensationalist (and creepily-targeted) clickbait ads you’ll often find on Facebook and (less targeted ones) on Twitter. No surprise: Snapchat’s click-through rates are 5x that of the industry average.

Why are Snapchat ads so good? For one, you can’t just be any Tom, Dick or Harry with a Google Ad Words (or Facebook Ads Manager) account, setting up spammy ads with terrible stock photography. Snapchat ad campaigns require, at a bare minimum, a graphic designer (for lenses) or a video editing team (for video ads).

That’s a high barrier of entry for small startups and businesses — limiting the number of advertisers willing to shell out for Snapchat ads. However, by keeping out the riffraff, Snapchat ads maintain a curated, premium feel. Like commercials you see at the movies.

REASON #5: Snapchat is the only company who has figured out how to align their software, hardware, and media strategies

Snapchat’s app is impressive, but what’s even more impressive is how well the company has integrated it with their hardware and media strategies.

Google and Facebook have both tried to get into the hardware game — with terrible results. Google Glass was a cataclysmic failure and Facebook’s Oculus is still struggling to get traction. And yet Snapchat’s spectacles were a universal hit, despite it being the company’s first foray into the “product” space.

Yes: Spectacles haven’t yet moved the bottom line at Snapchat. (Then again, neither did Glass or Oculus.) However, the fact that a five-year-old company ~1/20th the size of Facebook and ~1/30th the size of Google has been able to orchestrate a more successful product launch than both of them combined should perk up investors’ ears.

Snapchat’s media game is also on point: unlike Facebook and Twitter, Snapchat approaches media institutions (like CNN, Esquire and VICE) like an equal partner. Media companies aren’t forced to work against the quirks of a mercurial timeline algorithm — at Snapchat they’re treated like equal partners. Content is tailored to the platform and displayed prominently in the app. Engagement rates for ads rival those of YouTube and provide an incentive for professional publishers to create content, which is not really the case at Twitter, Facebook (or Medium for that matter.)

While still early in his career, rumours abound that Evan Spiegel has a Jobs-like spidey sense for physical products, and a Murdoch-like sensibility for media. O Captain my captain! With Spiegel at the helm, Snapchat investors seem — for now — to be in good hands.

So, should you invest?

Snapchat is a five-year old company. It is IPO’ing much earlier than companies of its stature. Its quarterly cash burn is gigantic, and its future profitability is uncertain. If you are someone who hates risk, Snapchat stock is probably the last thing you want to be owning on Thursday morning.

And yet! Snapchat holds a lot of promise.

Can it revolutionize the camera like Apple did the phone? Can it convince advertisers to pony up more than “experimental” ad budgets? Can it become a true hub for publishers?

What is undeniable is Snapchat is the most visionary company in tech right now. Vision isn’t the only thing required to succeed, but it sure helps. There is no financial analyst who can crunch the numbers to foretell Snapchat’s future, and there probably isn’t any crystal ball reader who can do that either. Investing in Snapchat is a gut call. But to tell you the truth — the future tastes kind of snappy to me. 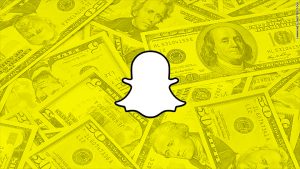 Let’s say that you have a brilliant idea for a…

Published by Rameet Chawla on February 3, 2015.

You Need to Build Your App for the Millennial User

So you’ve got a new app idea. It’s not just…