Modern App Design and its Value in a Post-PC Industry

Workforces are becoming more empowered by utilizing devices based on personal preference. Learn about modern app design & its value in a post-PC world at… 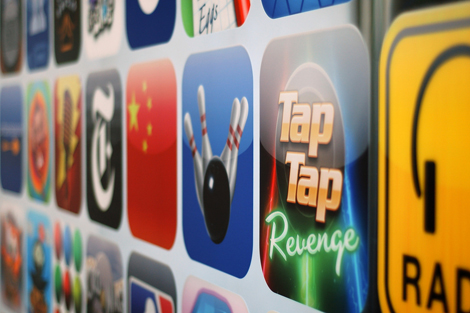 Last week, the Industrial Designers Society of America brought to a close a year’s worth of innovation at its annual gala, where it presented the Industrial Design Excellence Awards. On hand at the ceremony was Co.Design senior editor Belinda Lanks, who delivered an on-point speech lauding one particularly apt realization: “Integration, rather than raw technology, has become the pressing problem of the world.”

While innovation persists across the tech industry, its real-world application relies almost entirely on the varying platforms’ abilities to come together in some functioning middle space. As Lanks adds, “For the most part, we have the raw technology we need. But its impact is blunted because it seldom works together, to the best ends. This is what designers, above all else, are good at.”

In the narrative of contemporary technology, Apple is the obvious example, though its impact has certainly spread outward. In late August, the resignation of founder and CEO Steve Jobs brought about a slew of homages that read like obituaries, the historical backing of which shared one particular moment: Jobs’ return to Apple after a 12-year hiatus, where he was bluntly confronted with a post-apocalypse view of a dying brand. Its competition, particularly Microsoft, had moved forward, producing technology on-par with Apple, but at lower prices. “It must have been a sobering, even ugly sight,” Co.Design’s Cliff Kuang recently said.

Two decades later, competitors are still producing at a lower price point, but Apple has invaded consumers’ lives across the board. The defining focus over this period? User experience. As Lanks remarks, “All the features in the world didn’t matter, if they didn’t work together elegantly.” Without the unity, our relationship with Apple, to the extent that it concerns PCs, tablets, and phones, would hardly be what it is today. As Joshua Topolsky argued in Engadget earlier this year, “In this new world, Apple no longer has to compete on specs and features, nor does it want to. There is no Mac vs. PC here -- only ‘the future’ versus ‘the past.’ It won't be a debate about displays, memory, wireless options -- it will be a debate about the quality of the experience.”

Developers, particularly those dealing with applications, are faced with a particularly complex set of technologies - a set that expands onward and outward as both hardware and software develop, as the PC wanders out of the limelight and our experience stretches across tablets and phones, social networks, and even other apps. Designers, as Lanks explains, aren’t pushing the hardware or software forward but, rather, pulling it all back together. Or, more dramatically, Lanks says, modern app designers are “compressing the world’s most advanced feats of computer engineering--functions that would fill an entire office building 50 years ago--onto a screen as small as your palm.”

Interestingly enough, this year, IDSA celebrated the innovation of the Microsoft Windows Phone, to some the anti-Apple, at the ceremony, with a People’s Choice Award in recognition of its development in user friendliness - a stark contrast to that brand Jobs saw after its 12-year hiatus, which was pushing Apple into bankruptcy almost entirely on the speed of its technology.

In terms of Microsoft’s development, the implications concerning Apple’s influence are obvious, but the effect is only now reaching the commercial masses. Consequently, a designer’s job is no longer simply to spread use across one brand’s devices. In fact, a survey recently published by Forrester Research found that 48-percent of information workers buy devices regardless of their IT departments’ preferences.

Consequently, as the New York Times reports, “Dell, Hewlett-Packard and Research in Motion, maker of the BlackBerry, have long dominated the workplace, but Apple and its consumer-friendly blockbusters — the iPhone, iPad and MacBook — have made major inroads.” Adding to the mix are online services like Google Docs, which are on pace to oust Microsoft Office in large part because of their ease of sharing. The landscape, in this regard, is changing as it expands, a cumulative process adding tasks to the designer’s role exponentially.

User-friendliness, the Times argues, is winning out, and the more it does so, the more Lanks’ thoughts hold true. A workforce utilizing devices based on personal preference is a more empowered one, moving more quickly forward with software that sways to its individuals’ will. What these individuals require, in turn, is a corresponding field of designers who can bring them all back together.