Escape the City: A New Job Site For Those Who Want to Escape the Corporate Grind

Two years ago, Mike Howe was an unfulfilled banker at Merrill Lynch in the United Kingdom. During that time, Howe and his fellow corporate friends,… 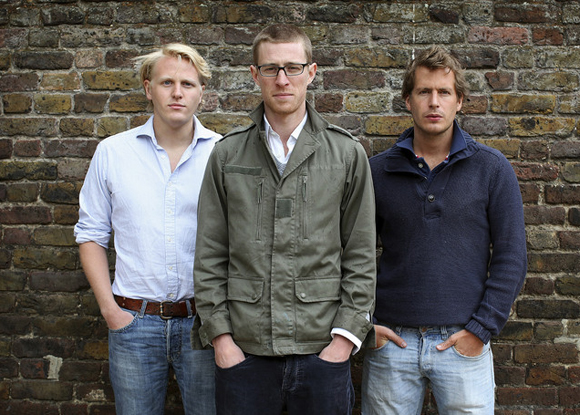 Two years ago, Mike Howe was an unfulfilled banker at Merrill Lynch in the United Kingdom. During that time, Howe and his fellow corporate friends, Ernst & Young consultants Rob Symington and Dom Jackman, realized they were not the only highly-paid employees searching for fulfillment outside the corporate grind. Two years later, the team, pictured above, have found that fulfilment: running Escape the City, a growing employment search website devoted to helping talented people escape unfulfilling corporate jobs.

Traditional, highly-paid corporate jobs are often financially rewarding, but that is increasingly not enough for many people. Many 20-somethings already regret their career choice and would like to get into another line of work. That trend may be represented in Escape the City’s own rapid growth: the site now has 60,000 members, including 10,000 in the United States.

The site’s own survey of its growing membership revealed a great deal about why they signed up: 90% feel like their current job is not their vocation, and 79% would like to change jobs within two years. So, while ditching corporate work is not for everyone, the prospect of finding work outside the traditional corporate world is clearly alluring to a growing niche of employees.

“Escape the City is really about showing people all the alternatives for their skills that they don’t really know about and helping people become happier in the process,” founder Howe said.

What are these different opportunities?  Escape the City presents several different options that appeal to various elements of their target demographic. Take a look at the job board and it is easy to notice the variation. For example, a job post added March 19th presents users with the opportunity to run a community project in Mozambique for five months during the summer. Alternatively, users can apply to a consultant opening at the Foundation, a small, innovation consultancy in London’s SoHo district. The opportunities are tailored to the clientele: some represent a clean, total break from a corporate past while others are a chance to use similar skills in a more entrepreneurial setting.

The jobs are united by a mix of entrepreneurial feel and social purpose. The site’s’ various members are all different and require different opportunities, but most want to do something that gives them a stronger sense of personal fulfillment. And the site is built around that collective sense of personal angst and desire for individual change.

“We built the business around the concept of building a tribe, a community; it’s about cultivating a close knit group of passionate users and using them to build something really great,” Howe said.