As any urban dweller will tell you, subways can be a trying experience. If you go to the wrong side of the platform, you could… 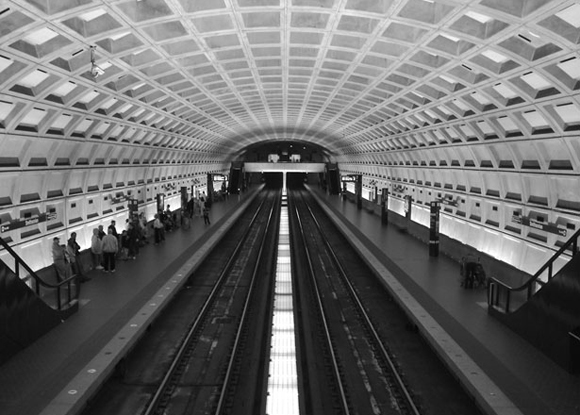 As any urban dweller will tell you, subways can be a trying experience. If you go to the wrong side of the platform, you could miss the train. Or, worse, you could end up in the busiest car of the train, crushed against the pole and holding on for dear life. That is where Metro Master comes in: the new application is designed to show users on which part of the platform to board so they get to their destination faster and get in the least crowded cars.

Metro Master was designed and built by David Glidden and Andrew Thal, two DC residents and George Washington University graduates. The idea for the application came to Glidden when he was riding the metro and realized that he wanted to know where to get on at each station so that he was in the most comfortable car and where to get off so he was right by the escalator.

“We realized there was no application for that,” Glidden said. “I thought if I made it, it would be useful for me and for many other DC metro riders as well. I talked to Andrew and we decided to do it together.”

Because each DC train stops in the exact same spot on the platform, Glidden realized it was possible to figure out the right spot to wait for the train. They then went to each station in the system and analyzed the layout so that they could provide that data to users.

Glidden and Thal also found statistics on the car densities on the trains, which help them create a heat index to point users to the cars that are the least crowded. Those two elements were also missing from all the train schedule and location services applications already available, which made focusing on entry points and density the natural choice.
“That was the core idea of the app.  We realized it was why we ourselves would buy it,” Glidden said.
In particular, they zoned in on the Heat Index, which was an essential component but the most difficult part of the application to design.
“Designing the Heat Index was the trickiest part,” Glidden said. “We knew it would take time and effort but the ability of the user to find the most comfortable car in a reliable way is the most unique part of our product.”

To build Metro Master, Glidden and Thal used BuzzTouch.com, an online service that allows users to create a basic structure for their application and then make personalized modifications.  Those modifications include customized design, which emphasized a black background and precise diagrams of the stations and trains. This methodology kept overall costs down while still ensuring that they produced a quality application.
It’s an application that Glidden and Thal hope DC Metro users will try out for themselves. And, while the application’s success is critically important, they definitely enjoyed the creative process involved in its creation.

“It was certainly a fun ride,” Glidden said.

Published by Andrew O'Hara on September 19, 2022.
Previous post Fluent: Streamlining Your Email ← March 23, 2012 Next post → Escape the City: A New Job Site For Those Who Want to Escape the Corporate Grind March 26, 2012