Ifttt: A Logical Solution For Your Apps

Jesse Tane and Linden Tibbets, Ifttt Co-founders   It’s often said that some of the best inventions started out as accidents. In the mind… 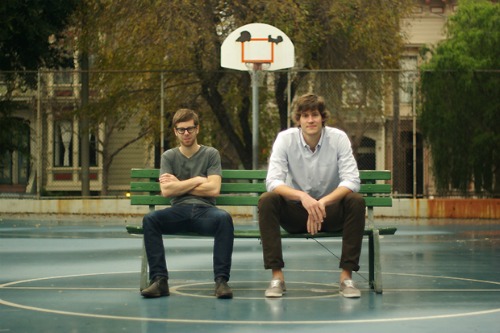 It’s often said that some of the best inventions started out as accidents. In the mind of a programmer, however, what some may see as an accident is simply a problem in need of a solution.Take, for example, Linden Tibbets, programmer-turned-entrepreneur. While waiting in line for Indian food in 2009, eyeing a solution to his hunger, Linden Tibbets’ mind was toying with logic problems. Having been immersed in Flash applications, he stared up at the ceiling and ruminated on the simple truth that every time an action takes place, another action follows. Shortly thereafter, his eureka moment came when he realized that simple event-driven programming logic (“If this, then that”) could be harnessed to allow anyone to put the Internet to work for their own gain. Inspired by Jane Fulton Suri’s Thoughtless Acts, Tibbets realized that context is key, and that, by changing the tools one has at one’s disposal, a wealth of new possibilities can be generated from the same equation.

While our ability to access information has become nearly limitless, creatively connecting that information is what truly drives innovation. As Tibbets noted recently, “We’re in a transition...we’ve been overwhelmed with information, but the tools to help us parse and understand that information have been lagging behind. I think we can take this overload of information and rise above it and sit on top of it again. By being more in control and saying where information goes, we can digest it without getting sick.” The impetus behind Tibbets’ resulting startup, Ifttt, is ultimately to enable anyone to take advantage of structures that are normally solely the domain of engineers.

With Ifttt, users can create a task associated with a trigger, which sparks an action through a channel, like Twitter, Facebook, or Instagram. For example, if an avid photographer wants to instantly back up any their photos, they can instruct Ifttt to post every photo they take with the app Instagram (one of Tibbets’ favorites) to their Tumblr. Furthermore, any task can be saved as a “recipe”, to be shared with the entire community. Tibbets likens Ifttt to “digital duct tape,” noting on the Ifttt blog that, “Much like in the physical world when a 12-year-old wants a lightsaber, cuts the handle off an old broom and shoves a bike grip on the other end, you can take two things in the digital world and combine them in ways the original creators never imagined.”

However, Tibbets recognizes that genius is one percent inspiration, 99-percent perspiration: “You have to feed that fire. You can be very intense for days on end, stressed out and banging your head against the wall. The answer that pops into your head may not be the one you were seeking, but it may be a way to reframe the problem.”

The effectiveness of Ifttt is credited in part to the fact that Tibbets has always been more focused on building a quality product than on the hype that has come to be associated with the startup culture in recent years. Successful entrepreneurs would undoubtedly agree that having a genuine passion for and interest in one’s project is crucial. With a background in computer engineering and probing interest in interaction design, prior to his work on Ifttt Tibbets dabbled in a startup that enabled users to vote on film ideas. However, he felt impelled to search for another problem that he could engineer a solution for: “Don’t look around at what everybody else is doing. Find something you’re extremely interested in and try to solve a problem that you have. Maybe even search for that problem. I think a lot of times people identify opportunities, and that’s all they are. It’s not something they’re really passionate about. It’s gonna take a lot out of you to get this on the ground. If you don’t have a passion for it you’ll get burned out.”

“We can’t solve problems by using the same kind of thinking we used when we created them.” - Albert Einstein

Tibbets also underscored the importance of giving yourself enough time to explore before settling on a particular direction on which to focus. “I think there’s also this general need to be able to experiment and be able to take a step back and listen to feedback,” he said. “You have to be able to walk away from something and figure out what that direction is, and take the time to be considerate about it.”  Whether you’re an engineer, and entrepreneur, or an ingenue, success hinges on the ability to step outside your comfort zone.  Perhaps Einstein was on to something.